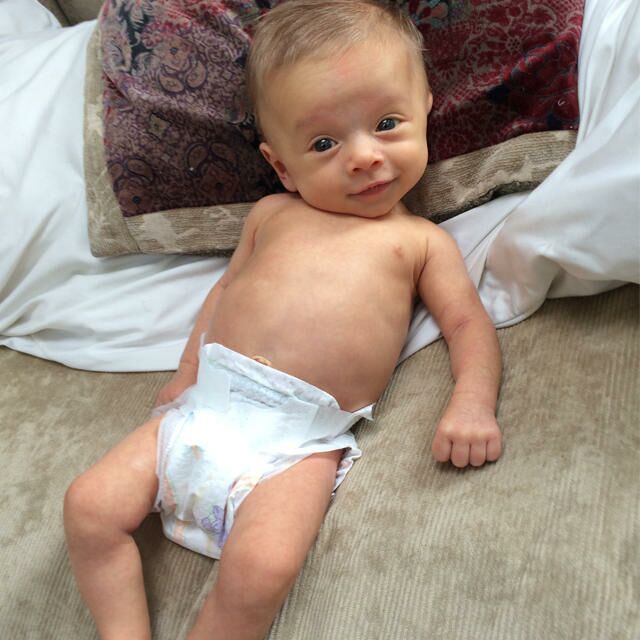 Confession: Before becoming a parent, I had never wiped someone else’s butt. Maybe I don’t go to the right bars. Anyway, it just hadn’t come up. But if it had, one might have expected a polite thank you. Perhaps an invite to dinner. Certainly not someone screaming in my ear like I was stabbing him. After all, I used a warm wipey.

We didn’t want to spoil the child, of course, but as first-time parents, we went overboard and purchased this machine (two of them, in fact) that pre-warms the butt wipes. Still, Lev’s reaction was not the attitude of gratitude you might hear from patrons leaving an upscale spa after a massage. “Oh thank you, it was wonderful, and here’s a tip for the nice man who wiped my bunghole.”

No. It was more like the reaction you’d expect from a Russian prison gang leader after you snitched on him and spilled his borscht. In this case, Lev didn’t shank me, but that was only because he hasn’t figured out how to use his opposable thumb and index finger. But as I gently tried to clean his lower gate, the boy shouted with rage, shock and indignation, his primal howl an implicit promise of retribution at some future date.

It all starts nicely enough. You notice your infant is making that face, all reddish and crinkled, and making a low mooing sound. So you go to change the diaper. While it seems anatomically impossible, he has pooped not only in the usual place but also somehow on his legs, ankles, up his back in a jagged smear to his neckline, as well as the back of his wrists and a dollop on each of his earlobes.

You are grabbing his ankles, swatting at his hands and using your teeth to open up a clean diaper, while pawing ineffectively at the butt-wipe machine with your foot, when suddenly you realize, you are not doing what’s called “a good job.” The situation has spun quickly and wildly out of control.

The baby is crying. You’re crying. There’s caramel pudding everywhere. If your partner walks in now, you will have some explaining to do, but at this exact moment, there’s no time to rest. And so you go on, flailing wildly, like a man sinking in quicksand while trying to save a donkey having an epileptic seizure. Only it’s less graceful. And stinkier.

Michelle and I had been having a little chat the day before because there was a pillowcase I loved and didn’t want to throw out. I had owned this pillowcase for years and it had sentimental value, but somehow Lev’s mustard attack emerged from the neck-hole of his onesie and turned my beloved linen into a Jackson Pollock. Just like that, Michelle won the argument about the pillowcase—we threw it out.

We didn’t have the luxury of throwing out the bed, floor, ceiling, the walls, but let’s just say we probably should have just doused the apartment with gasoline and set it ablaze. In any event, my beloved pillowcase, soft tender, organic cotton I had rested my face on for years, was now Lev’s toilet paper.

But that’s the amazing thing about being a father. You don’t mind losing an argument or an heirloom. You may be up to your wrists in E. coli, but you find yourself leaning in to his howling pie-hole, kissing that little button nose and laughing.

You may have tried drugs, alcohol, yoga, meditation or any combination of the above, but now for the first time, you are, for a moment, free of the terrible relentless weight of thinking only about yourself.

This is the oft-spoken of irony of parenthood. You have taken on a job with 24-hour workdays, no pay, no vacation, no rest and it requires you to handle someone else’s poo, and yet you are happier than you’ve ever been in your life.

A glimpse of liberation is right there in the palm of your hands. Screaming at you. And you’re smiling uncontrollably.