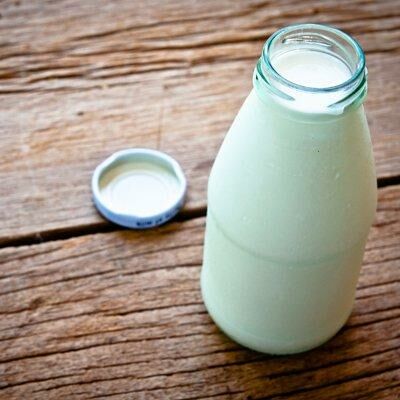 A new statement just realized from the American Academy of Pediatrics (AAP) states that even though moms and moms-to-be have been led to believe that raw milk is healthier and more nutritious — it’s actually not. Behind author Dr. Yvonne Maldonado, researchers found that between 1998 to 2009, more than 93 cases of disease outbreaks associated with raw-milk and raw-milk products and to date, raw-milk has caused 1,837 illnesses, 195 hospitalizations and two fatalities.

The researchers found that most of the infections were caused by E. coli, salmonella or by a campylobacter infection (which causes diarrhea, cramping, abdominal pain, and fever). Maldonado says, “We invented pasteurization to prevent these horrible diseases. There is really no good reason to drink unpasteurized milk.” Pasteurized milk has the same nutrients, proteins, vitamins and calcium, and is less likely to cause these types of infections.

So, sounds like it’s easy to make the switch, right? Wrong. In recent years, raw-milk advocates have pushed the benefits of going raw because it doesn’t contain the antibiotics and hormones found in pasteurized milk and because it may prevent a lactose intolerance (though there’s no formal research to back this). In a survey taken in 2011, researchers found that raw milk and its byproducts are legal in 30 states but that only a few states, California being one, allow them in grocery stores and supermarkets. In 1987, interstate shipments and sales of raw milk and raw-milk products were banned by the US Food and Drug Administration, but the agency is powerless when it comes to regulating products made in a state and sold in that state.

But now, a new policy backed by the journal Pediatrics, is in the works to ban raw milk on a nationwide scale.

Do you drink raw milk? Tell us why (or why not) below.