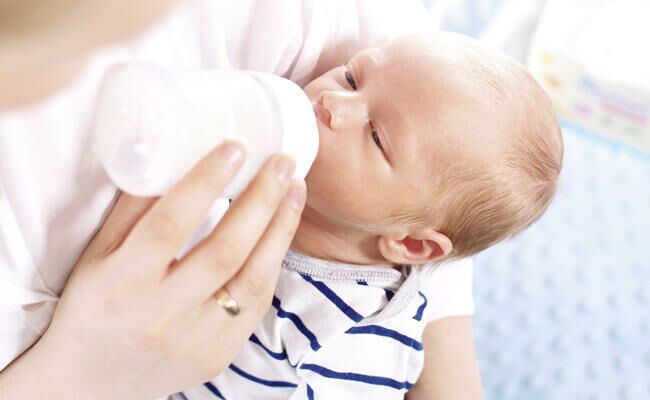 Typically, if all goes well, by a few weeks after childbirth, you can’t tell whether a baby was delivered vaginally or via c-section. And by the time your son or daughter is in preschool, you typically won’t be able to tell whether or not that child was exclusively breastfed. Despite all the controversy over parenting choices, most moms and dads do what’s right for their family at that time, and it all turns out just fine. But now, researchers are indicating there’s lasting evidence of each of these decisions. Both delivery method and diet can influence baby’s gut bacteria.

First, the delivery method findings: According to the JAMA Pediatrics study, babies delivered vaginally have more gut bacteria from the group Bacteroides, an important component of immune system development. On the other hand, c-section babies show higher levels of _Staphylococcus—yep, as in staph infection—_bacteria. However, researchers don’t yet know if this specific strain of bacteria is actually associated with staph infections.

Now, on to feeding differences. While babies who were exclusively formula-fed showed higher levels of the bacterium _Lactococcus _than breastfed babies, it’s currently unclear what that means for human health. Wondering about breastfed babies who are supplemented with formula? Their gut bacteria might not make them look like much of a breastfed baby at all.

The next steps? According to Madan, the team of researchers is aiming to better understand “how the gut microbiome works with training the immune system and how it relates to health outcomes in general.”

Writing a Birth Plan? There's a Tool for That

5 Things Every Mom-to-Be Must Do Before Baby Arrives

Preregistering With Your Delivery Hospital

How to Write Your Birth Plan

Make a Birth Plan, but Hold on to It Loosely

How to Discuss Choosing Baby’s Guardian With Your Partner

The Truth About Vaginal Seeding

Best Blogger Tips on What to Pack in Your Hospital Bag