Does Having a Baby Girl Change a Man — In Business? 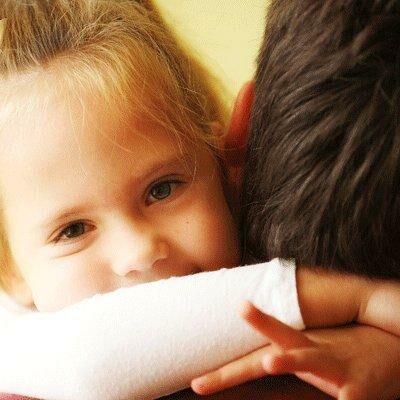 Led by researchers Michael Dahl, Cristian Dezso and David Gaddis Ross, the latest study examined the generosity and what inspires it in wealthy men. Instead of focusing on a broad-range of men, they analyzed why some male chief executives paid their employees more generously than others, using the results of tracked wages by male chief executives in more than 10,000 Danish companies over the course of 10 years.

Male chief executives paid their employees less after becoming fathers. Once they became dads, these male execs paid their employees roughly $100 less. Researchers attributed this a man’s need to be a good provider for his family, noting that these men felt the need to protect “his firm’s resources and his growing family, at the expense of his employees.”

Surprised yet? Because that’s not even the half of it. When Professor Michael Dahl and his team of researchers examined the results more closely, they found that the changes in pay boiled down to the gender of the male executives child. The men reduced the wages by $100 per employee when they were fathers to sons — but when they had daughters, there were no changes to employees pay.

Do you think most dads want a baby girl? We asked our community and here’s what they had to say:

“My husband was so convinced that we were having a boy, that when we found out we are having a girl his jaw literally hit the floor. I figured I would give him a couple weeks to let everything sink in. However, its been almost a full month and he still seems bummed.”

“It wasn’t till last night when i saw him looking at some onesies my mom bought for her and headbands that i bought that he kind of got over not having a boy. He started laughing and then said to me he can’t help but smile when he sees her clothes there!”

“I know my husband wanted a girl and he looks at pink fishing poles and pink camo hats for her when we’re out, try to incorporate his interests with her baby stuff.”

“My husband REALLY wanted a boy too, but when the tech said girl he was smiling from ear to ear!”

“My partner REALLY wants a girl and I really want a boy, but I am happy to have a baby—no matter what. I was always a tomboy and never understood all the girly stuff, so I think maybe that’s what scares me about having a daughter. But I am grateful to be pregnant and to be able to bring life into this world with a man who I love.”

Do you think having a daughter softens a man more than having a son?