Q&A: How Do Twins Develop?

It’s twins! How did they develop? 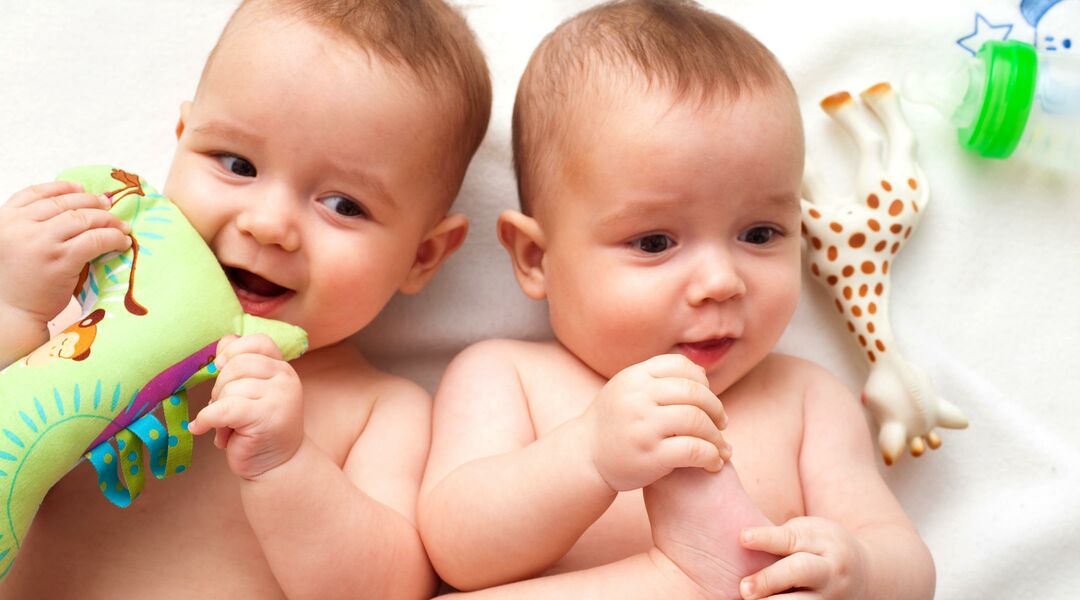 If you’re pregnant with twins, you’ve probably spent more than a few minutes wondering how planning for one baby suddenly turned into planning for two. Well, whether it’s a result of your age, genetics, or fertility treatments, having twins is something of a miracle (in fact, they make up a mere 3 percent of all pregnancies). Even if you plan to dress your babies in matching onesies (a sure way to elicit an “awwww!” from strangers), their similarities in appearance depend heavily on their development.

Identical twins develop after your fertilized egg splits in half and creates two genetically identical (aka monozygotic) embryos. If this happens a couple of weeks after conception, then each baby gets his or her own gestational sac and placenta. If they split up later, the two embryos will probably share the same sac (consider it a prebirth lesson in sharing!).

Fraternal twins (or nonidentical twins) develop when two separate sperm fertilize two separate eggs. This creates two genetically different (dizygotic) embryos. In this case, the only thing the babies will be sharing (for now) is your uterus (give them some credit — it’s not that big!).