Harvard-educated pediatrician, Dr. Julie Wolfson shares the story of how breastfeeding brought her and premature baby Max together. 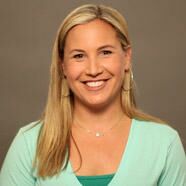 TB: Tell us about your initial experience with breastfeeding.

JW: My daughter was actually born eight and a half weeks early, and spent eight and a half weeks in the NICU [neonatal intensive care unit]. She was having a really hard time learning to feed, and the bottle just wasn’t working. She was this tiny little thing. She couldn’t even open her mouth wide enough to latch on. But there was an amazing lactation consultant there who got her on the breast for me at about two weeks of life. They kept trying to give her both the bottle and the breast so that she could get some extra calories from the bottle, and she just wouldn’t do it. But we found at last, that once we put her on the breast and let her breastfeed all day, that’s what turned her around, and we got to go home two days later with a fully breastfed baby.

TB: What was it like when you left the hospital?

JW: Oh, it was such an adjustment from being in the hospital because I had a lactation consultant on top of me whenever I needed her, and all of a sudden it was just us. We were home without nurses and she was still having a hard time feeding, but we got through it. She was awesome. I really think breastfeeding is what brought us together. I had this baby I didn’t know because she had been taken care of by nurses for two months. And so, I think that by being able to breastfeed and have her so close to me we’ve really bonded. I wouldn’t have had it any other way though.

TB: You were in grad school while breastfeeding, correct? How did you make that work?

JW: I would breastfeed while I was typing and had my books out in front of me. I think my baby knows more bio-statistics than I do.

TB: How did you handle all of that together?

TB: Do you advise breastfeeding as a professional?

JW: As a pediatrician, I would always advise someone to breastfeed their baby if they can. It’s the best thing you can do for your baby. It gives them the best nutrients and the best immune protection, and it’s the only food that caters to them every hour of the day at every stage of their life.

Having trouble in the beginning stages of breastfeeding? Lactation consultants are a fantastic way to get the help and support you need. We found Julie through our friends at The Pump Station in LA. Watch their web video series “Mommy Matters” for more advice.