When Sharing Becomes Shaming: the Question of Parents on Social Media 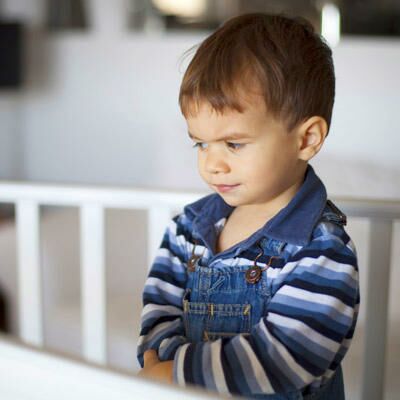 Punishing your kid has gone public, and one father is speaking out against it.

From endless Facebook photo albums to lighthearted  Instagram accounts, millions of adults document the highs and lows of parenthood through social media — but " kid shaming" is a growing problem, warns YouTube user  mikeknowsbest.

In the video, a father threatens to cut off his son’s hair as punishment for disrespecting him. At the last moment, he stops and tells him he loves him, and they share a hug before the little boy heads back indoors. Then the video becomes a direct lecture to viewers as the father slams parents who attempt to teach their kids similar lessons through posting online.

“I won’t ever in my life, ever, humiliate my own DNA on a social media network,” he says to the camera. “I’ve seen a lot of parents do that and it actually made me cry."

It’s a different kind of oversharing; instead of happy gushing and picture-perfect posting, parents share all the details of their kids’ slip-ups, accompanied by whatever punishment they carry out.

“We live in a society now where people want to record how they discipline their child," mikeknowsbest  continues, adding that "What goes on at home should stay at home.”

The idea is to embarrass the kids out of repeating the act ever again, but the attempts have sparked a lot of criticism, with many viewing the trend as damaging and downright humiliating. It’s a far cry from the social media " sports reel" trend that shares all of parenting’s best moments. But for totally different reasons, it will likely join it as one of the biggest sources of controversy in modern day parenting.