The singer gives us the lowdown on what it's been like so far breastfeeding baby Lyla — and why she's a fan of Hooter-Hiders. 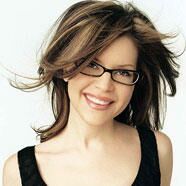 TB: What was breastfeeding like for you when you first started?

LL: They tell you breastfeeding is going to be this really natural experience and you’re just going to figure it out. They said to me, “As soon as possible — breastfeed!” Well, that’s impossible. You just had a baby… that came out of a small… hole. Then you’re supposed to take this baby and sort of feed like you’re in the wild or something. It’s really hard. I read a lot of books and I talked to a lot of friends. But when they gave me the baby to breastfeed, she didn’t know what she was doing either. Luckily there are breastfeeding consultants. I think that’s really important — to take advantage of breastfeeding consultants. But different people have different techniques.

TB: What were some of the hardest or more difficult parts to breastfeeding for you?

LL: Getting milk in, it feels like glass breaking in your boobs. It’s a really horrible feeling when you first feel it and you understand why some people might not want to breastfeed. You have to go through this process of letting your milk drop. At a certain point I started to make too much milk. That was one of the worst parts about breastfeeding. I would go to feed the baby and milk would be spraying out — right in the baby’s face. I didn’t know what to do. So I ended up hiring an official lactation consultant who came to my house.

TB: What have your experiences been like breastfeeding in public?

LL: I was scared to breastfeed in public. So I never did until I was on a plane and I took out my Hooter-Hider and I covered the baby and I stuck her on and at this point she could already find the boob without me actually having to really help her. I’m still not super comfortable breastfeeding in public. I feel like it’s my private time with my baby.

TB: Do you still have issues nursing Lyla or has everything pretty much fallen into place?

LL: There are lots of different elements about nursing a baby. The breaking glass eventually became just a sign to me that, “Oh my milk is in.” It didn’t hurt anymore. So it was definitely worth it to get through the milk dropping. But it is definitely a challenge. Sometimes when she’s over-eating her stomach is upset, or she’s coughing or spitting up. There are so many different elements. Right now I feel like I’m in a rhythm, though. There’s a feeling that I’m supposed to be weaning her but it’s so awesome because now I just pick her up and she goes right where she’s supposed to be.

TB: What’s your biggest piece of advice to other new moms who are about to start breastfeeding?

LL: With breastfeeding, you should at least try it. But you should get advice. Although people say it’s a natural process… it’s not natural. You have no idea what you’re doing. If what the consultant says doesn’t resonate with you, find somebody else to help you. Find somebody you feel comfortable with. Also: Make sure you massage your breasts. You don’t want to get lumps. It will get infected and that will hurt!