Why You Can’t Stop Comparing Yourself to Other Moms

All sorts of things have been happening to you ever since baby arrived: You’ve put socks in the dishwasher, leftovers in the cupboard — and you’ve even started pitting yourself against other moms you’ve met. What gives? 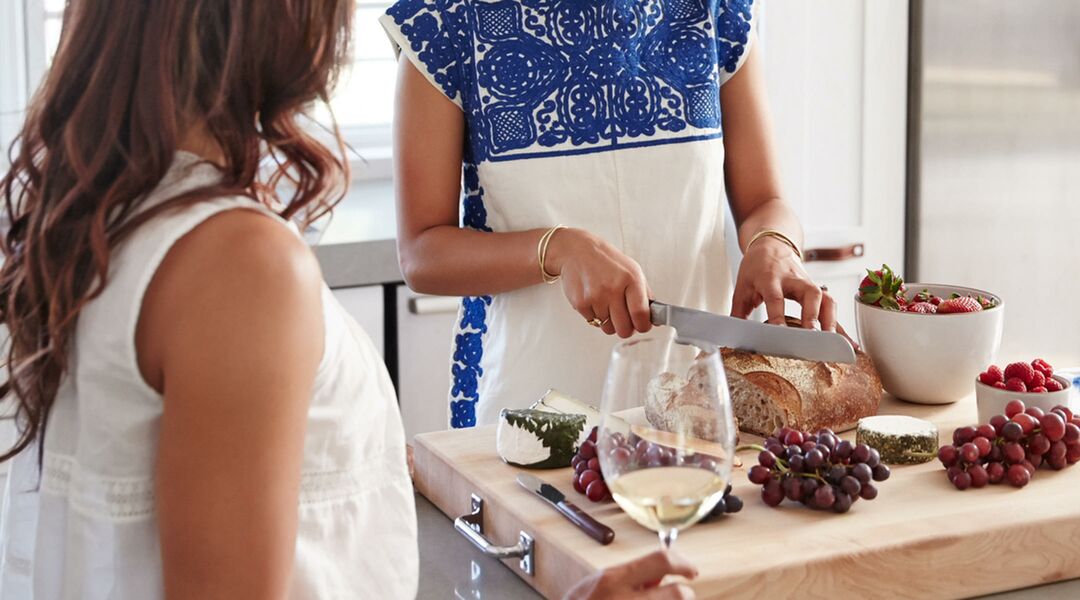 As a new mom, you’re carrying a lot on your shoulders: Taking care of your house, yourself, your partner and now, that (adorable) new baby. With so much to juggle, you’re not going to get it right all the time. It’s normal to feel like you could do better (everyone does!). You see those moms who look like they’ve got it all — perfectly coiffed hair, a smiley, happy baby, a killer bod and floorboards that sparkle — and it’s hard not to get jealous.

Amy Nobile, mother of two and coauthor of I Was a Really Good Mom Before I Had Kids, thinks that the problem isn’t just with moms — it’s with all women. “We seem to think we should do it all and have it all,” says Nobile. “The expectations of being a good mom are over the top and we become so insecure that we end up judging other moms in the process. All of a sudden we’re competitive when we should really be honoring each other’s choices." So why do you judge — and how can you stop?

Since the moment you announced “I’m pregnant!” to friends and family, you’ve been getting critiqued left and right on the choices you’ve made. Everything from your  stroller selection and the color of your nursery to your feelings on nursing (yes, you’ll do it!) and punishment ( time out is appropriate) have come under fire — so it’s easy to put the shoe on the other foot and judge other women based on their choices. “I joined a local mommy group after my son was born,” Jane B.* says, “and I was horrified after our first meet-up. I was hoping to make some friends and get advice, but when I let slip that my husband and I were believers in cry-it-out, the women started to attack. I left feeling like the worst mother on earth — and haven’t been back since.”

Given that, it’s only natural to go on the attack yourself. Angela C., a mom to twins, admits that it was easy to judge other women because it made her feel more confident in her own parenting skills. “I’d never say it to their faces, but I talked to my girlfriends endlessly about the things I thought other moms were doing wrong. At the time, I was so insecure about having being a mom and caring for a newborn that I didn’t realize I was judging them for things they were probably worried about too.”

Usually, it’s more about you than the mom you’re judging. “When I first had my son, I judged all of my mommy friends for the things they did because I wasn’t doing them,” says Linda. “I felt like I had to give myself the confidence boost by thinking that they were doing something wrong. Turns out, it was really just my insecurities talking.”

So before you point the finger at a mom that’s breastfeeding and you’re bottle-feeding, think about why you’re doing it – and whether it’s just your own inner guilt getting the better of you. You’ll end up saving yourself from saying (or doing) something you’ll regret.

Sorry, but there’s no easy answer here. We wish there was (really, we do!), but for every mom, dealing with the mommy wars is different. Sometimes it’s as easy as putting a face to the woman (and baby) you’re judging. “I have to stop and remind myself that, like me, this woman is a mom to some little baby — and she’s doing the best she can,” admits Sarah H. “When I put a face to the things I’m saying, I realize how unfair I’m being.”

One way to do that: put yourself in that other mama’s shoes – whether they’re Louboutins or Keds. Try talking it out. More likely than not, the person you’re judging can totally relate. After all, as new moms, you’re just trying to get through. “I’ve been on the receiving end of some seriously mean mom comments, so one thing I’ve learned is how to respond,” says Tricia C. “I try to make them see how they’d feel if I treated them this way — or scolded them on things they were insecure about.”

Are you a failure?

No! You’re a new mom with a new baby you’ve never met before, so it’s going to take some time before you get this whole mommy gig right. Think of  your mistakes more like bumps along the road. It’ll take some time before things are totally smoothed out, so in the meantime, do your best to make it through. “When I had my first son, if he so much as coughed I felt like I was a terrible mom,” says Logan L., “but then when I had my second, things changed so much. I wasn’t as hard on myself for the things I couldn’t control — and I let lose more often. I was really, really high-strung with our son but with our daughter, I relaxed. She was happy, so I decided I would be too.”

"What I’ve learned as a mom,” says Nobile, “is to really make peace with what worked for my family.” She notes that it’s really not about what (or who’s) right or wrong — it’s really just about learning to trust your choices and those new-mom instincts. You can’t be perfect all the time (and besides, who would want to be?) — but as long as baby’s happy, healthy and cared for, we think you’re doing a great job.

How to End the Mommy Wars