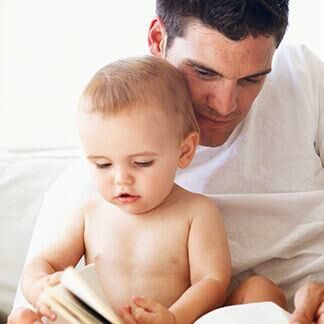 Just because your baby doesn’t understand a word you’re saying doesn’t mean story time is in vain. In fact, doctors are going to start recommending it.

The American Academy of Pediatrics  (AAP) announced on Tuesday that literacy promotion will become a big part of pediatric primary care. The AAP is asking that its 62,000 member pediatricians advocate for reading aloud every time a child visits the doctor’s office.

What’s the point? According to the policy statement, reading to your infant stimulates optimal patterns of brain development, and strengthens the relationship between parent and child. The language, literacy and social-emotional skills built during story time go a long way. By age three, children who have been regularly read to are more talkative than others. And by the time they enter school, they have a better grasp on reading and a significantly wider vocabulary.

Part of the AAP’s plan is to combat economic hardships that limit story time. A variety of culturally, developmentally, and linguistically appropriate books will be available at your pediatrician’s office, should they adhere to this new policy. A big form of support in this area is coming from Hillary Clinton , who announced at the fourth annual Clinton Global Initiative America that there will be a new partnership between Too Small to Fail, the American Academy of Pediatrics, Scholastic and Reach Out and Read. The aim is to make sure pediatricians have the tools to emphasize the importance of reading aloud. Scholastic is donating over half a million books, and Reach Out and Read is widening its outreach.

Do you make time to read to your child every day?