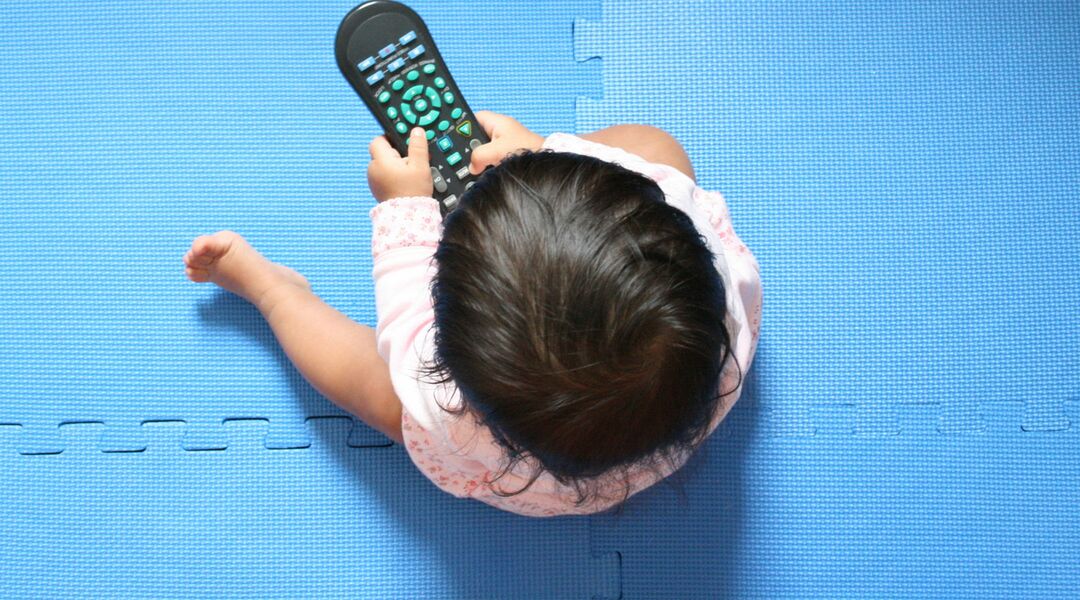 Image: The Washington Times / The Bump

Ever wonder if your baby is spending too much time in front of the TV? A new study led by nutritionist Margaret E. Bentley states that moms (especially mothers who are obese) are more likely to use TV to entertain and soothe their fussy and active infants.

Performed at the University of North Carolina at Chapel Hill, the findings examined the interplay of maternal and infant risk factors that lead to TV watching in infants. “In the past, studies have focused on maternal factors for obesity and TV watching, but this is the first time anyone has looked at infant factors and the interaction between maternal and infant characteristics in shaping TV behavior across infancy ,” said Amanda L. Thompson, a biological anthropologist in the College of Arts and Sciences and first author of the study. “And that’s important,” she added, “because mom and infant behaviors are inextricably linked.”

Looking at 217 first time, low-income mothers and babies, the researchers followed the mothers and their children in their homes at 3, 6, 9, 12 and 18 months of age. They looked at TV exposure, sociodemograhic and infant temperment data. They asked mothers how often the TV was on, if a  TV was present in the baby’s room and whether TV was on during meal times. Moms were also interviewed on their perception of their baby’s mood, activity level and fussiness.

Here’s what the results told researchers:

Mothers who were obese, watched a lot of TV and had a fussy baby were most likely to put their infants in front of the TV. By 12 months, nearly 40% of those infants had been exposed to more than 3 hours of daily TV — a third of their waking hours. In comparison, active infants whose mothers did not have a high diploma were more likely to feed their infants in front of the TV.

So, what is the problem with extended TV watching?

"Feeding infants in front of the TV can limit a mom’s responsiveness in terms of examining infant cues, such as when an infant is telling mom he is no longer hungry," said Bentley, who is also a professor of nutrition in UNC’s Gillings School of Global Public Health. “This work has helped us design intervention strategies that will help teach moms how to soothe their babies, without overfeeding them or putting them in front of a TV.”

Now, the most important next phase of the study will begin: several UNC researchers will join Bentley as she leads a newly funded study to develop home-based parenting strategies for infants to achieve healthy growth and development.

Do you let baby watch TV in your home?

These Ukrainian Teachers Are Fighting the War From Within the Classroom

Why Bonding With My Newborn Didn’t Happen Overnight
Article saved.Go to My Saved Articles
Article removed.