Pacifiers May Not Affect Breastfeeding After All 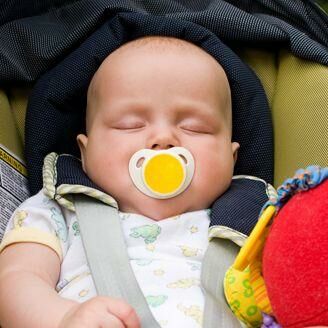 Pacifiers can get a bad rap, right? Some warn against using them while you’re trying to establish a breastfeeding relationship. But new research suggests they could actually help with breastfeeding.

In the study, researchers looked at the feeding habits of 2,249 infants born between June 2010 and August 2011. Before a certain date, pacifiers were given to all or most of the babies. After that, they were only given to those going through painful procedures and other special circumstances. After the new policy, they found that the rate of exclusive breastfeeding had dropped. Before pacifiers were restricted, 79 percent of babies were breastfeed exclusively. The percentage declined to 68 percent from January to August 2011. Also, before the restriction, 18 percent of babies were given supplemental formula, but that number increased to 28 percent later on. Researchers believe that this data will create a discussion on whether pacifiers should be restricted during the first few weeks of life.

Does your baby use a pacifier? Do you think it has helped or harms breastfeeding?