Study Finds Medications Safe for Breastfeeding Moms: Here’s What You Need To Know 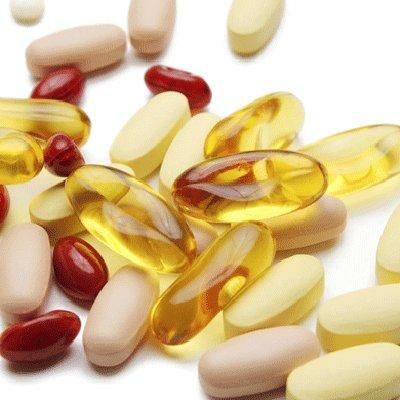 In a new report released by the American Academy of Pediatrics in the journal Pediatrics, the leading medical society noted that most medications won’t harm a baby through breast milk and that many mothers have been wrongfully advised to stop taking necessary medications when nursing (or told that they should avoid breastfeeding altogether).

Dr. Hari Cheryl Sachs, a fellow at the AAP said that, “This cautious approach may be unnecessary in many cases, because only a small proportion of medications are contraindicated in breastfeeding mothers or associated with adverse effects on their infants. Before assuming that you need to stop breastfeeding, there may be information that lets you know whether that is really advisable.”

She added that generally, advise to skip breastfeeding due to medication is often not evidence-based. So for the policy update, the committee reviewed new evidence on the potential effects from taking medications including increasingly popular drugs like antidepressants or prescription painkillers while they’re breastfeeding. They noted that certain drugs or herbal supplements could pose safety risks for developing newborns because high levels could accumulate in breast milk.

Those involved in the study found no concerns associated with taking medications except for the following drugs: pain medications, antidepressants and drugs used to treat substance or alcohol abuse or to help women quit smoking. The AAP suggested that these women may want to speak with their doctor about the potential risks before taking these drugs.

Women enrolled in methadone-treatment programs are still encouraged to breastfeed, as well as women taking nicotine-replacement therapy, as long as the amount of nicotine they are taking in is less than the amount they had previously smoked, due to how the drugs are absorbed. In addition the medications, vaccines that are recommended for a mom won’t interfere with an infant’s immune system development while breastfeeding. The vaccinations may even protect baby against a cold, the study authors reported.

While the AAP did admit that much remains unknown about how drugs for depression, anxiety and other behavioral and mental problems affect a baby in the long term, the authors did point out that many anti-anxiety drugs, antidepressants and mood stabilizers appear in a mother’s milk in low concentrations. The current policy update concluded that moms who wish to breastfeed baby while taking these medications should be counseled about the benefits of breastfeeding as well as the unknown health risks associated with these drugs and breastfeeding. They insisted that women who do decide to nurse monitor their infant’s growth and brain development.

Prescription painkillers such as codeine, oxycodone (Oxycontin), pentazocine, propoxyphene, meperidine and Vicodin (hydrocodone) were not recommended for breastfeeding moms.

For an up-to-date listing of medications and their safety concerns, visit LactMed, a website from the National Institutes of Health.

Does this change your opinion on medications? How to Increase Milk Supply
ADVERTISEMENT