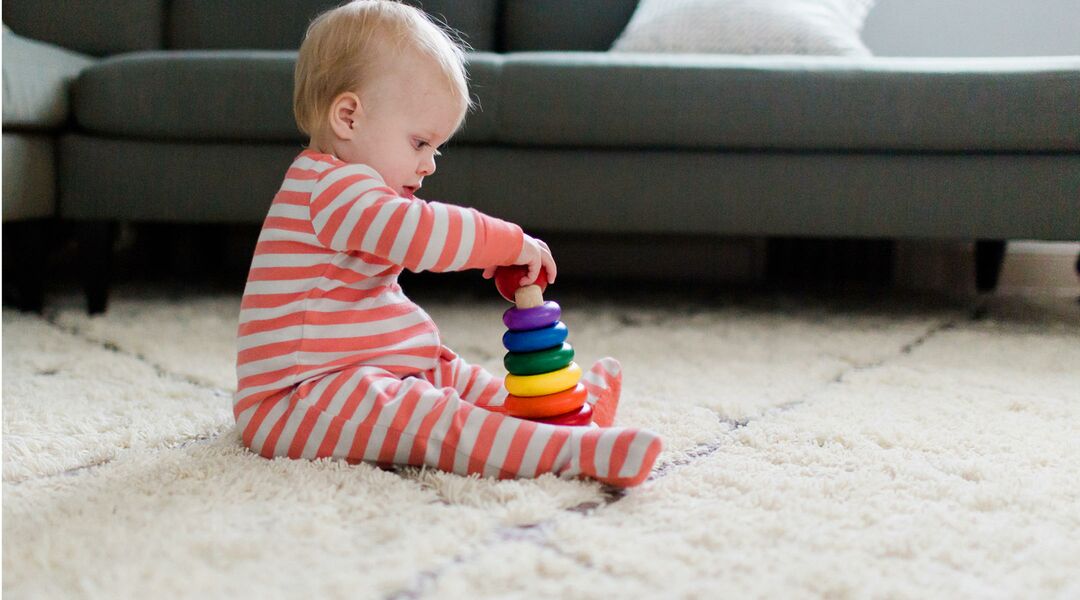 New research suggests that babies as young as a year-and-a-half can guess what other people are thinking_._ Yikes!

Study author H. Clark Barrett, an anthropologist at the University of California, Los Angeles, says that these surprising new findings may help us learn more about the social abilities that differentiate us from our closest living relatives, chimpanzees.

The study used a form of the false-belief tests , which is one of the few cognitive tasks that young children can do that primates cannot. In the test, one person comes into a room and puts an object into a hiding place. Then a second person enters the room and puts the scissors into his pocket, without the first individual noticing. When the first returns, the child is asked “Where do you think the first person will look for the scissors?”

The task relies on a child’s theory of mind, which is the ability to understand people’s perspectives. By ages 4 to 7, most children in Western countries can infer that the first person will look in the original hiding place because he doesn’t know that the scissors have been moved. For children across the globe, that answer comes at all different ages.

While past work has shown that if researchers don’t ask baby the question and instead follow the infants’ eye movements, children seem to understand the concept (that the first person will look for the scissors in the original hiding place) much earlier. But just how early? That was what Barrett and his colleagues were poised to find out.

So they studied all of the available children in three communities in China, Fiji and Ecuador from the 19 months to 5 years old, creating a live-action play with a similar set-up to the false-belief test, but with a few changes.

As the second man pockets the scissors, he pauses and says, “Hmm, I wonder where they’ll look for the scissors” to himself, while looking at the ceiling. The reactions were recorded via video and they were shocking.

The children consistently looked at the box (where the scissors were originally hidden) —which showed that they expected the first man to search for the scissors right where he had left them. This required the children to make sophisticated inferences about other people’s knowledge well before earlier researcher suggested they were able to.

Previously, scientists thought that the ability to understand other people’s perspectives emerged much later in children but now, new research supports that children are able to infer other people’s mental states much earlier in life and that this type of development looks the same across many different cultures.

Barrett says that humans are “very good at inferring other people’s mental states: their emotions, their desires and, in this case, their knowledge. So it could play an important role in cultural transmission and social learning.”

Do you think baby can read your mind? Are you surprised by this?