The Hangry Monster — the Real Cause of Most Toddler Meltdowns 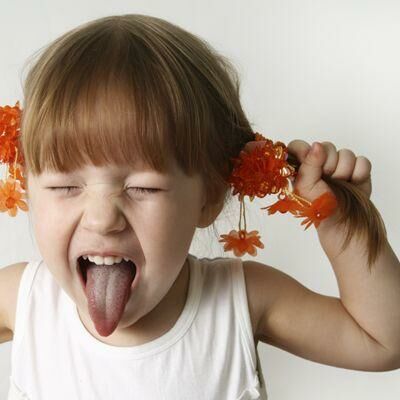 Picking up my three-year-old daughter, Lovie, from school at 3:30 like I do every day, I peeked into the window of her room and saw her sitting right in front of her teacher who read from a book. One of her classmates saw me and feverishly started pointing in my direction while nudging Lovie. She followed the classmates pointed finger, saw me standing there like a goofy madwoman waving and smiling, and frowned. I should’ve known then that the drive home would be hell-like.

After pulling out of the school’s parking lot, Lovie asked for some water so I gave her a bottle of water that was sitting in my cup holder. “It’s broke, Mama,” she said.

So that’s what she wanted: a new bottle of water. Right at that moment.

She proceeded to scream and cry while kicking the back of the passenger seat during the entire 45 minute drive home. I tried ignoring her and the screaming escalated. I tried telling her I understood what she wanted — even repeating it to make sure that’s what she wanted (to go to the store for water) — and that calmed her for three seconds until I stupidly said that she already had water in her hand.

The meltdown, the worst I’ve ever seen from her, became epic when I turned onto the streets leading to our neighborhood and she realized we weren’t going to the store after all. That’s when she started gagging and having a hard time catching her breath from all the screaming and crying… Because I wouldn’t stop at the store for a bottle of water… like the bottle of water she was holding.

I pulled into my spot in the back of the house and Lovie absolutely refused to get out of the car when I tried unbuckling her from her seat. I closed the car door, pressed the alarm button on my key chain to lock the door (locking her in), and walked to the front of the house to get the mail. It was that or I was about to start screaming and crying.

When I returned, Lovie wasn’t in her car seat and I had a mini stroke until I saw her sitting next to it in the middle of the back seat of the car. I opened the door and she screamed, “No I don’t wanna go inside!” I tried not rolling my eyes and screaming back; instead, I showed her a package of leggings that came in the mail for her. She stopped screaming and crying long enough to catch her breath and I continued to softly and calmly talk to her, trying to coax her out of the car.

Lovie looked at me with a wet face, sniffling and licking the snot dripping from her nose, and managed to whimper out a “Yeah.”

I scooped her up, promising her a banana inside the peel all to herself. We got upstairs and I immediately got her the banana.

“I can eat this in the living room by the tee bee?” she asked.

We walked together down the hall and sat on the couch where she devoured half the banana before putting it down and asking for more fruit. Apparently, girlfriend was the definition of hangry because she was normal Lovie the rest of night.

The thing is, I always — always — carry snacks for her with me in my bag. She knows this. She’s almost three and she’s been rummaging through my bag or asking for snacks for two years now.

So why didn’t she just ask me for a snack instead of demanding I stop for water, which she held in her hands?

I will never know.

But I do know that when the tears and screaming start coming, I must offer food to ward off that Hangry monster who I never care to see again.

Does your toddler have meltdowns often? How do you prevent and deal with them?