The Top 3 Grossest Things You’ll Get Used to as a Mom (Yuck!) 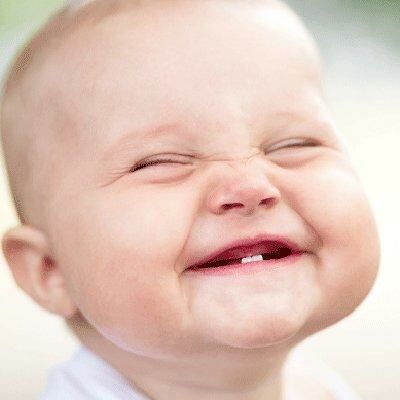 I’m always hearing about moms-to-be who are very concerned that they might, to put it delicately, “go number two” while they’re giving birth. And many new dads’ biggest fear is that they might pass out while cutting the umbilical cord. Well, I’m here to tell you that’s just the beginning of the gross stuff you’ll do as a parent. And guess what else? After a while, it won’t even bother you!

Here’s a case in point: Yesterday at breakfast, after listening to my 7-year-old son squawk about his too-loose-to-eat, not-loose-enough-to-fall-out-on-its-own tooth, I reached over and plucked it out myself. There was a little blood, a few tears, but one popsicle later, all was good. Later in the day, after a trip to the park, I realized the black fleck of dirt on my younger son’s face was actually a tick. I swiftly and painlessly dealt with that, too. This is huge, coming from a person who used to pass out at the mere thought of blood. But nothing fazes me anymore.

Here are three gross things I’ve gotten used to as a mom:

1. Dealing with another person’s poop. It starts in the hospital. Everyone’s focused on the baby’s first bowel movement. And when he finally has it, hooray! It’s not gross, it’s cause for celebration! Well, okay, it’s a little gross. And that tar-black stuff makes way for the loose, mustardy stuff, but you’ll get used to that, too. Toddler poop, on the other hand…

2. Removing another person’s boogers from their nose. I firmly believe that everyone should be in charge of their own boogers. But of course, babies are too small to blow their noses. So you get the icky job of suctioning their snot with a tiny turkey baster. Lucky you! And then you get to teach them not to pick and eat their boogies when they’re older.

3. Clipping another person’s finger — and toe — nails. When the baby is really tiny, it’s not so much gross as scary. Those teeny-tiny fingers! Those sharp nail clippers! Your shaky hands! And if, God forbid, you slip while you snip and draw blood… it’s awful. Then they get older and you’re stuck wrestling a wiggly person to the ground so you can get at his stinky feet and tame those talons.

Of course, the list of gross parent stuff is endless: getting spit up on, getting sneezed on, having your child spit out chewed-up food into your hand, taking your child into public bathrooms… It makes all that delivery-room stuff seem like nothing!

What’s the grossest thing you’ve had to deal with since you became a parent?