This Dad Supports Breastfeeding Moms in ​a Hilarious Way 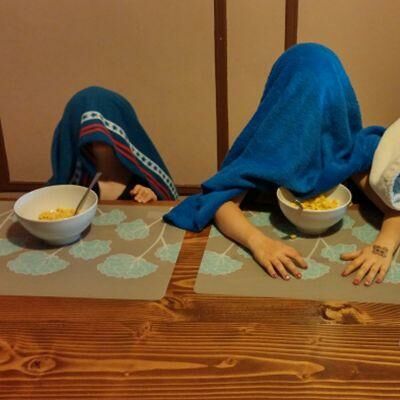 Moms are pretty good about supporting other moms when it comes to things like breastfeeding, but dads — not to mention kids — probably don’t quite understand your trials and tribulations.

Enter Jason Greene. On his blog OneGoodDad , he really hits the nail on the head for breastfeeding awareness. And he gets his older kids involved too.

“In honor of National Breastfeeding month, I made my kids eat their lunch under a blanket just like the old days of when they were infants,” he posts under a photo of the kids at the table. “It turns out it isn’t the ideal way to eat. Who knew?”

Greene adds a refreshing male voice to the idea that baby doesn’t necessarily have to be hidden under a blanket or tucked out of sight while she’s fed. Actually, it can be kind of awkward. Like we’ve said all along, breastfeeding is natural, and you should be able to do it whenever, wherever, however— sans blanket, if you choose.

Consider his post a lighter take on the When Nurture Calls campaign from May, which highlighted that bathrooms might not be the greatest or happiest place to nurse, although they’re often the only option for women. And, Greene shows that you can make a point about breastfeeding awareness without a knock-down-drag-out viral story of being shamed in public. Although you’ll probably make it onto our blog either way.

Did you cover up while you were breastfeeding?