My Life as a Mom in Haifa, Israel

Shalom from the Middle East! One mother shares what it’s like to raise three expat daughters in Northern Israel. 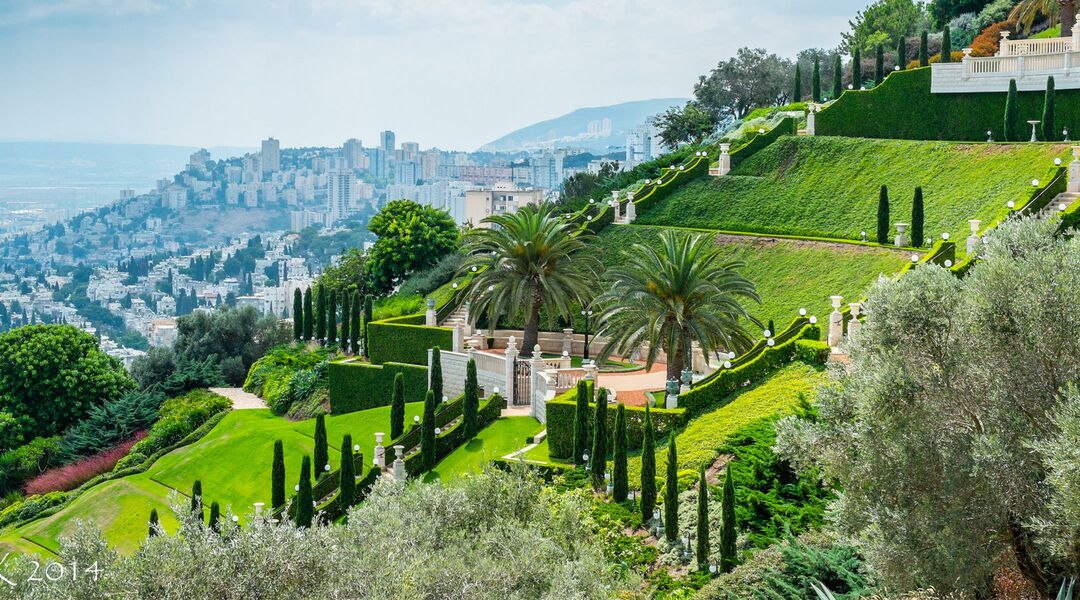 My husband, Yaron, is pretty outnumbered. We live in Haifa, Israel, with our three daughters: Eliah, Tamar, and Savyon. I spent the first two decades of my career working in publishing, mostly as a magazine copy editor. But part of me always wanted to be a teacher, and moving to Israel in 2011 presented the ideal opportunity for a career change. I found a profession where being a new emigrant from America is actually an advantage, and I’m in my second year as a high school teacher.

A tale of two countries

Yaron and I met in 1993, both in our early 20s. He was on his post-army trip (practically a requirement for young Israelis upon completing their mandatory army service), traveling around the US by motorcycle, and I was working my first job in New York City. He delayed his return flight to Israel by a year or so and we moved to Jerusalem together in 1995. We married in 1998 and our first child, Eliah, was born the following year. When Eliah was four months old, we returned to New York City. We had two more children; Tamar, born in 2001, and Savyon, born in 2008 . 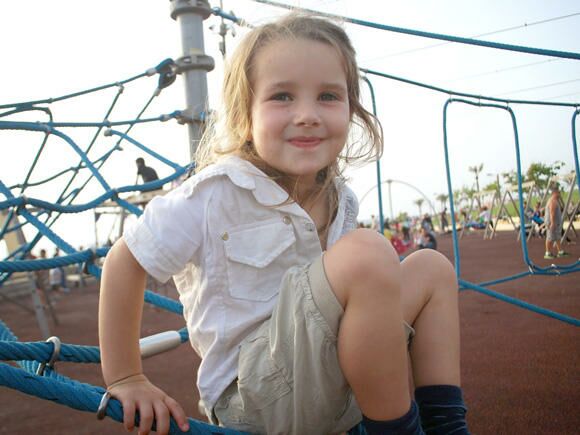 In 2010, we agreed to return to Israel. Yaron wanted his girls to speak Hebrew, to know what it feels like to be Israeli and to get to know his family the way they had mine in the States. In summer 2011, we landed in Haifa, Israel’s third largest city, built high on Carmel Mountain, overlooking the Mediterranean. Yaron had found a master’s program at University of Haifa and I was attracted to the idea of living close to nature, and far from the intensity and high prices of the country’s center.

Savyon was only two when we arrived and after four months in an Israeli nursery school, she summarily stopped speaking English. She’s the most Israeli of us all now, including my husband. The transition was rockier for my then 12- and 10-year-olds, though I believe they’re doing beautifully, speaking fluent Hebrew and succeeding in school. They have wonderful friends and are active in youth movements. 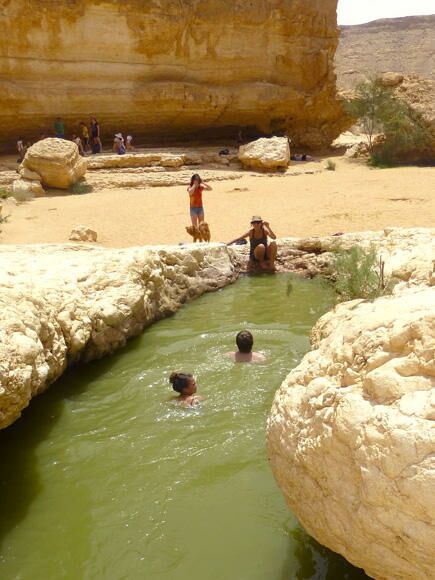 Be fruitful and multiply

After we married in 1998, I quickly conceived our first child. Being pregnant in Israel was interesting. Everyone who sees a pregnant woman on the street feels free to let her know what the gender of the baby is. Never mind if you already know. And how do they know? Based on the way you are carrying, of course. Big butt, full hips, round belly—it’s a girl. When you’ve gained just in the belly, and the belly is “pointy,” you’re having a boy. You could describe my shape as the latter one, so every time I left the house I’d have to endure complete strangers yelling out to me, “Boy, you’re having a boy!” When I told one lady that no, in fact, I was carrying a girl, and that I knew this because I had an amniocentesis, she just shook her head and looked at me like I didn’t have a clue.

The Torah tells us to “be fruitful and multiply,” and the Jewish State is willing to help make that happen for all families struggling with fertility issues.

Another big difference between having a child here and one in the US is the state support for IVF treatments. Until last year, any woman up to age 45 who was having trouble conceiving and who didn’t yet have two children,was entitled to unlimited state-funded IVF treatments. Now, there are some restrictions, but the difference remains. The state ensures that the ability to bring children into this world is not a privilege of the rich but a right of all its citizens. The Torah tell us to “be fruitful and multiply,” and the Jewish State is willing to help make that happen for all families struggling with fertility issues.

The whole process of going to your prenatal appointments, the tests and scans and then finally to the hospital to deliver the baby is very different here, in part due to the system of socialized medicine. First, you choose a doctor in your health plan. The doctor is situated in a clinic that also has ultrasounds, labs and whatever else you need to do in one convenient place. One-stop shopping is a real blessing when you are 30 pounds heavier with swollen feet! You go to the clinic, which in my case was walking distance to my house, whenever you need just about anything during the pregnancy. But once you go into labor, your doctor is out of the picture. You head to your preselected nearby hospital. Delivery is performed by two nurse-midwives who take care of your every need until the baby is born, unless intervention is required by a doctor, in which case the one on call is brought in. I delivered at Hadassah University Hospital Ein Kerem, in Jerusalem, and it was by far the best delivery of my three (the other two were in different New York City hospitals) in terms of bedside manner, professionalism and pain management. The midwives were kind-hearted superheroes and the doctor brought in to take care of my placenta, which was taking its time on the way out, was confident and capable.

The postdelivery stay was also markedly different, and more pleasant, than my two subsequent births in the US. First of all, in Israel there’s not a big rush to send you packing. All women stay in the hospitals for two nights, during which time you’re encouraged to rest and store up energy for the next 18 years to come. For new mothers, there’s a mothering class run by the nurses. Women are helped through the first difficult days of breastfeeding, taught to bathe and swaddle their newborns, and given information on a host of other issues, including nutrition, safety and how to play with your baby.

In New York, my kids ate cereal or waffles before they left for school. At school, lunch was at about 11:30 and consisted of a sandwich, fruit and a sweet snack. They didn’t eat again until after school at about 3 or 4 p.m., and there they were given pretzels and juice or could eat whatever was left over in their lunch bag. That meant they were starving by the time they got home and so it was a perpetual race against time to get dinner ready.

Here in Israel, they still start the day with a bowl of cornflakes (though they sorely miss their Eggo waffles, which aren’t available here). At school, there’s a 10 a.m. breakfast that the parents send, usually, a small sandwich, a hard-boiled egg, cut-up vegetables and fruit. School ends earlier, around 1:30 p.m., and kids go home or go to aftercare. Either way, 2 p.m. is a hot meat meal: chicken or meatballs, rice or couscous, and a salad. And dinner, served at home at around 7 p.m., is a light dairy meal: hummus and pitas, an omelette and a salad. I’m having a hard time getting used to this; our big meal is still at dinner time and at lunch my kids usually must make due with a sandwich. Old habits die hard.

Perhaps the mandatory army service that awaits all Israeli teens, both boys and girls, has something to do with the way Israelis parent: They dote endlessly on their children, but also give them room to spread their wings.

The kids are alright

We send our kids to music lessons, they play on sports teams and we hire private tutors when they’re struggling in school. But parents in general are a lot more laid-back here. Kids spend more time unsupervised from a young age. They play hard and get banged up more, both in school and at home, but we put on a Band-Aid and they go back to what they were doing. Older kids have more freedom and later curfews (some holiday nights they roam the streets till morning and there’s not a thing an ex-American mom can do or say to prevent it!). Perhaps the mandatory army service that awaits all Israeli teens, both boys and girls, has something to do with the way Israelis parent: They dote endlessly on their children, but also give them room to spread their wings. 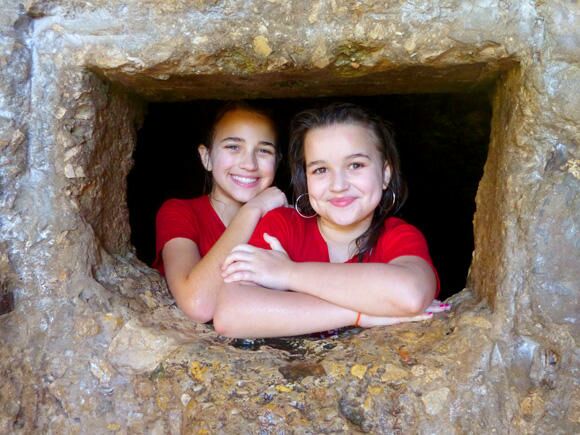 Playdates are rarely scheduled in advance. Kids knock on our door asking our youngest, Savyon, six, to come downstairs to play—by themselves. Our building has a large open patio on the first floor and they either play down there or in the grove of trees that surround our building. My older girls never did anything unsupervised in our Queens neighborhood until they started junior high. In our neighborhood in Haifa second graders walk themselves to and from school and even take care of themselves until their parents get home. They take public transportation alone from about third or fourth grade. This makes getting them to and from school and afterschool activities a whole lot easier.

Our day to day is not all that different from life in New York. There have been some noticeable differences though, like commuting time to work. Mine went from 45 to 50 minutes and several connections on the subway in New York City to 15 minutes in my car from Haifa to the nearby city of Nesher. That means more time with my kids and less stress waiting for trains, standing in a crowded subway car and being jostled by the crowds. The day also starts earlier and ends earlier here. Most of us in Israel are at work by 8 a.m., finish by 4 p.m., and are home by 4:15 p.m., whereas in New York my office hours started later and didn’t end till 5 p.m., which means I didn’t arrive home to be with my kids at home until close to 6:30 p.m. This makes a big difference in terms of scheduling after-school activities, having playdates and getting dinner ready.

Now that I’m a teacher, my days end at 2 p.m. (which means my youngest doesn’t need aftercare), I have off for each and every holiday my kids are on holiday, and, of course, there are the long summer breaks. Back in New York my two older daughters attended summer camp in Long Island. They absolutely loved it, and I’m certain it helped shaped them into the amazing girls they are today. But those kinds of camps don’t exist here. My big girls keep themselves busy with friends and youth movements, and Savyon hangs out with me. We go to the beach (which is just at the bottom of the mountain), the pool, the zoo, workshops at museums and other free events. I teach her English, and we see friends. It’s relaxing and fun, and though I kind of feel bad that she is missing out on the camp experience her sisters enjoyed, she’s a different type of kid, more of a homebody, and says she loves her summers at “Camp Mommy.” 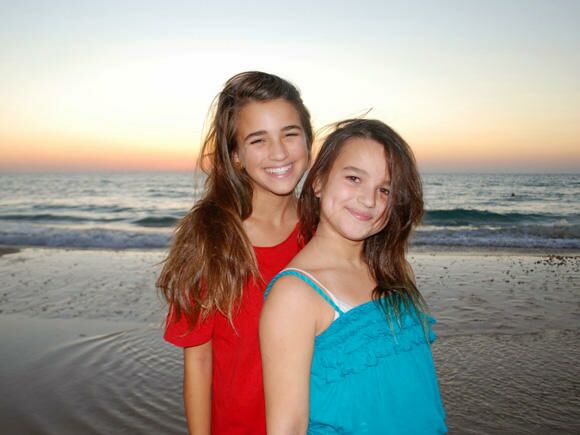 Naturally, it’s difficult that my children are not near my family back in the States. I try to come home every other year but the flight tickets alone for a family of five are ridiculously expensive (about $6,000!). Because my dad and brothers don’t come, I feel a lot of pressure to make the trip so the kids will have a chance to spend time with them and know my side of the family. Conversely, they have become close these past four years with their Israeli cousins and grandparents and that has been a gift.