The Best Viral Parenting Videos of 2017

We clicked, we watched—we laughed, we cried. Relive it all over again with the 17 best viral videos of the year. 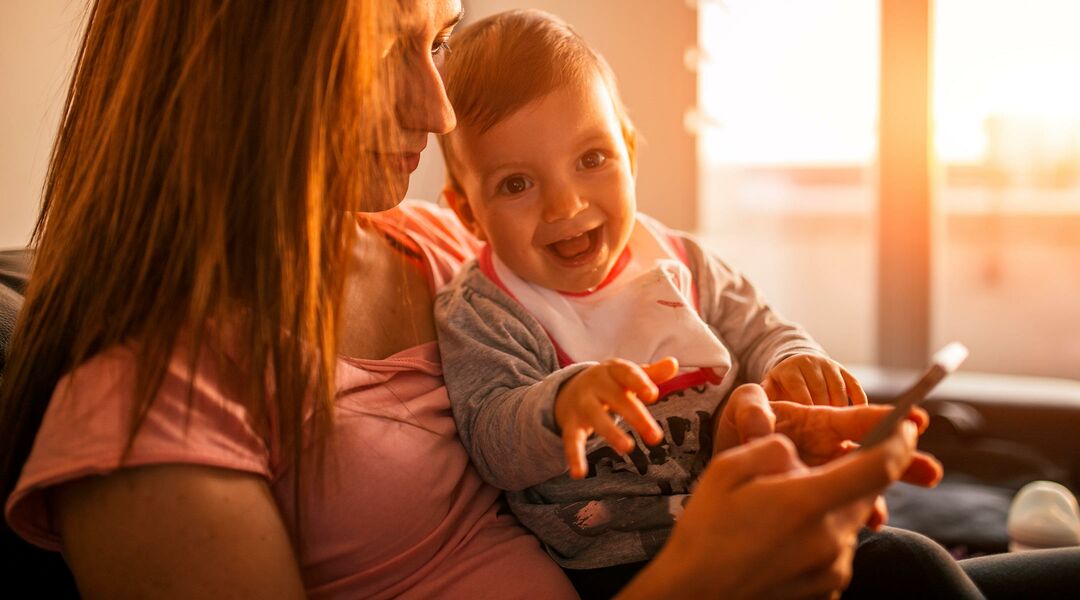 There’s a lot of nail-biting, stress-inducing news peppering our collective Facebook feeds these days, which means we need funny, sweet, downright entertaining parenting videos more than ever. And this year, we were in luck. We’ve gathered up some of our favorite videos-gone-viral of 2017. Prepare to feel the feels all over again.

The Best Baby Interruption of All Time

It’s impossible to highlight the best viral parenting videos of 2017 without mentioning the by now world-famous interview interruption: A prancing toddler and her infant sibling (seated in a wheeled baby-walker) epically crash their dad’s live, on-air interview with BBC News. Working parents everywhere (47 million, to be exact) laughed ’til they cried as they witnessed the scene unfold, with mom frantically dashing in after the kids to shoo them out the door.

You’d be hard-pressed to find a parent who can’t relate to this viral Facebook video, which has clocked 21 million views so far. Here, we see a mom laying on her back on the floor of her son’s nursery, slowly attempting to inchworm her way out of the room without waking the baby. She is all of us.

Shane and Kasi Pruitt were already the proud parents of five children when an unexpected phone call bumped that number up to six. In this widely watched video (over 206,700 views on YouTube), Kasi introduces their newly adopted baby girl to two of her older daughters. The thing is, this was a surprise adoption (what’s dubbed a stork drop adoption, where the Pruitt family needed to be ready to pick up a new baby at a moment’s notice.) The girls’ reaction could not have been more touching: “ARE YOU KIDDING ME?” the younger sister yells as mom enters the room with the infant in her arms. Big sis sobs uncontrollably—and we’re right there with her.

The next time you get all cynical about early holiday store displays, remember sweet baby Mick and his precious reaction to all the holiday goodies on view at Costco’s Christmas wonderland. With his big eyes, wide open mouth and so many ooohhhs, it’s impossible not to feel the holiday spirit. Mick’s mom, Hannah Law, originally shared the video via her personal Twitter account, but once the popular Facebook page Love What Matters got ahold of it, a whopping 12 million people witnessed Mick’s pure joy.

Jessica Mags bought her kids an adorable unicorn toy—with a nasty surprise. In her video, which has been shared well over a million times, she presents the big-eyed unicorn to her smiling son. But his brief joy turns to utter fear when, with the press of a button, mom transforms the toy into a hellish creature with fangs and a fierce scowl. For those waving their that’s-cruel finger at Mags, know that the little boy asks to watch the video over and over and is laughing now too.

Tannin and Katie Pease originally planned to announce their third pregnancy during Katie’s second trimester. At first, the pair was keeping mum because of their history of miscarriages, but then they decided to keep the secret longer simply for the thrill. “I just thought it would be such a fun surprise,” Katie said. “People would just be making quick glances to my stomach and I could tell they wanted to ask, but they didn’t—because it’s not polite to ask.” In this video, viewed 127,000 times, we see Tannin’s mom find out the big news—a day before Katie is due to deliver. (The purse-toss is the best!)

Want to get the quick-n-dirty of pregnancy, from conception to birth? This now-viral video from Glamour sums up 40 weeks of pregnancy in a mere two minutes. And it not just cutesy—there’s science in there too, helping to rack up 19 million views (and counting).

Celeb Gets Real About Breastfeeding

Back in August, a teary Whitney Port (of The Hills fame) shared a short, candid video about her breastfeeding struggles on Instagram. “I’ve heard people talk about this pressure from other mothers and other people and I never thought I would let it get to me,” she says—but confesses that it has. “I think that I’m a pretty strong person and I don’t really compare myself to other people or what other people are doing, and now I’m doing exactly that.” Her post garnered over 610,700 views and 5,540 comments on Instagram. Can you say relatable?

We dare you not to laugh along with baby Louis as he guffaws with his grandpa. When the Facebook page Love What Matters shared the original YouTube video, 1.2 million people got to crack up with this sweet granddad-grandson pair.

Pregnancy craving are no joke—just watch this video that Jason Wardell posted of his 24-week pregnant wife for proof. More than 11,000 people have watched her wipe away tears of happiness after spying a Hershey’s Symphony chocolate bar display at the store. “I just really love Symphony bars,” she sobs before walking away with two bags of chocolate in hand. “Are you going to be okay? Do you need to buy both of those chocolate bags?” he asks. Of course she needs both, Jason!

Trying on swimsuits might be painful for some, but it’s downright hysterical when Kristin Hensley and Jen Smedley do it in their I Mom So Hard video, which has garnered 19 million views. Here, the mom-comedians riff on the fact that men get to wear baggy tees and long shorts to the beach (“This is more than I wore to the prom!”) and women are stuck with horrid cutout bathing suits that leave them anything but confident. (“You can’t discipline in this!”) In the end, the pair show off what they really wear to the beach, and moms everywhere gave a virtual thumbs-up.

The Baby That Delivered Herself

This jaw-dropping video of a gentle c-section has been viewed more than 119,140 times—and for good reason. It’s amazing! With this clip, we get to witness a baby seemingly delivering herself.

We’ve all sucked in our bellies for a photo op or when strolling on the beach in two-piece—but sucking in a baby bump? You’d think it was impossible, but a couple of widely shared Instagram videos prove otherwise. Here, we see super-pregnant women practicing the fitness technique called the Belly Pump, where they contract their pelvic floor and deep core muscles at the same time, which lifts baby into the rib cage. You gotta see it to believe it!

The Parenting Power of OM

With 39 million views and 395,000 shares, new dad Daniel Eisenman got a ton of attention for his unique baby-calming trick. In his viral video, we see Eisenman quickly and effortlessly soothing his daughter Divina’s cries with his deep and steady yoga Oms. She quiets in seconds, leaving viewers floored.

Here, Maryland mom Nicole Walters gets real with her viral video on dealing with the suburban parenting staple of small talk at the school bus stop. Wearing her clothes from the day before, she hides in her house while riffing on the “traumatic” experience of chatting about weather, the PTA and the punctuality of the bus with “perfect” neighborhood moms who put on their bras (gasp) and drink coffee from nice mugs. With 585,000 views, Walters clearly struck a chord.

Emily Puente, a chiropractor and pregnant mom-of-two, graciously shared a little car seat-carrying secret that’ll save all of us some aches and ouches. Puente simply turned an infant car seat to face her, and instead of resting the handle in the crook of her elbow, she moved her hand and grasped the bottom of the seat where the handle meets the base. You could almost hear a collective “ohh” coming from the 5.3 million Facebookers who watched the video.