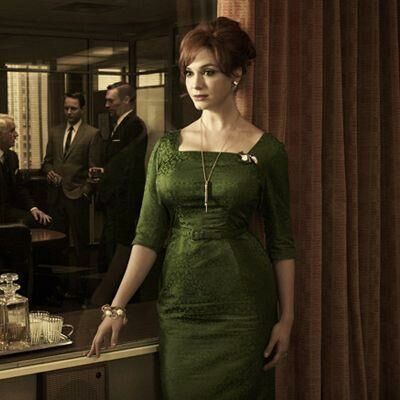 We’re totally obsessed with _Mad Men _over here. We love the salacious storylines, the retro fashion and of course, dreamy Jon Hamm. But it really did suck to be a woman back then. We recapped the worst parenting moments on Mad Men, but what was it _really _like to be a mom back then? Do we need to cut Betty Draper some slack on her parenting skills?

Childbirth took two hours less in the ‘60s than it does in 2012.  That’s partly because women were less likely to receive epidurals, which can increase labor time by 40 to 90 minutes. Also, delivery practices have changed since 1960 — more docs back then were more likely to use forceps or perform episiotomies (yikes!).

Odds are, you wouldn’t work while pregnant

You wouldn’t have maternity leave

What maternity leave? According to the U.S. Census Bureau, the percentage of women who received paid leave before or after their first birth was 16 percent from 1961 to 1965. Nowadays, the opportunity for maternity leave depends on the level of education, over 64 percent of women who have a bachelor’s degree or higher received paid leave in 2006 to 2008.

You would probably name your baby boy David, Michael, James, John, Robert, Mark, William, Richard, Thomas or Steven. If you had a baby girl you’d probably name her Mary, Susan, Linda, Karen, Donna, Lisa, Patricia, Debra, Cynthia, or Deborah. According to the Social Security Administration, those are the top 10 boy and girl names in 1960.

Do these facts surprise you? Would you like to have been a parent in the 1960s?