Rise and Shine! What Moms Around the World Serve for Breakfast

Some food for thought: have you ever wondered what the first meal of the day looks like for babies and toddlers around the world? In the US, the first meal of the day often looks like some variation of this: milk, cereal, yogurt, toast and juice. But ask moms in other countries what breakfast looks like and the responses get pretty interesting. (Rice porridge with pickled tofu, anyone?) Here, a fascinating look at what moms in 12 countries are cooking up. 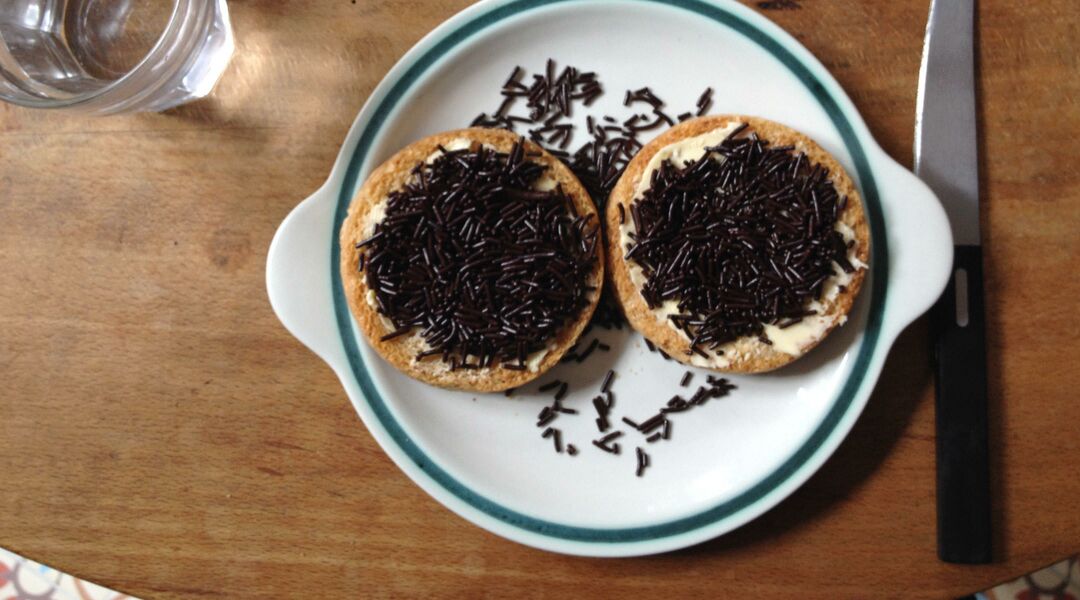 South Indian kids wake up to the smell of these savory round cakes made of black lentils and rice. Idli is often prepared the night before so that the mix can ferment, and is then steamed in the morning for that fluffy texture. (Ah, modern conveniences: instant idli mix is also available in stores.)

Japanese kids get their grains in the morning, too — but in the form of cooked often with rice, not cold cereal. The rice is topped with natto, a gooey, fermented soybean mix with a one-two punch of strong flavor and, some kids say, an even stronger smell.

Then there are nations that unabashedly embrace their inner five year old — and that special place is The Netherlands, where children and adults alike eat sprinkles on toast. Here’s how it works: bread, butter and a generous topping of chocolate-, fruit- or licorice-flavored hagelslag. And you thought tulips made the Dutch happy.

Incredibly popular in Caribbean cuisine, plantains are thick, sweet, and served as a side to any (or every) meal of the day. For breakfast, a Jamaican tot might munch on plantains that are fried, baked, or mashed into a porridge.

It’s not uncommon for Brazilian kids and even toddlers to enjoy a milky cup of joe in the morning. Although Brazil is no longer the world’s biggest producer of coffee, the drink continues to play a huge role in the country’s culture.

Another rice-based dish, this thick porridge (also called congee) is a catch-all: warm, filling, starchy, and easy to customize with your own flavors or spices. Popular toppings include pickled tofu, soy sauce, and preserved veggies.

We’ve heard a spoonful of sugar makes the medicine go down, but what helps with cod liver oil? Apparently not a problem for Icelandic children, who take it straight-up in the mornings to get their daily source of Vitamin D and omega-3 acids.

Pancakes have been a breakfast staple for centuries, but this sweet, ultra-thin version was originally created in France, where millions of kids enjoy them each morning. For a little health boost, they’re often filled with fruit… but also often dipped in hot chocolate, a popular morning beverage for French kids and adults alike.

Swedish kids can eat this soured milk with a thick, yogurt-like consistency on its own, or pair it with cereal or granola. Worlds away from super sugary-sweet breakfast cereals, filmjolk generally has a more subtle flavor.

This thick porridge is made with either cornmeal or rice, and is mixed with milk to help kids get the vitamins and nutrients they need. Whether they eat rice or cornmeal phala, kids prefer it sweetened with sugar on top.

Pakistani children add a splash (literally) to their milk with rooh afza, a concentrated syrup made from fruits, vegetables and herbs. The sweet drink is similar to strawberry milk, another kid favorite, but the rose scent and pretty pink color just makes it even better.

Never mind going light or sweet for breakfast- Korean kids wake up to a full-on side dish of salty, seasoned veggies. Popular kimchi varieties include cabbage, radishes, and pickled cucumbers. Very young kids can get overwhelmed by their first taste, but it’s almost guaranteed to become a favorite later on.