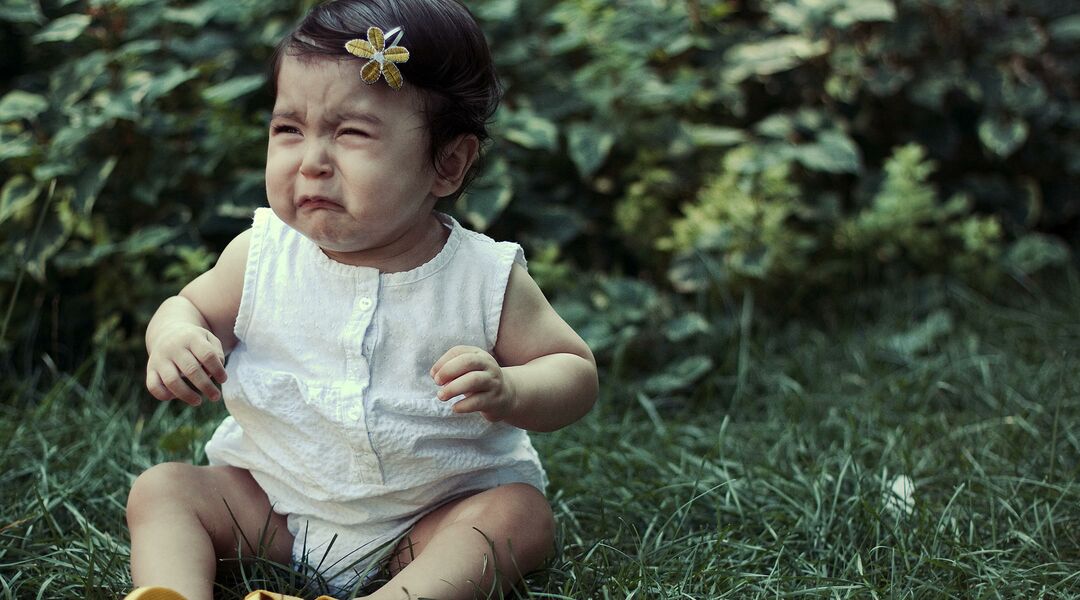 Let’s admit it… we’ve all been the judgmental parent on the airplane or in line at the grocery store or at the playground who looks disdainfully upon the misbehaving child and his parents. We’ve all thought OMG, can’t you control your child? or How can you just let him act like that? Even after having kids, most of us lack empathy in those circumstances, at least on occasion.

I found myself remembering, and repenting, all the times I have been THAT parent last weekend when my kid was, once again, THAT kid. My fiery 8-year-old played in his third tennis tournament, after placing first and second in the first two. I guess he expected to do well, and when faced with a formidable opponent, crumbled under the pressure, loudly insulting himself with every missed shot, then slamming his racket into the clay court as it escalated into a full-blown meltdown.

There I was, paralyzed on the sidelines, witnessing the heart-wrenching struggle of my child with himself, and keenly aware of the scornful stares coming from other parents who wondered why I didn’t yank him off the court or do something. My shoulders rose toward my ears with tension and my throat closed so that I couldn’t swallow and I could barely breathe. I took deep breaths to calm myself, in hopes that I could somehow transmit that calm from afar to my smoldering child. I felt that I should do something, but I didn’t know where to begin. Even in my altered state, I knew I should not succumb to the overwhelming desire to drag him by his ears off the court and beat the living out of him.

I realized then, well a little later, actually, that I need a game plan when the ca-ca hits the fan. It occurred to me that I have stumbled and tripped my way through parenthood like most of us do, taking care of the essentials and making sure my kids know that they are loved, and otherwise pretty much holding my breath hoping that nothing bad will happen. When it does, I usually have no idea what is “the right thing to do” and end up paralyzed, trying to stay calm and waiting on the situation to resolve itself at least to a manageable level. I have new-found empathy for the mom whose toddler was known for smacking and punching babies in our playgroup. I couldn’t believe her inaction and seeming tolerance of his behavior. Or the mom whose kid always stole all the toys in the sandbox.* What was wrong with her? Why didn’t she do something?* She probably had no idea what to do, and the piercing stares of her judgmental peers only made matters worse.

So what is the right thing to do, when your kid is THAT kid, and you feel the stares, and your reaction is to either crawl in a hole? I asked Amy McCready, founder of PositiveParentingSolutions.com and author of If I Have to Tell You One More Time, for some tips in these cases:

“As hard as is, ignore the gaze of other parents,” says McCready. “We’ve all been there and worrying about what others think almost always leads to a response that runs contrary to your child’s best interest. (Like blowing up or doling out punishments.)” McCready recommends a 4-step process for you to (calmly) follow:

1. Separate the feelings from the behavior. Remember…all behavior is telling us something. Focus on what the child’s behavior (on the outside) is telling us about what he’s feeling or thinking (on the inside). Is he feeling overwhelmed, embarrassed or exhausted? Respond to that feeling from the heart; you can deal with the “behavior” later. Offer comfort, reassurance and empathy to help him process the feelings.

2. Take time for training.  After the emotion has passed, help your child understand that feelings are always okay, but some behaviors are not. Role play what he can do next time he’s feeling frustrated at school, angry with a friend or nervous about a game. Practice the alternative behaviors — over and over again! For young kids, invite action figures and stuffed animals to the performance!

3. Create a secret code. Decide on a non-verbal, super-secret signal you can use to cue your child in the heat of the moment. Even though you did the training, it may not kick in right away when emotions are running high. Use your your secret code to remind him of the alternative behaviors you practiced.

4. Be consistent. The more opportunities your child has to practice identifying feelings and role-playing helpful behaviors, the sooner he’ll be able to call on those strategies without any help from you.

Sounds like hard work, but no one ever said this stuff is easy. Deep breathing is a good start but needs some follow up. Following McCready’s approach, I guess my reaction should have been to wait for a break and calmly speak to my son about his fear of losing, reassuring him that it’s okay to lose, but that he still had a chance to play a nice match and win at least a couple of games. Instead, I stopped the match after the first set and pulled him off the court (gently, and not by his ear) and told him loud enough for the gawkers to hear that he was grounded. Not my best parenting moment. But one to learn from. And if it weren’t for the tough times, when would we ever learn?