Why Your Daughter Will Be More Mature Than Your Son 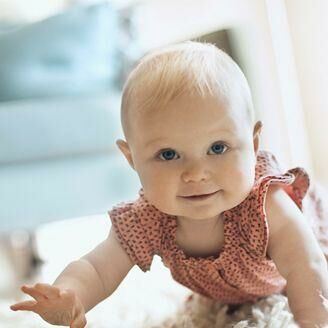 I’ve said it before and I’ll say it again (and this time, there’s research to back it up!) but girls really do mature much earlier (and much more quickly) than boys.

New research published in the journal Cerebral Cortex found that girls’ brains march through the reorganization and pruning typical of normal brain development earlier than boys’ brains do. The translataion? Girls’ brains are doing the same things as boys’ brains — only faster. Does that make us cooler or what? Anyway, for the study, 121 people aged 4 to 40 were scanned using MRIs and scientists documented the ebb and flow of new neural connections. They found that some brain fibers that bridged far-flung regions of the brain tended to remain stable while shorter connections were edited away. But most importantly, the entire reorganization of the brain seemed to occur much sooner in girls’ brains than it did in boys’. Further proof that men are truly from Mars? The fast-as-lightening reorganization leads researchers to believe that girls’ brains are working more efficiently, which means they’ll mature sooner.

Another startling outcome of the study? Researchers found that females were more likely to have more connections across the two hemispheres of the brain.

Do you think your daughter will be more mature than her brother?