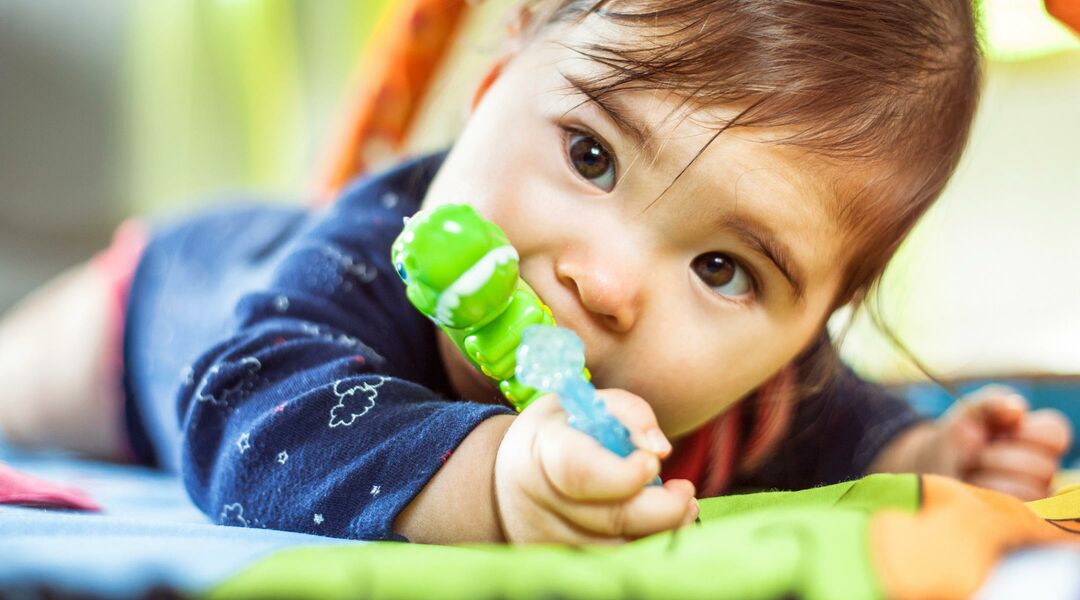 Will my baby bite me when he gets teeth?

Possibly, yes. When baby is teething, his gums will be sore, and they’ll hurt even more when he’s nursing. Babies with hurting gums like to gnaw on things. The good news: He can’t actually bite you while he’s breastfeeding — his tongue will be covering the bottom teeth, and the top half of his jaw (including the teeth up there) won’t move — they’ll just rest against the breast while the bottom jaw moves up and down. However, what you’ll need to watch out for is the end of a nursing session, once he’s stopped suckling and has retracted his tongue. He might bite your nipple when he’s had enough or if you try nursing him when he’s not hungry.

Does this mean you’ll need to wean to avoid baby bites? No way. You can talk baby out of biting by taking him off your breast and offering a (very) firm “NO” anytime he bites. Most babies catch on pretty quickly. It can also help if you take baby away from your breast ASAP once you see that he’s finished actively nursing.