Other moms can be ruthless when it comes to picking apart your parenting choices. From dissing your decision to go back to work to criticizing when you started baby on solids, here are the most ridiculous comments moms have heard. Bonus, we’ve got just the right way to respond to the haters! You’re welcome. 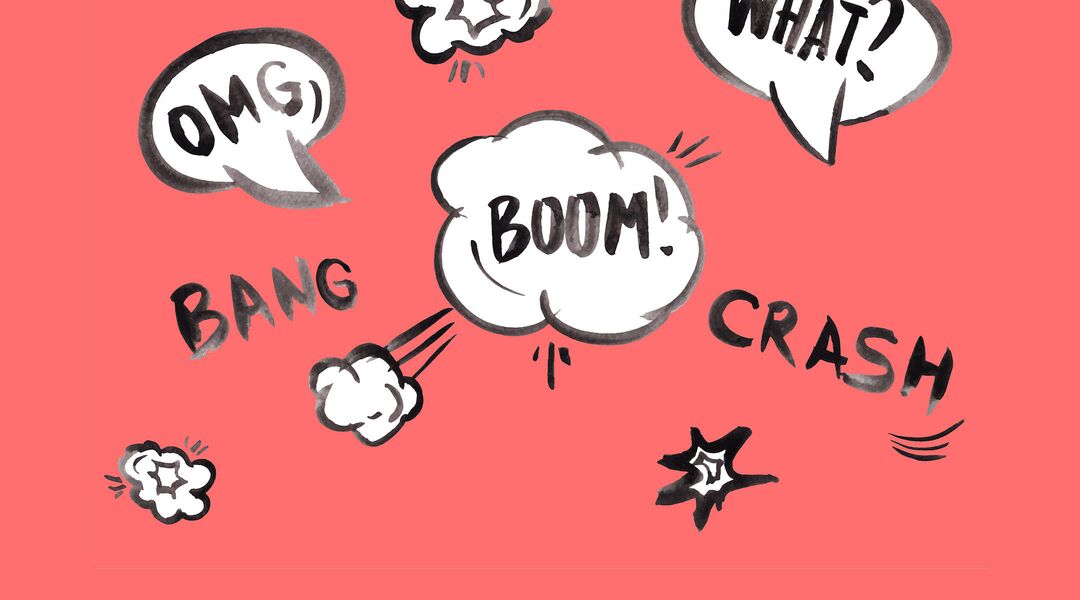 _Want to end the Mommy Wars? We’ve created Moms for Moms Day with CTWorkingMoms.com in an effort to support, encourage and stand behind each other’s choices, judgments aside. Join moms (and moms-to-be!) by sharing your Mommy Truths with us. _

On your postpartum body

The comment: “One of the moms in my Mommy & Me class came up to me about 15 weeks after my daughter was born. She asked if I was pregnant again because I looked like I was showing. I couldn’t believe it!” – Kristine W.

“I called and canceled on a friend a few times when we were supposed to go take a gym class together. She made me feel so guilty for skipping, telling me that I was going to ‘regret’ not losing the baby weight sooner.”

How to respond: Comments about a woman’s weight are never okay – especially after just delivering a baby! Instead of shaming yourself into feeling guilty for skipping the gym or not shedding the baby weight weeks after delivering, try this witty comeback instead:

“Oh, this? I’m just holding on to all the physical souvenirs my first baby left behind.”

On covering up or going au naturel while nursing

The comment: “A mom at the park made me feel so silly for bringing my nursing cover to the park. She said, ‘You shouldn’t cover up – it’s not like you’re hiding anything special under there!’, and I was so hurt. You’re right, my boobs might not be anything special, but who are you to judge my decision to nurse? I didn’t even know her!” –_ Ashley O._

How to respond: There’s no official rule that says you have to nurse in the nude, so don’t feel like you’re doing something wrong by being conservative. Instead of letting this woman make you feel self concious, try saying something like this:

“Well I was actually hiding a third nipple underneath my shirt, but since we’re all friends here, I’m sure no one will mind.”

On having a baby too old

The comment: “One mom actually told me that she was shocked how good I looked for an old mom.” –_ Melissa R._

How to respond: When you have kids is totally your decision, so it’s natural to be offended by someone making an off-the-cuff comment about your age. Try this snarky comeback:

“Really? No kidding? I’ve got to cancel that plastic surgery appointment now.”

On revealing baby’s gender to family and friends

The comment: “My husband and I took to Facebook to announce we were having a girl – and we were so excited… until I read a comment from a mom in the area (who was also a friend) that said ‘We waited until our daughter was born to share the news. It was so much better to see the shock and delight then.’ Um… excuse me?”

How to respond: Your baby, your decisions. So next time someone makes a comment indirectly making you feel like garbage for your parenting decisions, stand your ground. Say something like this:

“Good thing we’re not in a relationship then!”

On bottle-feeding versus breastfeeding

The comment: “’Won’t you feel guilty if baby ends up being a bad student because you didn’t nurse him?’ Yes, I swear, a mom on my street said this to me.” – Tina G.

How to respond: Yes, we all know that breast is best for baby but sometimes, it doesn’t work out that way for moms. Maybe there was medical reason you couldn’t nurse or maybe it was personally not for you. Either way, don’t feel like you’re doing something wrong. Instead, try this:

“Well, we tried using my husband’s boobs instead, but it didn’t work for him either!”

On starting on solids… before six months

The comment: “My son was just ready, so, we let him start on a few solids here and there while we carefully watched. One day at the park while I was feeding him, I spotted another mom looking at me. She finally came over, and I thought we were going to bond over babies (ours looked about the same age). Instead, she looked at me and said, ‘Don’t you pay attention at doctor’s appointments? What if he chokes? What will you say then?’ I was so taken aback, I honestly didn’t know what to say. I cried the whole ride home.” – Jennifer S.

How to respond: The AAP’s official recommendation is to wait until baby’s six months old before starting on solids. That said, it doesn’t mean every baby will be ready the minute they celebrate their six-month birthday. Babies, like us, are different, and they’re ready for certain things when they’re ready for them. Next time someone takes a jab at your choices, say this instead:

“I do – and recently my doctor congratulated me on having such strong maternal instincts. Guess he thinks I know what I’m doing.”

On being a working mom

The comment: “While I was on maternity leave, baby and I spent a lot of time at the park. On my last day, I planned a special little celebration, with a picnic and tons of her favorite toys. Another mom was there with her daughter and she asked what the celebration was all about. Not thinking anything of it, I said I was going back to work on Monday. She looked at me, frowned, and said, ‘How could you ever want to leave your baby?’” –_ Jamie H._

How to respond : You may or may not have a choice on whether you return. Don’t let anyone make you feel guilty about doing what’s best for you and your family. Try matching her comment with something like this:

“My baby will appreciate having a strong, independent, hardworking and confident mom. And I hope she’ll be just like me!”

How to End the Mommy Wars

Why You Can’t Stop Comparing Yourself to Other Moms

Are You a Mean Mom?