The Worst Things to Say to Moms of Preemies 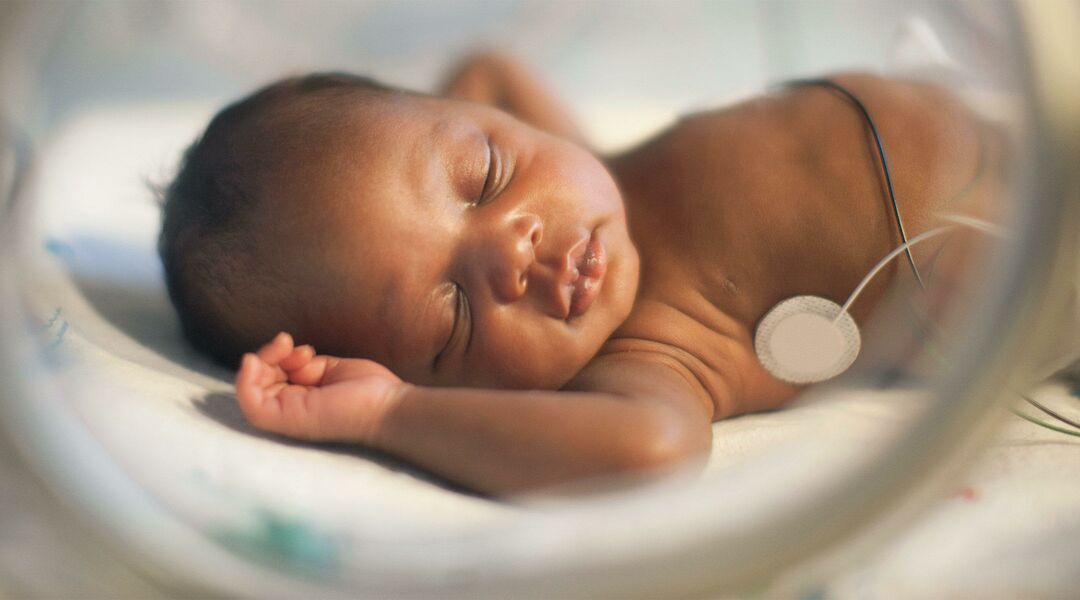 About 380,000 babies—roughly 1 in 10 infants—are born prematurely in the US. These here-too-soon infants need lots and lots of love and care, and so do their parents. Dismissing their concerns or cheerily pointing out a perceived silver lining can often backfire and leave parents of premature babies feeling angry and alone. We asked moms of preemies to share the worst they’ve heard. Here’s what they had to say:

“My friend was trying to describe to her daughter-in-law how my son looked in the hospital. She said, ‘It’s like, he didn’t even look human! You know what I mean?’ I was so hurt.” — urbanflowerpot

“I’ve heard, ‘Wow, he actually looks like a regular baby.’ What did you think I’d given birth to? An alien?” — jjilly7

“After my son was born, people kept telling me I looked great. Yeah, that was because he was born at 34 weeks.” — Amina S.

“‘He’s so itty-bitty! But at least he’s starting to look like a normal baby now.’ Gee, thanks!” —KristinaIsAGeek

“My doctor always called the preemie ‘look’ ‘toaster head.’ That’s just weird. Don’t call my sweet girl that. She is normal and will fill out in time. People need to think before they speak.” —ArvadaBride

“It really hurt that when people came to see my son in the NICU and couldn’t gush, ‘Oh he’s so cute!’ I know the NICU is a lot to take in, but gosh darn it, I wanted all the coo-ing and goo-ing I expected to get on delivery day.” —urbanflowerpot

“I had a lot of people think I was going overboard with washing my hands and using hand sanitizer, but I don’t think they know just how vulnerable preemies are.” —RachieB

About Looking at the Bright Side

“‘They are in the best place for them [the hospital]’ was one saying I hated. I knew they were trying to be supportive, but it felt like a kick in the gut.” — Nataliemay

“People told me, ‘At least you can sleep.’ Not only could I not sleep because I was up all night worrying and pumping breast milk, but how on Earth does that make me feel better when my son is in the hospital?” — lemen99

“I had someone say, ‘It must be nice to have a one-on-one nurse. It’s like you have a babysitter 24/7.’ The nurses were amazing, but I didn’t think of the medical professionals who spent time with my son as babysitters. Also, it wasn’t like I was going anywhere, I was always at the hospital.” — katie4253

“Too many people told me how lucky I was to be able to go home and rest for a few weeks after my son was born because he was still in the NICU.” —TerraCotta210

About Everything Being “Just Fine”

“I’m sure every mom of a preemie has heard this: 'She’ll be home before you know it.’ People say it to make you feel better, but it doesn’t have that effect.” — damabo80

“People would say things like, ‘Oh, he will be totally normal; you won’t even know.’ Um, no. Many preemies have lifelong health or developmental delays or challenges. This was told [to me] while my 27-week preemie was having six early intervention appointments a week and had a G-tube.” —Staci H.

“‘Everything is going to be fine, I know it.’ You can’t know that. YOU CAN’T KNOW THAT.” —kaylaaimee

“Now that my daughter is bigger, my mother- and father-in-law don’t understand why she’s late to walk and talk. They say, ‘She wasn’t THAT premature!!!’” — luvdv8

“‘Everything will be fine. My friend had a preemie and she’s fine now.’" —KatFCo

“My sister-in-law asked if he was mentally handicapped less than 24 hours after I gave birth nine weeks early.” — Eiriksmom

About Being Downright Clueless

“I hated it when my son was in the NICU during the first few days and some family members would say they were mad that we wouldn’t let them come and visit.” — jenmikw

“I think one of the most hurtful things wasn’t what someone said to me but what they didn’t say. I have family members that I was very close to who didn’t send a card, pick up the phone, send a text, nothing since my daughter was born.” —kitkat145

“I was born three months early and my grandmother told my mother not to get too attached because I’d probably die. She never forgave her for that.” —Kimberly S.

“Remember, he isn’t even supposed to be here yet. UGH, that one was said by a nurse.” —jjilly7

“I had an emergency c-section 20 days early and was told I was fortunate because episiotomies are the worst and abdominal surgery won’t mess up your hoo-ha. This was while my baby was in the NICU.” — Carrie S.

“Even if you believe everything happens for a reason, it’s a very painful thing to hear. No mother can fathom a reason for their own child’s suffering. Instead, people should say something like, ‘I’m thinking about you.’” — kaylaaimee

“People—and I mean A LOT of people—often say, ‘I’m surprised you can make milk for him since he was so early.’’’ —katie4253

“Saying to the baby: ‘You just wanted out’ and ‘Mommy couldn’t wait to meet you.’” —ladybugbella24