It’s not just kids who say the darndest things—apparently some adults have no filter either, as these stories from moms-to-be prove. 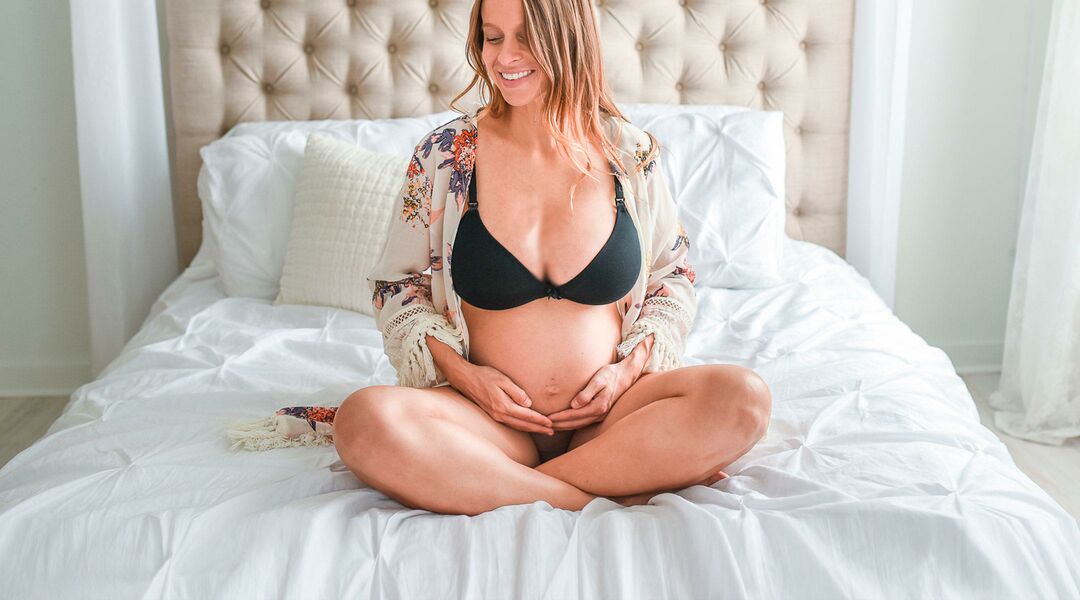 When it comes to being single and pregnant, it can feel like everyone around you has an unsolicited opinion or invasive question. From trying to get the dirt on baby’s father to urging you to go after child support, it’s pretty shocking what some no-filter friends will let slip. We got single moms to share the outrageous things people have said to them and break down why certain questions and comments should be considered off-limits.

“Someone at work asked me, ‘Do you know who the father is?’ and I could only respond with, ‘Uh, what?’ I wanted to say something like, ‘No, no I don’t. There are five, maybe six possibilities. But thanks for asking!’ Don’t people understand privacy anymore?!” — Lara W.

Why it’s off-limits: Not only are you putting your nose where it doesn’t belong—and coming off as totally insensitive and rude—but you’re implying that her sex life is so chaotic that she can’t keep track of it. And that’s basically saying she’s promiscuous.

“When I would be out with a male coworker for lunch or shopping for baby gear with a good guy-friend of mine, people would keep asking, ‘Is he your baby’s father?’ I was used to the attention and the questions, but I felt awful for the person I was with! Just because I was out with someone doesn’t mean he’s my child’s father!” — Willa F.

Why it’s off-limits: If someone wants to reveal details about their personal life, they’ll tell you. And as far as assuming they’ve slept with every guy they’re seen with? This goes back to #1 on the list.

“People didn’t even care about my pregnancy. The only advice they wanted to give me was, ‘Make sure you file for child support! Don’t let whoever got you pregnant get away.’ Um, sorry, but I wasn’t letting anyone ‘get away!’” — Danika G.

Why it’s off-limits: Most people don’t like to talk about their finances, and you have no idea what this mom-to-be’s money situation is. Plus, it can pretty offensive to assume that the dad-to-be is a deadbeat. If she chooses to pursue child support from her child’s father, chances are she won’t want to talk it over with you first.

4. “I Feel Like a Single Mom, Even Though I’m Happily Married.”

“I had a mom friend who would tell me, ‘Sometimes I feel like a single mom because my husband is away on business during the week.’ I was like, ‘And that makes me feel better how?’” — Jessica K.

Why it’s off-limits: Even if you feel like you can relate to your single mom friends, you can’t completely unless you’re one yourself. Sure, it’s tough when your partner goes away on business trips, but it will never measure up to raising a child entirely on your own.

5. “You Brought This On Yourself.”

“Once, this guy was asking about me about my baby’s father. I told him honestly, ‘he chose not to be involved,’ and this guy’s reply was, ‘Well, you’re the one that slept with the a**hole.’ I literally could not believe what he said to me.” — Mariah B.

Why it’s off-limits: No one is perfect, so playing the blame game is just plain hurtful. Plus, becoming a single mom isn’t the worst thing in the world—just as it has its tough days, it also offers plenty of benefits.

“I had someone tell me ‘Oh, you’re going to get hit on so much… because single moms are easy!’ I’m not sure if I was more offended by the ‘easy’ comment or by the fact that this person assumed I’d gotten pregnant just to get hit on!” — Alexandra R.

Why it’s off-limits: A single mom has much bigger fish to fry than finding a date. How about instead of talking about her sex life, find some other positive comment to lift her up when she’s feeling down? For example, “You’re going to be such a loving mom—this baby is so lucky!”

“When I told my coworkers I was pregnant, someone asked me, ‘Oh, my gosh! Did you go to a sperm bank?’ I honestly couldn’t believe what she was saying to me.” — Ilona B.

Why it’s off-limits: Think for a moment about what the answer might be. If it’s a yes and she’s uncomfortable telling you that, you’re setting her up for an awkward situation. If it’s a no, she might think you’re accusing her of not being able to find a man.

The Truth About Being a Single Mom

What SMILF Actually Gets Right About Single Parenthood