Yes, My Son Is Autistic but No, He’s Not ‘Rain Man’ 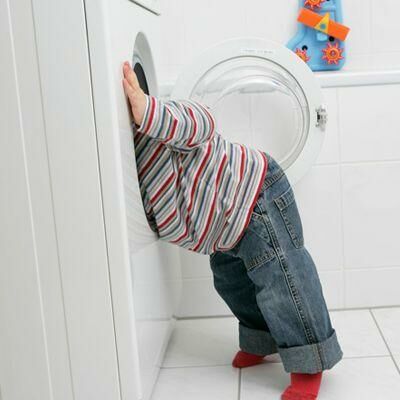 This is the third installment of Danica’s four-part series on her son’s Autism diagnosis. In her first post, The Moment Autism Changed Everything, she shares how her son’s diagnosis changed her family’s world. Her second post, Avoiding the Autism Diagnosis: Ignorance Is Not Bliss, takes us through coping with her son’s diagnosis. Danica is a stay at home mom of 3 who spends most of her time homeschooling and cleaning up the path of destruction her autistic son leaves. You can follow his antics at here.

Here’s one thing that’s good about autism nowadays — fewer and fewer people have seen the movie Rain Man. Seriously, people. In the “early days” of our journey, everyone associated autism with Rain Man. I loved the question, “So what super talent does your son have, you know, like Rain Man?” What? Super talent? Oh, do you mean is he a savant (a person with a mental disability that is a prodigy in some way, like in math or music)?

While my son doesn’t have a super talent in math or music, he does have a super talent in another area… stealthy destruction. I don’t have enough space, and you don’t have enough time, for me to tell you all of the things Aaron has done, but recently Aaron exercised his savant skills. Like I said, Aaron is stealthy. He’s also mostly non-verbal. If he knows you aren’t paying attention, he will take advantage of that and find a way to ruin your stuff!  One night, my husband, two kids and I were playing Sorry, and Aaron was playing on the computer (or so we thought). I heard the sound of running water, which is never good. I ran upstairs to find Aaron, wearing my brand new (as in I wore it for 2 hours that day) sweater sitting in a bathtub full of bubbles. If he had used regular old bubble bath, that would have been fine. But no. He used 4 Costco sized bottles of shampoo & conditioner, 2 bottles of body wash, 3 cans of shaving cream, and 1/2 of a gallon of vinegar. This happened in just a matter of minutes — a couple of minutes!

I have a mantra that I repeat over and over to myself when something like this happen: “it’s only money”. I repeated my mantra over and over and over while I got him out of the tub and into the shower. As the tub was draining, my other two kids started laughing. The bubbles from the bathtub had filled up the downstairs toilet and overflowed into the hallway. Perfect. At least now my floors would be clean, and I wouldn’t be the one doing it! I got Aaron showered and off to bed so he couldn’t ruin anything else that night. When I went to wash my new sweater I noticed that he cut the tag off of the neck, putting two large holes in it. It’s only money. It’s only money. It’s only money. Deep breath, glass of wine, and another notch on my guess-what-Aaron-did-this-time story belt.

It’s been years since I’ve been asked if Aaron has any savant powers, but if someone were to ask me today, I would give a resounding yes. That boy has some “super talent”!