“I like writing poems especially about nature. I feel happy that my poems will be in a book.”
ByNehal Aggarwal
Associate Editor
PublishedJul 2020 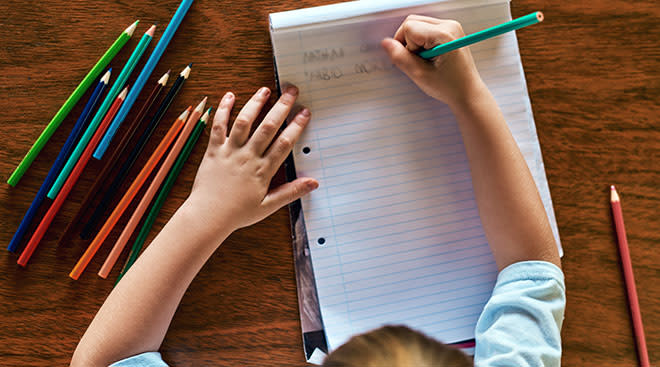 Nadim Shamma-Sourgen is the newest star poet from the United Kingdom who recently got his own book deal—and he’s only 4 years old.

He was first discovered by Kate Clanchy, a poet, teacher and the winner for this year’s Orwell prize. She met Nadim through his mom, Yasmine Shamma, a lecturer at the University of Reading, and the two bonded through their shared interest in teaching refugees how to write poetry. Clanchy then began sharing some of Nadim’s poetry on her social media—eventually landing him with interviews and a book deal with Walker Books, an independent publisher for children’s books in the UK.

Nadim—one of the youngest writers ever to land a book deal—writes about topics ranging from coming home and putting your shoes and gloves in their proper place to love and how it exists everywhere and within everyone. “I like writing poems especially about nature. I feel happy that my poems will be in a book,” he said. Of course, he is still learning to read and write, so he dictates his poems to his mom who writes them down for him.

According to The Guardian, Walker Books executive Denise Johnstone-Burt was “astonished that anyone so young could write such sensitive verse.”

“The poems talk about such important feelings, like love and loneliness, and Nadim finds the perfect words,” she continued. “They are simple, inspirational and have a wisdom all of their own.”

Yet, for Clanchy, Nadim’s poetry is inspirational due to how purely childlike they are. “I wasn’t tweeting the poems because they were so much like adult work–it was because they were so purely childlike. Nadim has the very rare ability to articulate in images what it is to be a four-year-old, to love your mum and bugs, to wonder about baddies, baths and love, and to ‘hang up your brave’ when you come in from nursery,” she said. “The individual poems moved thousands on Twitter, but they work even better as a group because they create a whole world full of glitter and hugs. This will be such a special book to share with a child.”

His collection of poetry is set to be released next summer.