Are y’all ready to see your (mini) fixer upper?
save article 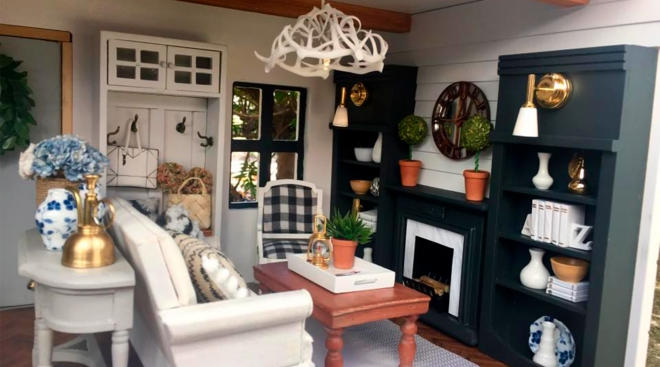 HGTV struck gold with the release of Fixer Upper back in 2013, a home renovation show based in Waco, TX, and starring Chip and Joanna Gaines, along with their cute-as-anything brood (they’re expecting another boy, by the way!). Since then, the Gaines have catapulted to stardom–landing a partnership with Target, multiple book deals and pretty much single-handedly bringing back the term “shiplap.” One market they haven’t tackled yet? Miniatures. But don’t worry, Fixer Upper fan and mom Kwandaa Roberts has got that covered. Inspired by Joanna Gaines’s designs, she totally made over a Target dollhouse–right down to the kitchen’s herringbone backsplash. 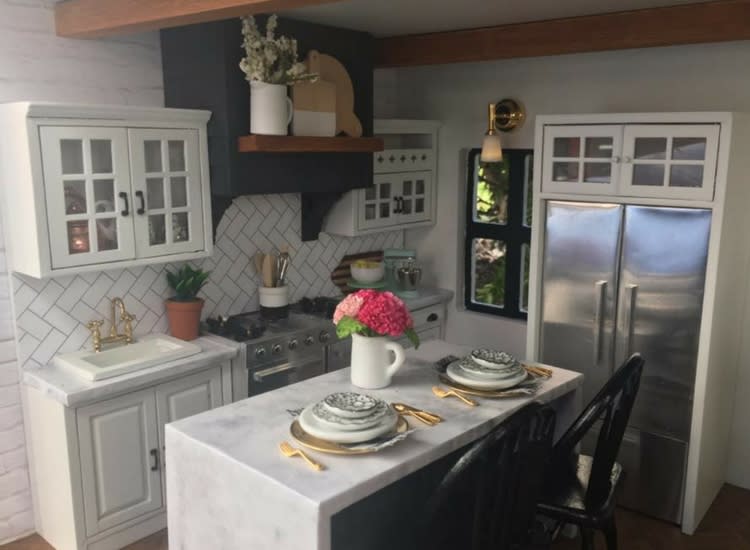 Roberts didn’t have a total gut job on her hands–she started with a dollhouse from the Gaines’ Hearth & Hand line by Target. But don’t underestimate her dedication to the project. According to Babble , Roberts spent about 80 hours working on the tiny home renovation and about $200.

“The dollhouse was a way for me to have a creative outlet for designing that didn’t involve me redecorating my house every six month,” Roberts told Babble. (Relatable, much?) She adds she picked up the hobby after remodeling a Melissa and Doug dollhouse for her 3-year-old last year. 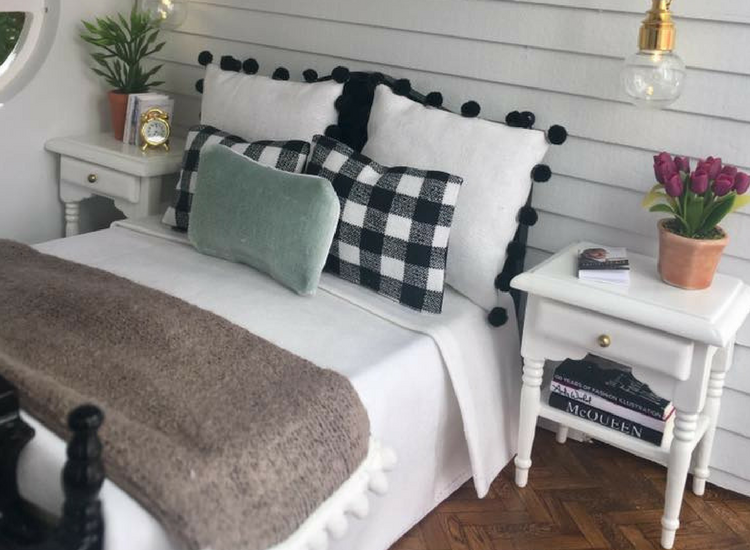 A lot of work went into this mini Fixer Upper. In the living room alone, Roberts “stained and installed the wood beams in the living room, painted unfinished exterior dollhouse clapboard panels to create the shiplap, painted them charcoal gray, and even installed them upside-down ‘for a more modern look.’” 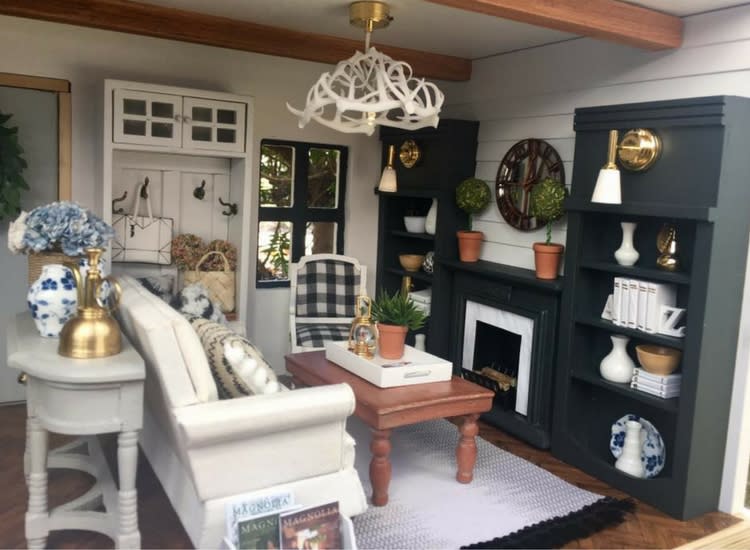 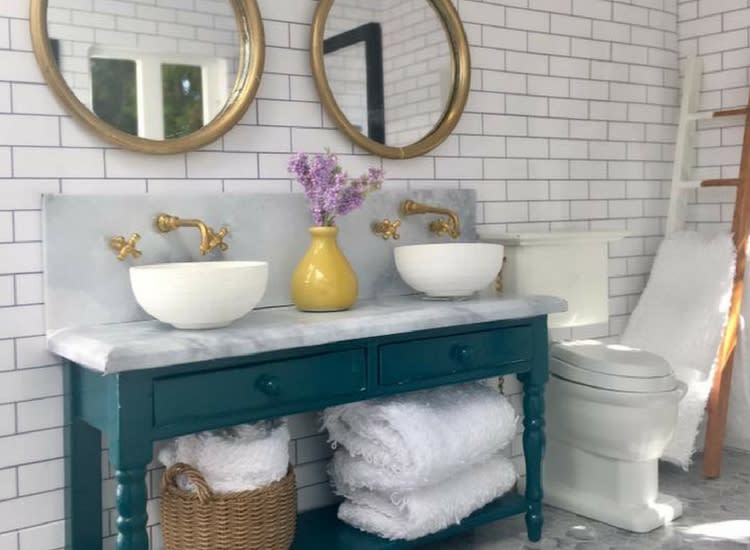 From the copper tub to the black-and-white upholstered gingham chair, there are so many amazing little details for any Fixer Upper guru to fangirl over. One of our favorites? The teeny copy of Joanna Gaines’s book, ‘The Magnolia Story,’ resting on the coffee table. Just like Joanna, Roberts went the extra mile to make things just perfect for the dollhouse family. We hope they’re ready to see their fixer upper. 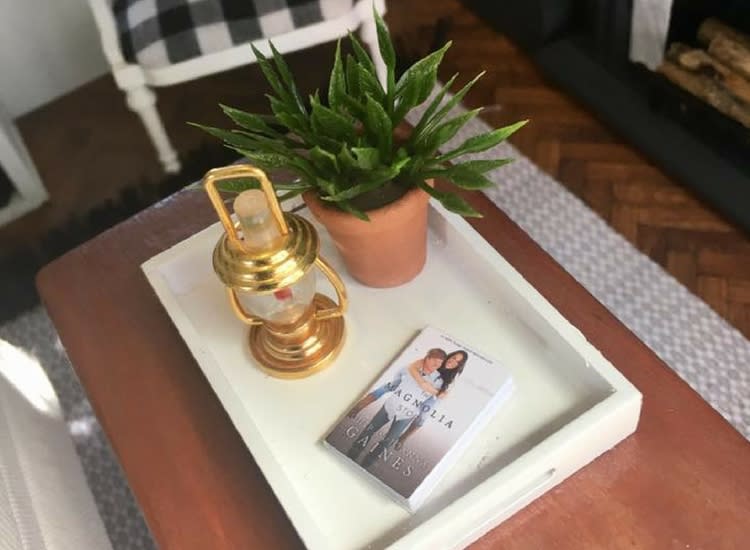