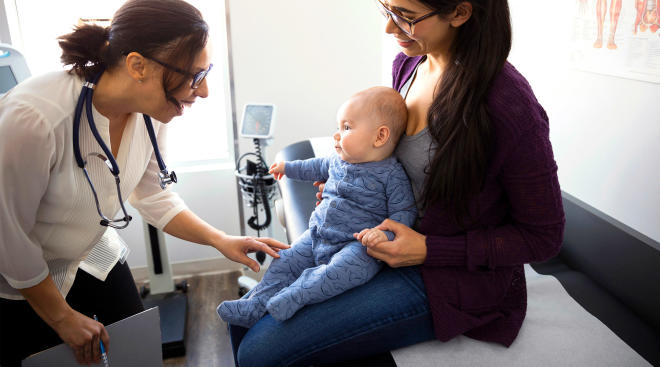 There’s nothing fun about watching your child get poked and prodded, even though you know a flu shot is necessary for almost everyone over 6 months old. But what if needles could be eliminated from vaccines altogether? It’s just one way researchers are looking to overhaul the flu shot.

Scientists from Australia and Wales teamed up to develop a synthetic vaccine for Influenza A (this year’s flu epidemic in North America consisted predominantly of influenza A H3N2.) Their goal was two-pronged: give flu vaccines a longer shelf life and make them easier to administer. This meant figuring out a formulation that doesn’t require refrigeration or needles.

“Theoretically, this prototype synthetic vaccine would not require refrigeration and could sit on the shelf for years without going out of date,” Cardiff University Professor Andrew Sewell, who co-led the study, says, explaining this is ideal for areas that don’t have reliable electricity. And the lack of needles? Beyond just making vaccines more approachable, it would make them easier to give. While past researchers have attempted to design a patch, this time, researchers set out to make a pill.

“To be administered orally, vaccines need to be able to survive the acids and enzymes in our stomachs. A couple—including the polio vaccine—can do this, but most cannot,” Australian Institute of Tropical Health and Medicine Associate Professor James Miles says.

According to the study, published in the Journal of Clinical Investigation, the team’s synthetic flu vaccine has proven safe and effective when consumed orally by mice. And researchers have been able to test how it reacts to stomach acid and human blood, concluding it remains stable thanks to their use of D-Amino acids.

“We have some further work to do in making these vaccines work across larger populations and against other bugs and possibly cancer,” Miles says. “But what we have now is a promising platform for synthetic vaccine production. We hope these new concepts and advances will help make a significant contribution to health worldwide.”