When it comes to baby-related old wives’ tales, we don’t know about you, but we’ve sure heard some real doozies. Read on to get to the bottom of a few common mistruths.

When it comes to baby-related old wives’ tales, we don’t know about you, but we’ve sure heard some real doozies. Read on to get to the bottom of a few common mistruths. 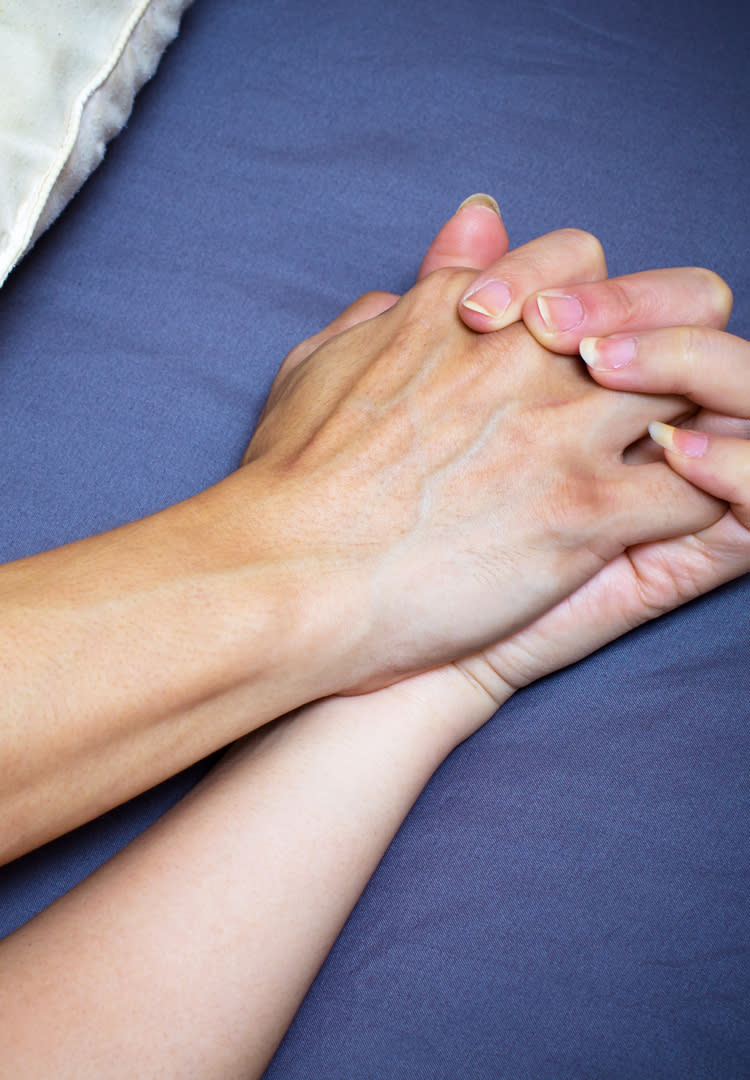 Myth #1: You need to orgasm in order to conceive

Hey, orgasming is always a plus, but when it comes to conceiving, it’s not actually a must. What it does aid in doing is contracting the uterus — which definitely helps sperm travel toward the fallopian tubes faster. But even if this doesn’t happen, your baby-making efforts won’t be for naught. 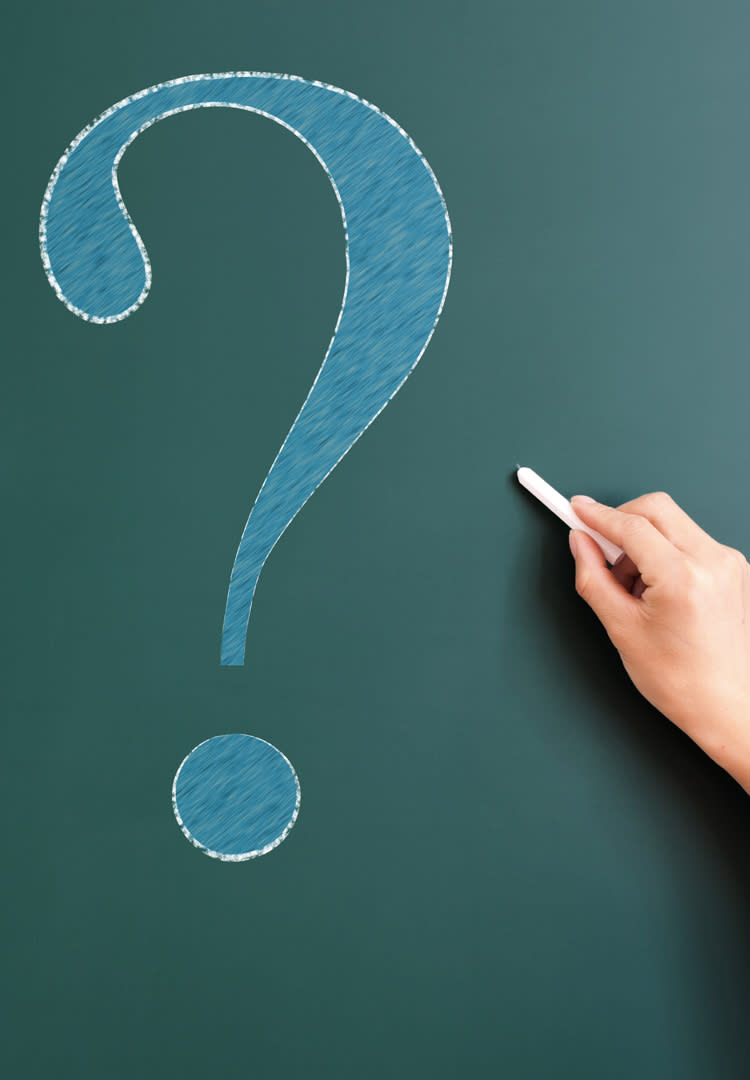 You gotta admire the creativity of the guy who started this rumor. But c’mon, you really believe it? Semen definitely has its wacky benefits (ahem, “sperm facials,” anyone?), but making you more fertile isn’t one of them — at least, no studies have proven it so far. Semen does contain tons of protein, though, so we can say it has that going for it. But a note to the husbands out there who are contemplating using this little gem on their partners: There are other ways of asking for a full-service BJ than lying to your wife…just sayin’. 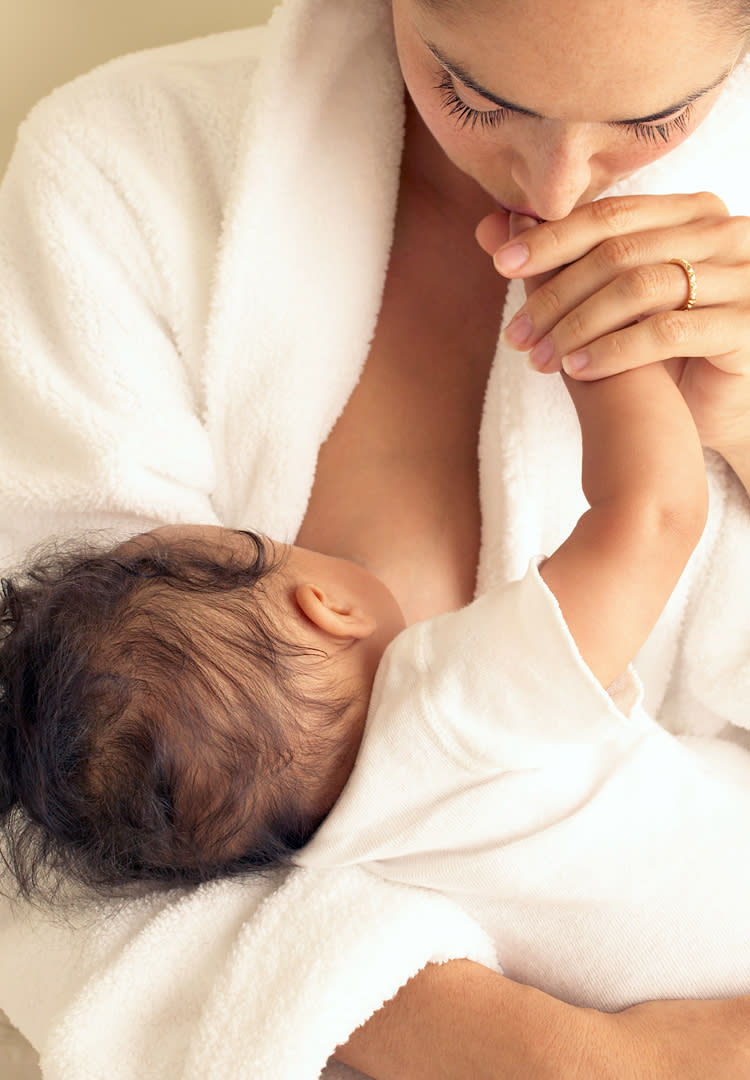 This one’s as old as the hills. And it’s definitely true that breastfeeding can keep women period-free for longer and, therefore, less fertile, but not _all _women see this effect — so relying on breastfeeding as your sole form of birth control isn’t really the best route to take (particularly for long-term breastfeeders). According to breastfeeding experts, the way to tell if breastfeeding is considerably cutting back on fertility is to look for three things (and all three must be present): 1) complete lack of a period since delivery (light bleeding or spotting after delivery doesn’t count); 2) you’re breastfeeding baby on demand throughout the day and night and not feeding him any other foods or liquids regularly; and 3) baby is less than six months old. But beware: Even when following these guidelines (the cornerstones of a method known as the Lactation Amenorrhea Method, or LAM), moms still have a 1.2 percent chance of conceiving. So if you really want to ensure more time between babies, take it from us and get back on your B.C. 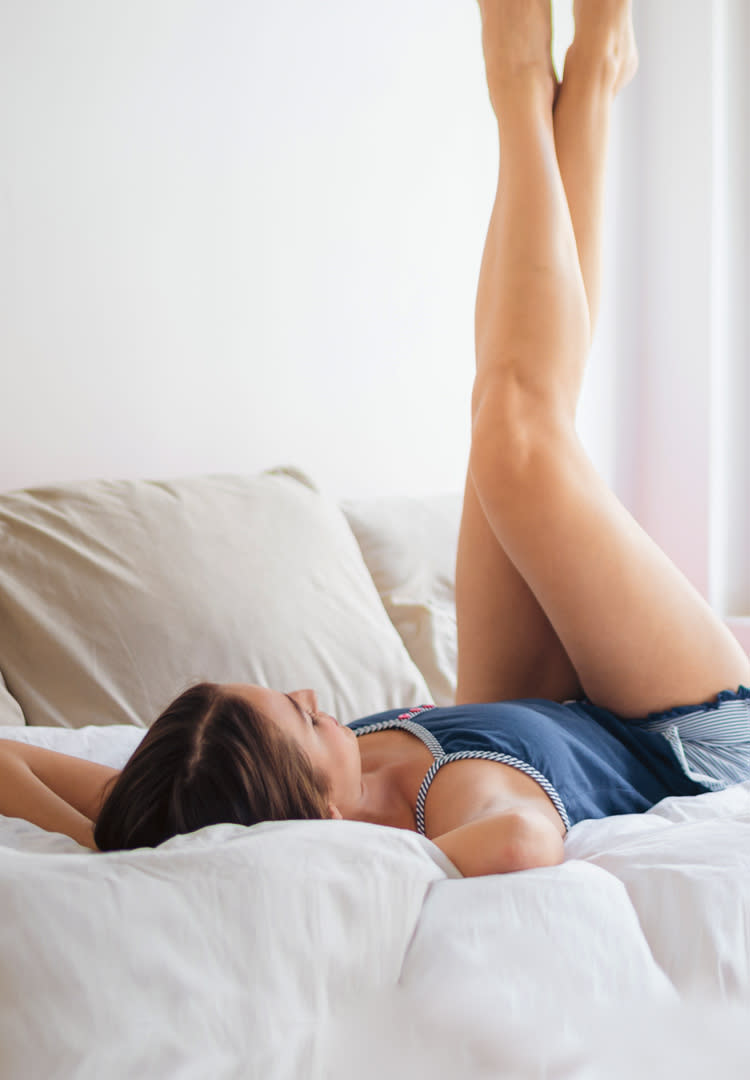 Myth #4: Lifting your legs in the air for 20 minutes after having sex will help you get pregnant

While this may sound like a good idea in theory — the logic being that this will tip your pelvis and help your man’s little swimmers get a direct route to your eggs — all it will probably do is make your legs go numb from all the blood rushing away from your feet. Sperm are chemically programmed to travel directly to your baby-maker following ejaculation, regardless of what position you’re in. (Yes, those mighty sperm defy gravity.) Skeptical? Consider this: Each time your guy ejaculates, he lets out about 2 to 3 cubic centimeters of ejaculation, with about 20 to 80 _million _sperm in each cc — in other words, if a little leaks out after you’ve had sex, there’s plenty more where that came from. As for the final word on positions: While it certainly can’t hurt to shove a little pillow under your hips after sex, there’s no need to hoist any body parts into the air/get all uncomfortable for any extended period of time. Same goes for handstands. 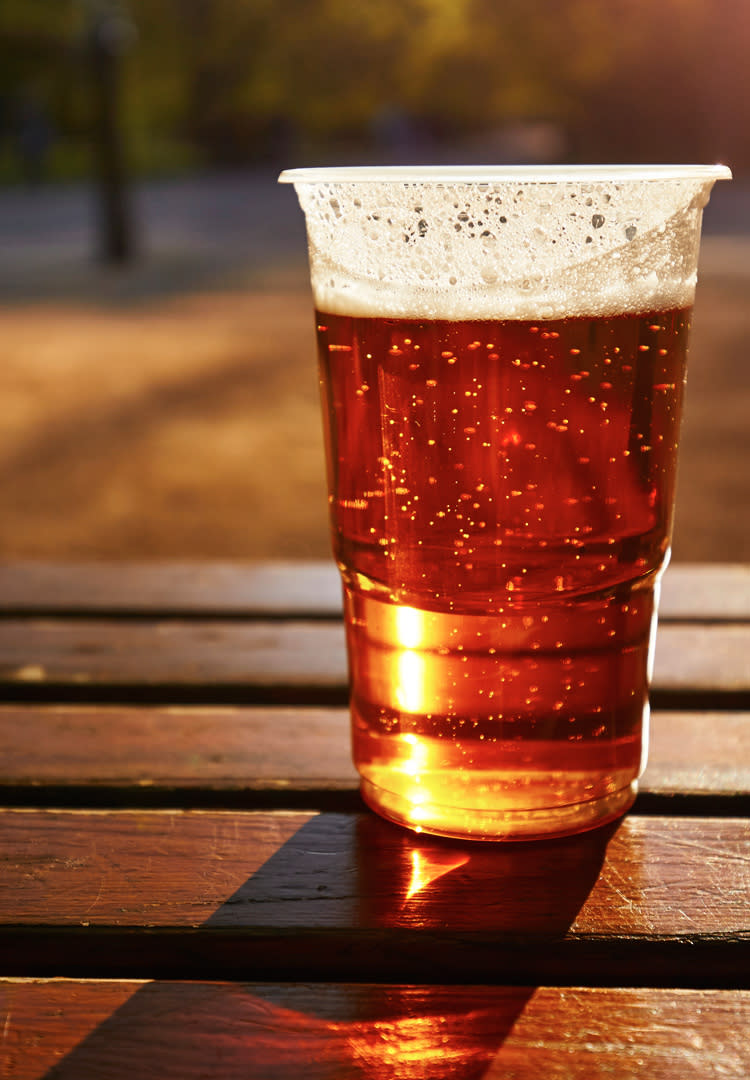 Well, this one is actually rooted in some truth. While you definitely shouldn’t feel guilty about having a glass or two of wine or even an occasional couple of beers while trying to conceive, binge drinking or drinking to excess could put your body through the ringer and affect your fertility. Here’s why: Drinking too much and too often can lead to irregular cycles, cutting down your chances of conceiving each month even further, and making it nearly impossible to chart or temp accurately. That being said, there shouldn’t be a ton of weight given to this theory, since chances are, if you’re planning on having a baby, you’re probably not going to keg parties every weekend. Just keep any drinking on the light side and you should be a-okay. 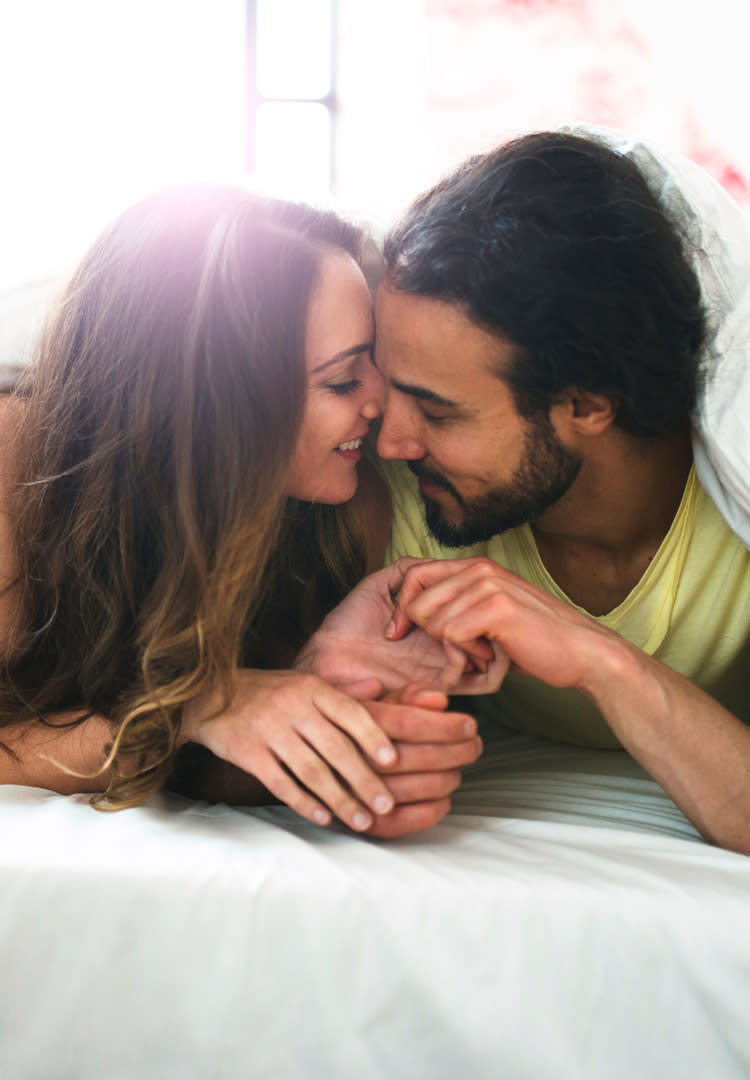 Myth #6: Doing it missionary style is the only way to conceive

Good news: Just because you’re trying to conceive doesn’t mean sex can’t be fun. The truth is, at the end of the day, the actual position you do it in doesn’t matter much — as long as there’s deep penetration going on and, of course, your man ejaculates, it’s all the same. So go wild. Do it in every room of the house, make up new positions — whatever floats your boat. You two will be at it a lot these days anyway, so there will be plenty of chances to run the gamut when it comes to trying out new positions and bringing back old favorites. Just remember: Whatever you do, stay away from the lube. Many experts believe it can be a sperm’s kryptonite. 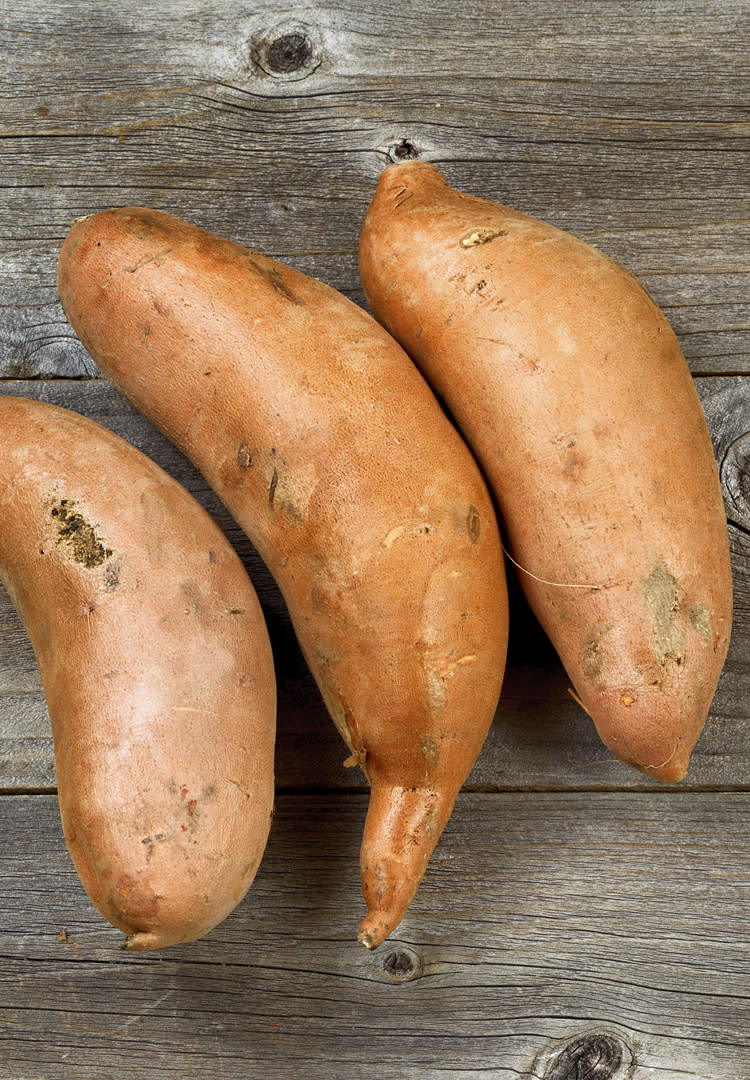 Myth #7: Eating yams while trying to conceive will cause twins

Yams first got their rep as a twin-maker after researchers started looking into why the African village of Igbo-Ora has one of the highest rates of twin births in the world. The only thing they could come up with? Apparently, the people in Igbo-Ora are crazy about their yams. One study has linked yams and fertility, but the study was the result of a Yale student’s research and has yet to be officially proven. In other words: The jury’s still out on this one! 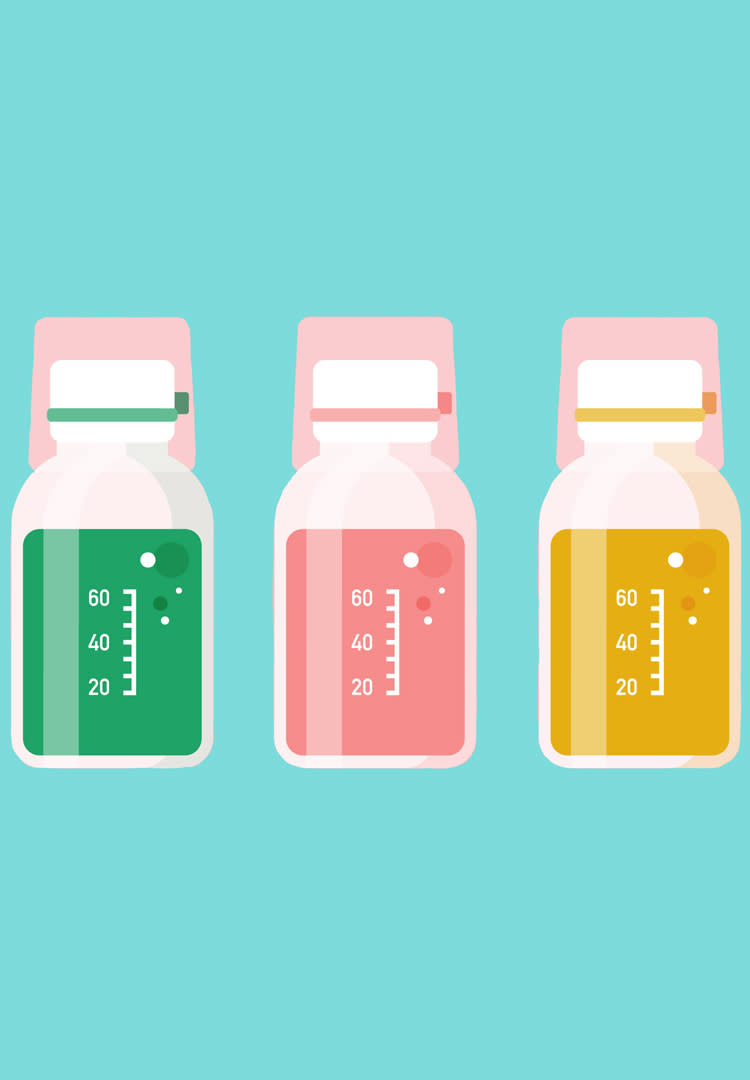 This little falsehood has been around since the ’80s, and we’d like to put an end to it right now. The theory behind this one has to do with one of the common ingredients found in cough syrup: guaifenesin. In a 1982 study, it was considered a potential fertility booster for its ability to thin cervical mucus (in the same way it thins the mucus in your nasal passages), thereby allowing easier travel for sperm to get to your eggs. But considering that no studies have proven this to be true (and the fact that swallowing cough syrup also means you may be taking in other not-so-good things for your fertility like antihistamines), we say next time you hear this wacky piece of advice, just laugh it off. And stay away from the Robitussin (unless, well, you have a cough). 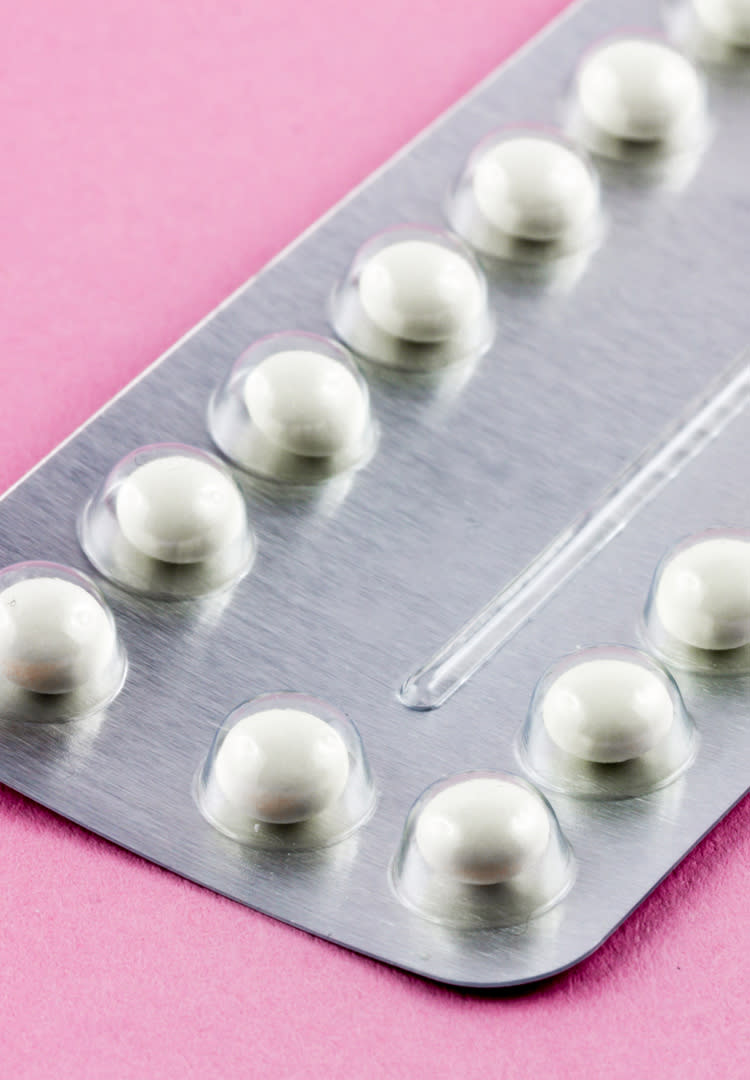 Myth #9: Being on the Pill for too long will delay pregnancy

We’re happy to report that this one’s so not true. Depending on the kind of birth control you were using before you ditched it and started trying to conceive, the rate your cycle regulates may vary, but not by much. As for users of the Pill, tons of cases show that your cycle should get back on track pretty much right away, so you should expect to ovulate within just a few weeks — barring any other issues that may be going on, of course. In fact, studies show that within one year after stopping the Pill, 80 percent of women who want to get pregnant do. (Did you use another method? Check out our quick guide to see how it will affect your fertility.) 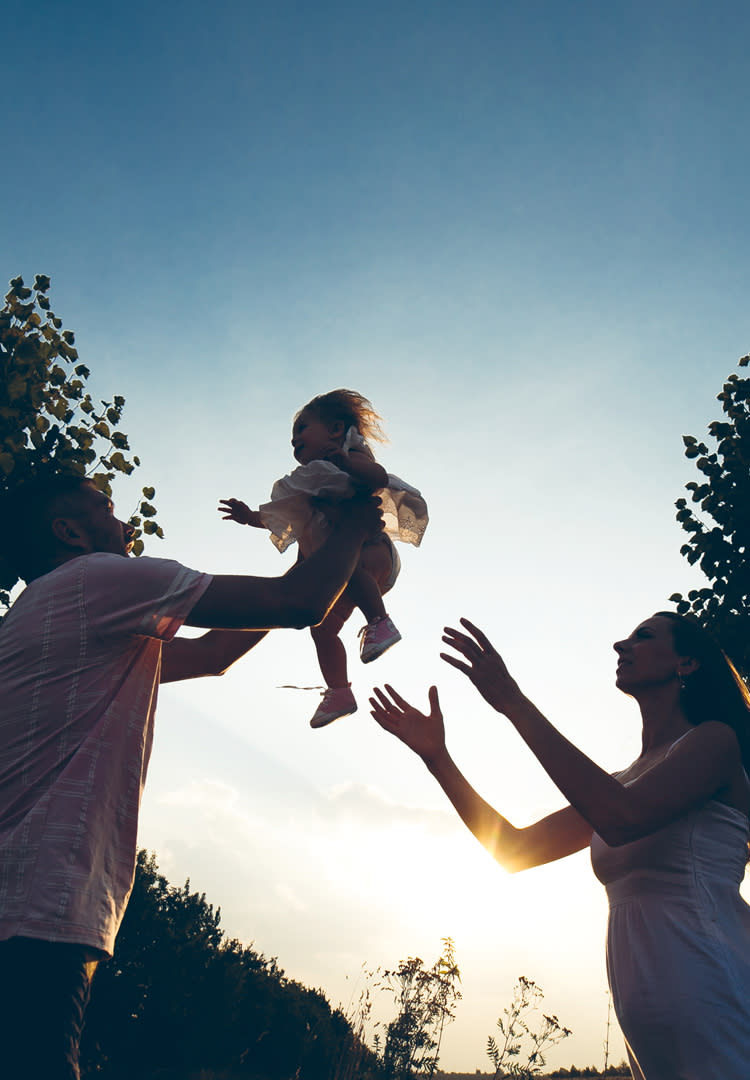 Myth #10: Adopt a baby, and you’ll get pregnant

This one is pretty up there in terms of crazy, and yet for some reason, it continues to spread like wildfire. Of course, there are always the exceptions to the rule — Bumpie RozM admitted this happened to her! — but in the grand scheme of things, we think it’s safe to chalk this one up to coincidence and leave it at that.

Plus, more from The Bump:
10 Surprising Fertility Facts We Bet You Didn’t Know
6 Ways to Naturally Boost Your Fertility
Worst TTC Advice Ever

How to Boost Your Fertility in Your 30s
ADVERTISEMENT
ADVERTISEMENT
Article saved.Go to My Saved Articles
Article removed.
Name added. View Your List