Want to take some of the guesswork out of trying to get pregnant? Track your hormone surges to get a better sense of when you’re ovulating with one of these top-selling kits that boast 98 percent or better accuracy.
Save article
ByCassie Kreitner
Senior Editor
UpdatedSep 2020 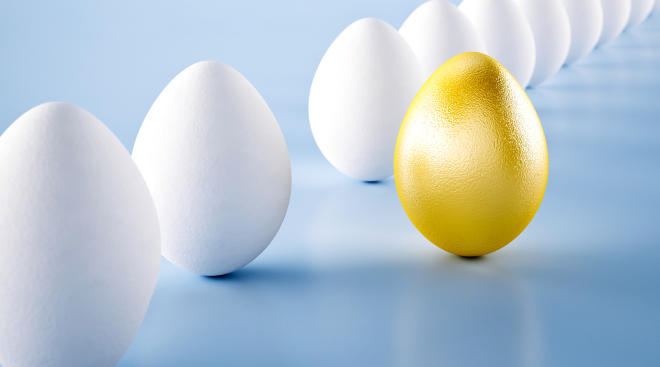 5 slides
We have included third party products to help you navigate and enjoy life’s biggest moments. Purchases made through links on this page may earn us a commission.

Want to take some of the guesswork out of trying to get pregnant? Track your hormone surges to get a better sense of when you’re ovulating with one of these top-selling kits that boast 98 percent or better accuracy.

How it works: This isn’t your typical pee-and-throw-away test. Each day you’ll insert a new test stick (20 come in the kit) into the digital reader and it compares your hormone levels with the levels you’ve had on previous days, instead of to a general “average.” When you get a “YES +” reading, it means there’s a surge of luteinizing hormone (LH) and your body will be ready for babymaking over the next two to three days. So you don’t miss that surge, test consistently each day.

How accurate is it: First Response says it’s over 99 percent accurate in detecting the LH surge.

Pro: The digital “YES+” and “NO+” displays are easier to read than those often faint or vague looking lines, which many non-digital tests display.

Con: You’ll have to keep stocking up on new sticks, since there’s only one month’s supply included. But, hey, you never know—that might be all you need.

Price: $40 for one digital reader and 20 test sticks, Drugstore.com

How it works: Instead of testing for just LH, this urine test also detects another hormone, estrone-3-glucuronide (E3G). Clearblue says this additional hormone can help pinpoint four fertile days, while most digital tests just offer two. A flashing smiley face appears during the high fertile days leading up to ovulation and then turns to a solid smiley when you reach peak fertility. Those are your cues to get busy!

How accurate is it: According to Clearblue, it’s over 99 percent accurate at detecting that LH surge in lab studies.

Pro: It’s especially good if you’re a planner. Instead of just a day or two advance notice of your most fertile days, this test typically gives you a four-day window.

Con: Some users report that the tests sometimes show high fertility for up to a week, without switching to peak, particularly in the first month of use. It’s also not recommended if you have polycystic ovary syndrome (PCOS).

How it works: This handy gadget is used along with separate strips. Use a strip for a urine test, and then place it in the monitor to be read. The monitor will measure LH and estrogen levels to identify your two peak fertile days, plus the one to five high fertile days leading up to them. It stores information from your last six cycles to customize your reading.

How accurate is it: Clearblue says it’s been tested in a lab to detect the LH surge with over 99 percent accuracy.

Pro: It generates a personalized reading based on your past cycles, and offers peak and high fertile days.

Con: It’s pricey! And it may not work properly if you have cycles that last less than 21 days or more than 42 days.

How it works: Like other urine tests, this one looks for LH, but unlike the others there’s no plastic stick. It’s just a paper strip that looks like a litmus test (remember those from high school chemistry?). First you’ll pee into a cup, and then dip in the strip for three seconds. Five minutes later, it will be ready to read. If a test line that’s as dark or darker than the control line appears, you’ll ovulate within the next 24 to 48 hours.

How accurate is it: No word from Wondfo on the exact accuracy stats, but it works on the same premise as other, pricier kits do. And the user reviews are pretty great with lots of success stories.

Pro: They’re ideal if you think you’ll be testing a lot. You can’t beat the price!

Con: Some find the results tough to read, since line darkness may be hard to judge.

How it works: If you hate the mess of peeing on things, and microbiology was always a favorite subject, this saliva test might be right for you. Just place a drop of your saliva on the lens and let it dry. Then, take a look using the magnifying lens included in the box. If you see a “ferning, crystal-like” pattern, you’re ovulating or about to ovulate.

How accurate is it: It’s said to be 98 percent accurate.

Pro: You can take it anytime, anywhere, and reuse it every month.

Con: Some find it tough to read. Knowing whether or not there’s a fern pattern isn’t always so cut and dry.

Q&A: What Is Basal Body Temperature?

Q&A: Getting Pregnant After Birth Control?