Fact: A third of fertility problems stem from the guy. The good news? A few small changes can make a big difference for him and his sperm. 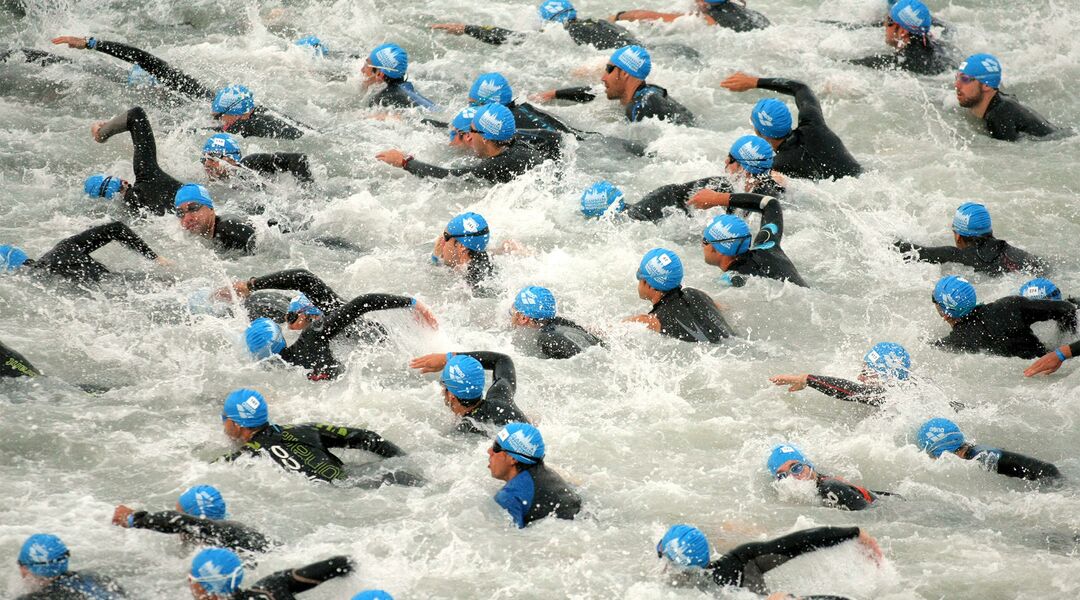 Have you been trying to conceive, but still no luck? Turns out, about a third of infertility cases are the result of less-than-stellar sperm quality. Don’t get discouraged just yet though! These simple lifestyle changes can make a huge difference in turning a man’s sperm into champion swimmers.

While there’s no equivalent of a prenatal vitamin for guys, he should make a habit of taking a daily multi. A recent New Zealand study showed that men taking oral supplements with antioxidants helped boost their partner’s odds of getting pregnant. Folic acid (1 mg/day), vitamin C (500 mg/day), vitamin D (1000 IU/day) and vitamin E (400 IU/day) are especially great since they can reduce free radical production and aid in sperm-cell membrane stability and function.

Not only is hitting the gym a few times a week great for overall health, it can also improve his sperm count. According to a Harvard School of Public Health study, men who participated in moderate-to-vigorous activity at least 15 hours a week had 73 percent higher sperm concentration than men who moved less than five hours a week. Plus, couch potatoes who watched more than 20 hours of TV per week had 44 percent lower sperm concentration than men who didn’t watch anything at all. While any exercise that breaks a sweat is great, adding resistance training is even better. Lifting weights can increase testosterone levels and, big bonus here, aid in higher sperm concentration.

Bet you didn’t know it takes somewhere between 75 and 90 days for sperm to form and mature before shooting out into the world. That means your guy needs to start taking care of his body at least three months before he starts thinking about making babies. “Have him look at his lifestyle habits,” says reproductive endocrinologist Carmelo Sgarlata, MD. “You want him to be free of anything that could hinder sperm production. The goal is to have a healthy environment from the start.” Translation: If he only cuts back on drinking, smoking or junk food when you’re ovulating it won’t make much difference, but having him embrace an anti-inflammatory diet and an exercise routine on a daily basis leading up to when you plan to get pregnant will.

It turns out consuming healthy nuts leads to, well, healthy nuts! UCLA researchers studied more than 100 men to investigate the effect of eating walnuts. Three months later, the men’s semen quality was analyzed and showed that those who consumed 2.5 ounces each day had significantly increased levels of omega-3 fatty acids. That translated into better sperm vitality, mobility and fewer chromosomal abnormalities. “Eating any type of nut could reduce oxidative stress in your body,” adds Sgarlata. “And, in turn, potentially improve sperm production.”

5. Be picky with your plastics

Make a point to cut down the use of products containing BPA or phthalates. It’s been well proven that these chemicals are hormone disruptors and can negatively impact a guy’s sperm quality. In fact, a study even showed that men with high BPA exposure had lower sperm motility. And those men who had a higher concentration of phthalate traces in their urine took longer to impregnate their partners. While it can be next to impossible to avoid plastic entirely these days, definitely nix the most toxic numbers (plastics 3, 6 and 7) completely from your life. For a smart breakdown check out this helpful guide.

Since skin is ultra-absorbent, it matters what you put on it. And last year a study showed that high exposure to two UV filter chemicals often found in sunscreen actually diminished reproductive ability in men (but not women) by 30 percent. Keep in mind, this doesn’t give him the red light to shun sunscreen altogether. Instead, opt for natural formulas that rely on minerals like zinc and titanium instead of the lab-made oxybenzone. Two to try: JASON Natural Mineral Sunscreen or Solbar Zinc Sun Protection Cream

Maintaining a healthy weight ups his chances to fertilize your egg. And while there are many ways to go about dropping pounds, his best bet is to follow the Mediterranean diet, which emphasizes plant-based foods including whole grains, greens and nuts as well as fish and poultry. “Consume five to six servings of fruits and veggies every day,” adds Sgarlata. “Make sure you eat across the color spectrum—from eggplants to strawberries—to get the most antioxidants.” Just check that the produce is low in pesticide residue, which can negatively affect sperm quality. He’ll also want to cut back on processed meats, like bacon. One study showed that men who ate one to three servings per day had worse sperm quality. On the other hand, those who ate fish, especially fatty fish such as salmon, had 34 percent higher sperm count.

Does he carry his phone all day long in his pocket? Work in bed at night with his laptop propped on his lap? The electromagnetic energy (think: Wi-Fi signal) could potentially damage a guy’s tadpoles in some very scary ways, including creating abnormal shapes and altering DNA in sperm. At least 10 human studies have confirmed such findings, so do yourself a favor and ask him to relocate that smartphone and keep that tablet off his lap.