“I initially drank a lot of wine and cried ugly tears of self-pity, consumed by the notion that I was a freak because I had to work so hard at having a baby.”

I always thought that getting pregnant would be easy. After all, that’s what my PE teacher in high school said: Sex would inevitably result in a baby. I spent my twenties trying not to get pregnant. I thought babies were cute but I certainly wasn’t ready to have one. I was on a mission to grow my career, travel and dine at trendy restaurants during the coveted prime-time people watching hours. Little did I know of the fertility trials that lay ahead.

When I got married at 34, I still wasn’t ready to have kids but had heard a lot of people say, “you’re never ready.” I figured they knew what they were talking about, so I threw the pill and caution into the wind. But contrary to what my PE teacher had said, pregnancy turned out not to be a guaranteed outcome of sex. Absolutely nothing happened for the months following our nuptials, and nothing continued to happen over the next nine months into the new year while my husband and I were “not not” trying.

As the spring and summer months emerged, so did all of the beautiful bellies I had never paid any attention to before. It seemed like everyone around me was able to achieve the swollen belly look with ease—everyone but me. Now I was trying, really trying, drinking foul-tasting herbal teas foraged in Chinatown and collecting my urine at home for a week, which I sent via FedEx to be evaluated at the recommendation of a naturopath. I also vividly recall one memorable acupuncture appointment in which needles had been peppered all over my face, arms, abdomen and legs when I had the distinct sensation that my toes were burning. Apparently a space heater had been placed about an inch away from my feet “to keep me warm on that cold evening.” The help that I had awkwardly called out for managed to arrive just in time for the end of that session, 20 minutes later.

While I would’ve loved to have called it quits with my already unwanted affair with needles, the acupuncture was just the beginning. Over the next three and a half years, I went on to administer and receive hundreds of hormone injections, have five ART (Assisted Reproductive Treatment) cycles, three of which were IVF (In Vitro Fertilization), along with countless blood tests, treatments and procedures. I became intimately familiar with the ultrasound probe that I renamed Wanda.

I was classified with the diagnosis of “unexplained infertility” by my fourth fertility specialist, who matter-of-factly told me that “unexplained was a good prognosis.” I went on to do two IVF treatment cycles with this doctor who couldn’t explain what was actually wrong with me, nor give me any insight into how to try to solve my problem of infertility.

I was a type A personality with no outlet. I had no visible problem to solve and a struggle I felt I couldn’t share with anyone else. I didn’t want people to see the failure that I began to see when I looked in the mirror. Every time my mind would wander to thoughts about what life might be like without the experience of motherhood, I initiated a coping method by focusing my mind on work-related projects.

After two rounds of failed IVF treatments with no embryos to transfer, my fertility specialist further compounded my doubts by nonchalantly recommending a third treatment, adding that if “I failed,” she wasn’t sure she’d be able to continue to help me. I felt rejected and fought for my integrity the only way that I could in that moment—by immediately breaking up with her, and then taking a break from anything fertility related.

I initially drank a lot of wine and cried ugly tears of self-pity, consumed by the notion that I was a freak because I had to work so hard at having a baby while everyone around me said the word “pregnant” and magically became just that. I was emotionally drained from living two lives—the professional one, in which I was an overachiever, and the personal one, where it looked like I had it all together but was really falling apart inside. I had naturally distanced myself from friends and family with the excuse of work so no one would notice. Reality hit when a friend called me out for not being present enough during her recent break-up; that was enough to shock me into sharing about my infertility.

I needed help, but Dr. Google was just compounding my anxiety, not helping it. I was a spectator on forums where strangers would tell you what NOT to do. After reading Rebecca Fett’s It All Starts with the Egg, which was written in a language I could understand, I became fascinated with nourishing my body and my mind through nutrition and self-care. I began listening to my inner voice, and threw myself into nutrition certification courses, cooking classes, journaling and meditation. By sharing my story, I also began to find community, which allowed me to feel less isolated.

Seven months later, I was as mentally, emotionally and physically prepared as I could ever be for my next (and third) round of IVF. For the first time, my treatment didn’t fail outright. I celebrated what felt like an accomplishment of achieving one genetically viable embryo and allowed my excitement to spill into the planning of a close friend’s baby shower, secretly hoping that the next celebration might be mine.

On the day of the embryo transfer of my one “good egg,” I wore seafoam green sweats and packed my happy socks, all the while insisting that neither my husband nor I should wear anything with fragrance, including deodorant. (Luckily it was winter.) The longest part of the procedure was actually the pre- and post-acupuncture; the embryo transfer itself only took a minute.

Then began the most difficult part of all—the two week wait. The days went by seemingly quickly, but the 420 minutes of waiting for the results on the day of the pregnancy blood test lasted a lifetime. My mind swirled in anticipation of the possible pending news. “You’re pregnant, but…” “You’re not pregnant, so…” “You’re pregnant!”

The nurse revealed that I was actually pregnant—and I immediately took a pregnancy test just to make sure.

Getting to the pregnancy phase had been anything but easy, but the pregnancy itself was relatively uneventful. Strangers often stopped me on the street to congratulate me on the twins or the large boy they were sure I was having. But despite a seemingly easy pregnancy, I couldn’t seem to shake occasional fits of insomnia, waiting for the other shoe to drop. The pregnancy always felt too good to be true.

Once the baby arrived I was exhausted and focused on keeping my tiny human alive. I thought I’d be able to forget about my infertile past, but as I rocked my baby girl back to sleep each night, memories of the work it took to be here now holding her in my arms would come flooding back. In those moments I was overwhelmed with gratitude, and a little surprised that it almost entirely took the place of what had once been feelings of shame. 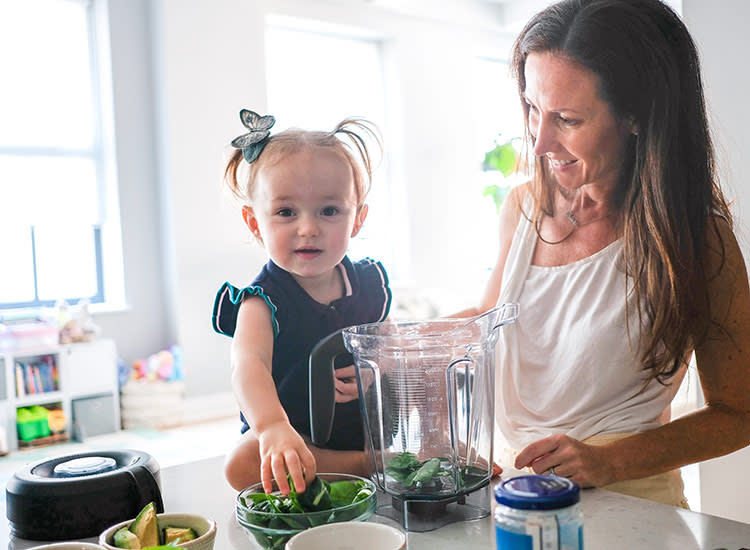 Only there was one thing that I couldn’t seem to shake: the feeling that I had left my TTC (trying to conceive) sisters behind. I had begun to make friends in Facebook groups and on Instagram, which exposed me to the complexities that is the journey of infertility. Every time I hear of a failed treatment, miscarriage or stillborn delivery, it still breaks my heart. I don’t think I’ll ever become immune to that. The TTC community got me, and also made me aware of the diverse challenges others were experiencing. I personally hated the questions of “do you want kids?” and advice to “just relax” from well-intentioned individuals. I also learned from friends experiencing miscarriages that saying “at least you can get pregnant” dismissed their loss. Most of all, I realized there is absolutely no one-size-fits-all approach, and that infertility feels just as complex and individual as life itself.

The bumps and bruises from the plethora of injections had healed, but I was still left with irrational fears that something might happen. Even after my baby began sleeping through the night, I didn’t. I’d wake up several times throughout the night to check the Nest cam or even wander into her room. Now that she’s a toddler, I still occasionally find myself peering over her crib in the middle of the night, just to make sure she’s breathing.

Getting pregnant still isn’t easy, even with the advice from my OB that I’d probably be more fertile the second time around. I had primary infertility, gave birth to a baby and now am experiencing secondary infertility. I often wonder, if there is a second child one day, could I be the easy-breezy mom I secretly wish I could be? Could I brave the playground without Purell or let my children eat their half-eaten bagels off the ground? Or will I forever be caught up in the what-ifs, taking the extra five steps just to know that I tried my best to protect them from every cold and flu?

Yet as I find myself musing over the possibility of another child, I also feel a bit unattached to the outcome, and perhaps a little undeserving, because I was lucky enough to have one child. Maybe that’s a subconscious defense mechanism or even PTSD. Either way, infertility has taught me that life is precious but not perfect, and creating it is certainly not a given.

Nathalie Carpenter is an infertility awareness advocate, writer, blogger of Fertilust.com and wellness marketing strategist who recently founded Well + Luxe. She has 18 years of luxury brand marketing and communications experience with brands including Audi, Mercedes-Benz, Ferrari, Highgate Hotels, Grey Goose Vodka, D’USSE Cognac, Crumbs Bakeshop and Red Bull. Nathalie lives in New York City with the loves of her life, her husband and daughter. Follower her on Instagram @fertilust and on Facebook.