Avoiding the Autism Diagnosis: Ignorance Is Not Bliss

This is the second installment of Danica’s four-part series on her son’s Autism diagnosis. In her first post, The Moment Autism Changed Everything, she shares how her son’s diagnosis changed her family’s world. Danica is a stay at home mom of 3 who spends most of her time homeschooling and cleaning up the path of destruction her autistic son leaves. You can follow his antics at http://laffytaffyandwine.blogspot.com/.

Denial is one of parents’ biggest enemies. No one really wants to think or admit their precious child might have a “problem”. I have run into numerous parents who have kids with obvious developmental delays, and they aren’t willing to admit it. In fact, dads seem to have the highest rate of denial. I speak from experience, because when the rubber met the road with my own son, even though we had suspicions for months, my husband took longer to come around to the reality than I did.

The problem with denial is you’re actually making your life harder in the long run. I saw this played out very clearly between two friends who had children with speech delays.  Friend #1 had a son that wasn’t talking at 3 years old. He would cry, whine, and scream to get what he wanted. In hindsight, I realize that he was frustrated that he couldn’t communicate his needs with his words, so he communicated the only way he knew how. The parents never admitted that he may actually be speech delayed and chalked it up to him being a late talker. When he finally did start talking, his brain worked faster than his mouth so it was a lot of work and frustration to get what was in his head out of his mouth. This boy is now 12 years old. He’s had a harder time learning than most kids his age, and while he’s almost to grade level, it’s taken years of hard work to get him there. In my not-so-professional opinion, I believe that if he had speech therapy earlier, he would have had an easier time with communication and learning.

Friend #2 was worried about her two and a half year old son’s language. I told her to get an evaluation, but Friend #1 told her that he was a late talker and it would be fine. Friend #2 took my advice, got an evaluation, and her son did qualify for speech services. He was in speech therapy for a year, and by the end of it he wasn’t frustrated, his language was age appropriate, and he is currently excelling in third grade. Two similar situations with two very different outcomes.

Let me bring this back to autism. Experts agree that early intervention is key to making the biggest impact on a child with autism. That means the clock is ticking — the sooner your child gets help, the better his chances are. Early intervention does not guarantee “recovery” like I thought it did when I first started on this journey, but early intervention does help and can give a child the tools to be indistinguishable from their peers. The reality is, if your child is exhibiting autistic symptoms and you keep your head in the sand, you’re wasting precious time. As parents we would move mountains for our kids. Sometimes the biggest mountain we have to move is our own pride.

Stay tuned next week to read Danica’s next post! 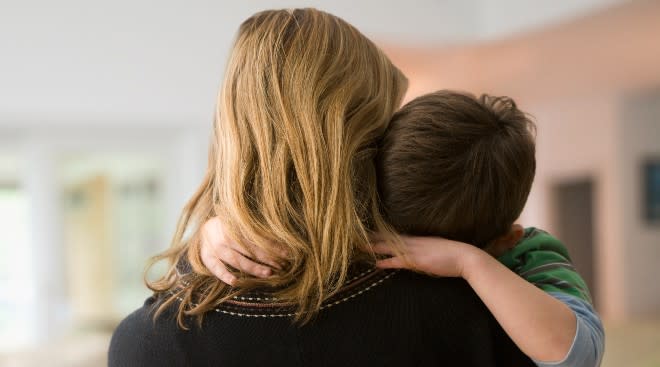