How to Tell if You’re Experiencing Postpartum Anxiety

Here’s the 411 on the difference between postpartum anxiety and postpartum depression—and how you can get support when you’re feeling stressed out.
Save article
ByKorin Miller
UpdatedSep 2018 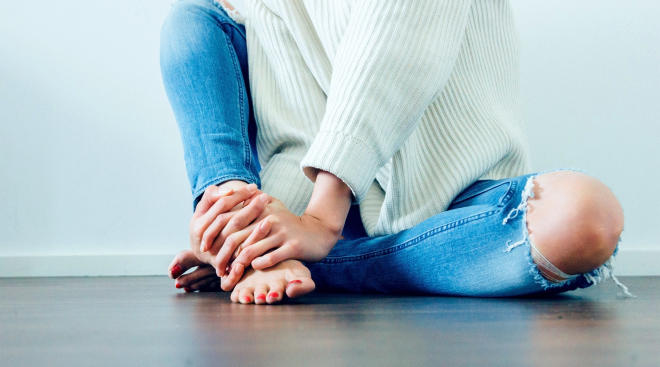 Postpartum depression has gotten a lot of attention recently, and for good reason: The mental health disorder affects one in nine women. But there’s another important postpartum mental health condition that should be on your radar too: It’s called postpartum anxiety, and while it’s not as well known, it can also have a serious impact on your life as a new mom. So how do you know if you may be suffering from one and not the other? Here’s how to spot the symptoms and get help.

What Is Postpartum Anxiety?

Life with a newborn can be stressful, and nearly all new moms experience some level of anxiety. But postpartum anxiety makes women feel constantly on edge, to the point where it’s all consuming. “It interferes with your life and ability to function normally,” says Michael Silverman, PhD, a psychologist and assistant professor at the Icahn School of Medicine at Mount Sinai in New York City. Generally, there are two different categories of anxiety: one having to do with “contaminating” your baby (for example, worrying that he’s going to eat something he shouldn’t), the other centering around accidentally harming your child (like if you were to drop baby on the floor).

So how does postpartum anxiety differ from postpartum depression? They can be seen as “two sides of the same coin,” Silverman says. “Often we think about depression as being about the past, about things we’ve lost, like a loss of independence and the life you once lived,” he explains. “Anxiety, on the other hand, tends to be more focused on the future, as in, ‘What is my life going to look like going forward?’” It’s also not uncommon for women with postpartum anxiety to also experience postpartum depression, but they can have anxiety on its own as well, says Christine Greves, MD, a board-certified ob-gyn at the Winnie Palmer Hospital for Women & Babies in Orlando, Florida.

The condition is just starting to be analyzed more closely, and statistics on how common it is differ. Leading organizations like Postpartum Support International and the American Pregnancy Association put the figure at 10 percent, but according to one 2013 study, postpartum anxiety may actually be more common than postpartum depression. In the study, published in the journal [Pediatrics], 17 percent of the 1,123 mom participating had signs of postpartum anxiety two weeks after they gave birth, while six percent had signs of postpartum depression.

As with postpartum depression, experts aren’t totally sure what causes some new moms to develop postpartum anxiety while others don’t. Still, Silverman says a few factors come into play. “There’s likely some relationship between hormones and the condition,” he says. There’s also a clear link between postpartum anxiety and a lack of sleep, which most new moms are forced to contend with. “We don’t know which causes which, but we do know that if you deprive someone of sleep, they will develop a mood disorder,” Silverman says.

Women who have a history of anxiety are also at a greater risk of developing the condition, Greves says, but she adds that expectation can play a big role in postpartum anxiety. “This is a period of time when we think we’re supposed to have a perfect life, but then all of these demands and sleep deprivation set in, along with a big change in hormones—that’s all kind of a trigger for it,” she says.

• Obsessively worrying baby will get sick. Moms with postpartum anxiety have racing thoughts and constantly fret that their child might come down with an illness or not get enough food or sleep, and repeatedly seek reassurance from others.

• Nagging fear you’ll hurt your child. Constantly worrying that something bad will happen to baby while you’re not paying attention, checking on her incessantly and avoiding potentially dangerous things like knives and stairs are among the signs of postpartum anxiety.

• Inability to focus and sit still. Moms with postpartum anxiety are often irritable and agitated, Silverman says, and can have a hard time relaxing or focusing their thoughts.

• Trouble sleeping and eating. If worries about your baby are keeping you up at night or affecting your appetite, you may have postpartum anxiety, Silverman says.

• Talking to a trusted friend or family member. This may be enough for women with less severe forms of postpartum anxiety, Greves says, but it’s important to talk to someone who’s uplifting and supportive.

• Therapy. This involves meeting with a licensed mental health professional to talk about and work through your anxiety. Silverman calls this the “gold standard” form of postpartum anxiety treatment.

The good news: Postpartum anxiety isn’t permanent, although recovery time can vary. “I do often see immediate improvement of symptoms after the first appointment,” Silverman says. “Speaking to someone who understands new moms and what they’re going through often makes them feel so much better.”

RIE Parenting: Is It for You