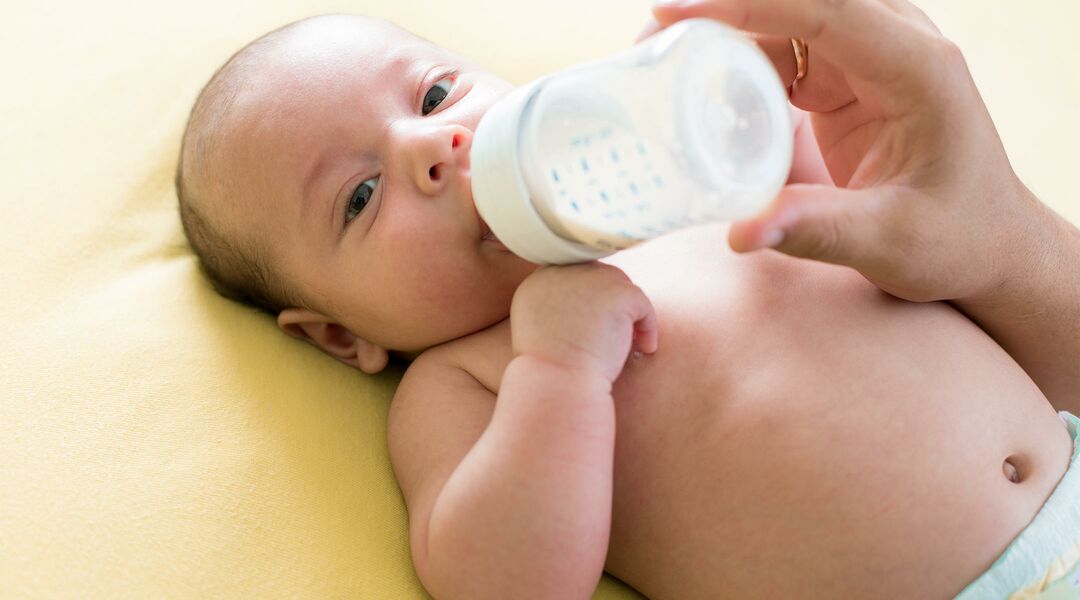 A recent, rare diagnosis is emphasizing the importance of properly feeding your infant. An 11 month old in Spain was diagnosed with scurvy after months of an almond-milk only diet.

Scurvy, typically associated with pirates and not much else, involves a severe vitamin C deficiency. This can result in symptoms like weakness, fragile bones, bruising, fatigue, irritability and rashes. According to this particular baby’s diagnosis, made public in the journal  Pediatrics, “the patient was referred for pathologic fractures of the femur, irritability, and failure to thrive.”

How did this happen? The Washington Post reports the child was fed cow milk-based formula until he was 2 and a half months old. This is okay—while babies can’t consume regular cow’s milk until one year old, the main ingredient in most formulas is derived from cow’s milk. But when he started developing rashes, his pediatrician suggested changing his diet. He was switched to an almond-based prepared mixture, consuming about 30 oz. per day.

For some babies, a plant-based formula would be okay. It depends on what other foods and nutrients they’re receiving. But this baby didn’t begin trying other nutrients—in the form of pureed fruits and vegetables—until six months. And he wouldn’t actually eat them. By 8 months, he was becoming less interactive and having trouble sitting. By 11 months, at which point he was still exclusively consuming almond milk formula, he was extremely irritable and cried if someone moved his legs. That’s when doctors discovered fractures in his femur, helping them make their scurvy diagnosis.

This has major takeaways for doctors and parents alike.

“When plant-based beverages are the exclusive diet in the first year of life and not consumed as a supplement to formula or breastfeeding, it can result in severe nutritional problems,” doctors from Spain’s Hospital Universitari i Politècnic La Fe de Valencia write.

The child was placed on vitamin C replacement therapy, and three months later, his levels are normal and he has started to walk.