Why Do Babies Spit Up?

Baby spit up is natural in those first few months, but why? Read on to find out what it is, what it isn’t and what’s normal. 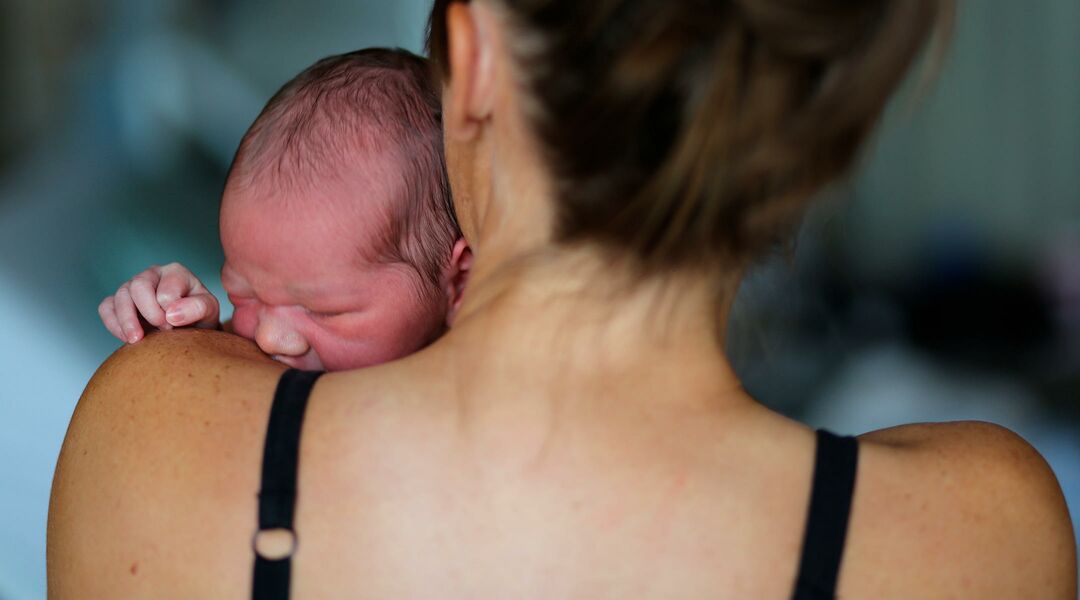 Baby spit up is a fact of life for new parents: It’s so common, there are even special cloths dedicated to cleaning up the stuff. But when it’s your child who seems to be spitting up constantly, it’s understandable that baby spit up would suddenly become a concern. Fortunately, experts say, most of the time it shouldn’t be. How much or how frequently a baby spits up varies from baby to baby, says Jeffrey Bourne, MD, a pediatrician at Providence Saint John’s Health Center in Santa Monica, California. Overall, he says, baby spit up is “very, very common and generally not worrisome.” Whether baby is prone to spitting up or you just want to be prepared for what to expect in those first few months, here’s what you need to know.

In this article:
Why do babies spit up
When do babies stop spitting up
How much spit up is normal
When is baby spit up a concern
Reducing baby spit up

Why Do Babies Spit Up?

To understand why babies spit up, it’s worth knowing what spit up is—and what it isn’t. Spit up is different from vomit. Vomiting is a forceful elimination of something by the body, while spit-ups tend to be “gentle regurgitations,” says Ashanti Woods, MD, a pediatrician at Mercy Medical Center in Baltimore. Plus, baby spit up tends to be in small amounts, while vomiting has more volume.

There are a few reasons why babies might spit up:

• They have reflux. Babies often spit up because of gastroesophageal reflux, a condition in which things that are ingested come back up from the stomach and out the mouth and nose, Woods explains. A valve at the bottom of the esophagus, called the sphincter, typically prevents that—but it doesn’t work very well in newborns. So the food climbs back up, Bourne says. Until that mechanism matures, babies are prone to frequent spit up.

• They had too much milk. The size of baby’s stomach in ounces is about half of his weight in pounds, Woods says, so a newborn who weighs seven pounds has a stomach capacity of about 3.5 ounces. “If a family were to feed baby four ounces of milk at one feeding, it’s a good chance the baby may have some spitting up,” he says.

• Their formula is not agreeing with them. If baby is fed formula, it’s possible she may be intolerant to the type you’re using, Woods says. If you suspect that’s the reason for baby spit up, talk to your pediatrician about switching brands.

• Something in your diet doesn’t sit well with them. If you’re breastfeeding, it’s possible that something you’re having, like too much caffeine, is increasing the amount of spit up, Woods says. But talk to baby’s pediatrician before removing things from your diet, especially since there are so many other reasons why baby might be spitting up. “We don’t want moms unnecessarily doing a huge elimination from their diet,” Bourne says.

When Do Babies Stop Spitting Up?

Babies don’t spit up forever—something worth remembering if you feel as if all of your clothes have been spit up on. While every child is different, Bourne says most babies will stop spitting up by 6 months. “Usually it just gets better and better with time,” he says.

Baby Spitting Up a Lot: How Much Is Normal?

Baby spit up should generally be a couple of tablespoons or less than an ounce, Woods says. If baby is spitting up more than that or is spitting up after every feeding, tell your pediatrician. Chances are, he’s fine—some babies simply spit up more often than others. “If your baby is still gaining weight and doesn’t seem bothered by his spit up, it’s usually not cause for concern,” Bourne says. “We call [these babies] ‘happy spitters.’”

When is baby spit up a concern?

If baby is lethargic, experiencing weight loss or has blood in her spit up, call the pediatrician, Woods says. A greenish tinge should also be flagged because, in rare cases, it may signal an obstruction in baby’s gastrointestinal system. Finally, if baby is spitting up and she seems bothered by it, it’s also worth calling the doctor. The acid in the spit up might be causing discomfort, and certain medications can make it less acidic.

If baby spits up a lot, you might need to do a little detective work to track down what causes baby to spit up. Here are a few methods that might provide clues—as well as some relief for baby:

• Hold baby facedown at a 30- to 45-degree angle after feeding. “This is often the position you would hold a baby to burp him,” Bourne says. Resting baby on your shoulder in this position for 15 to 20 minutes after a feeding should make a big difference in reducing baby spit up, Bourne says.

• Try feeding baby less at a time. If she seems hungry, you can make up for it by feeding her more frequently, Woods says.

• Consider changing your formula. It’s possible that another brand will sit better with baby.

If those methods don’t work, or you still have concerns about baby spitting up, talk to your pediatrician about next steps. Usually, though, there’s no need to worry. “Most babies will do fine with no changes,” says Woods—you may just need to wait it out.