"If you are awaiting your miracle, it’s on its way."

I wasn’t supposed to get cancer; I ate organic, juiced, exercised, eliminated toxic products from my daily routines, and helped others achieve optimal health. Nevertheless, it found me…during the most unlikely time.

My husband, Allan, and I battled unexplained infertility for four and a half years. After three failed fertility treatments, we finally found ourselves pregnant the “au natural” way! Then, at 18 weeks pregnant, I was diagnosed with Intrahepatic Cholestasis of Pregnancy—a condition marked by intense itchiness caused by a blockage of bile in the liver. Because of ICP, I started being seen by a perinatologist in addition to my ob-gyn and went for blood work every two weeks to ensure my liver was responding to the treatment.

These blood tests revealed something surprising: I was severely anemic and my white blood cell counts were off. My perinatologist referred me to a hematologist to take a closer look, but he wasn’t available for another month. Well, a week later, at 23 weeks pregnant, I woke up with a fever, aches, chills, a cough and a racing heart. My OB sent me to the hospital for 24-hour observation to make sure it wasn’t preterm labor (a common complication of ICP). They controlled my fever, confirmed I had the flu (H1N1), and gave me steroid shots to help my daughter’s lungs develop since I would be delivering early anyway due to ICP. They sent me home, but my fever and rapid heartbeat returned a day later. I was able to get an emergency appointment with the hematologist. As soon as he took a look at the trend in my labs, his eyes got wide and he admitted me to the hospital right away for a bone marrow biopsy.

Just a few hours after the biopsy, a perinatologist came in, realizing she would be the first to break the news to us: “I am so sorry to be the one to tell you, but you have Leukemia.” We were stunned, shocked—not expecting that one at all. The oncologist later joined us and both doctors stayed until 1:00 a.m., answering all of our questions about Acute Promyelocytic Leukemia. They emphasized that if we wanted our daughter to survive, I would have to start treatment right away.

APL is known to be highly aggressive, but thankfully it’s also one of the most curable types of Leukemia. I started one of the chemotherapies as soon as they left the room. However, because I was pregnant, I couldn’t use the “golden standard” treatment for APL (Arsenic Trioxide) until after I gave birth. This meant my daughter and I would endure two rounds of traditional chemo—the kind where all your hair falls out. They administered the infusions slowly and spread them out over five days while keeping me constantly hooked up to the fetal heart monitor. I had an “in-utero babysitter” in my hospital room at all times fixated on that monitor in case anything should happen.

Two weeks into my hospital stay, I woke up several times gasping for air. My husband quickly ran to get the nurses. Just as they were rushing me down to the ICU, I started coughing up a lot of blood (a rare complication of the chemo). The following hours are blurry, but the next thing I remember is an anesthesiologist, ob-gyn and a whole team of labor and delivery nurses setting up my room with an incubator and surgical equipment. They explained to me that they were standing by to do an emergency c-section because my blood oxygen was desaturating and I was crashing. My daughter was only 25 weeks.

I was determined to fight with everything I had. I looked the head doctor in the eyes and told him they wouldn’t need to perform a c-section because I wasn’t giving up. He gave me a polite smirk as he waited for me to crash. Miraculously, I fought hard and stabilized; my daughter remained safely in my womb. A week in the ICU was followed by a month and a half in the hospital so my daughter could be closely observed with biophysical profiles and fetal non-stress tests every other day.

Then, on July 12, 2016, after 30 hours of induced labor, I gave birth to my beautiful, perfectly healthy daughter, Alianna Love. Seeing her sweet face for the first time made the previous three months seem like an eternity ago.

I was able to breastfeed Ali for a month before starting treatments again. Gratefully, I had a generous milk donor that provided enough milk to last six months! My faith, family and overwhelming support from friends and complete strangers kept me strengthened and focused; I am delighted to report that on February 24, 2017, I had my last chemotherapy treatment. Now, in March of 2018, I just went for my one-year post-chemo follow up and I am still cancer-free! I am finally feeling stronger and more like myself again while chasing around my 20-month-old toddler. 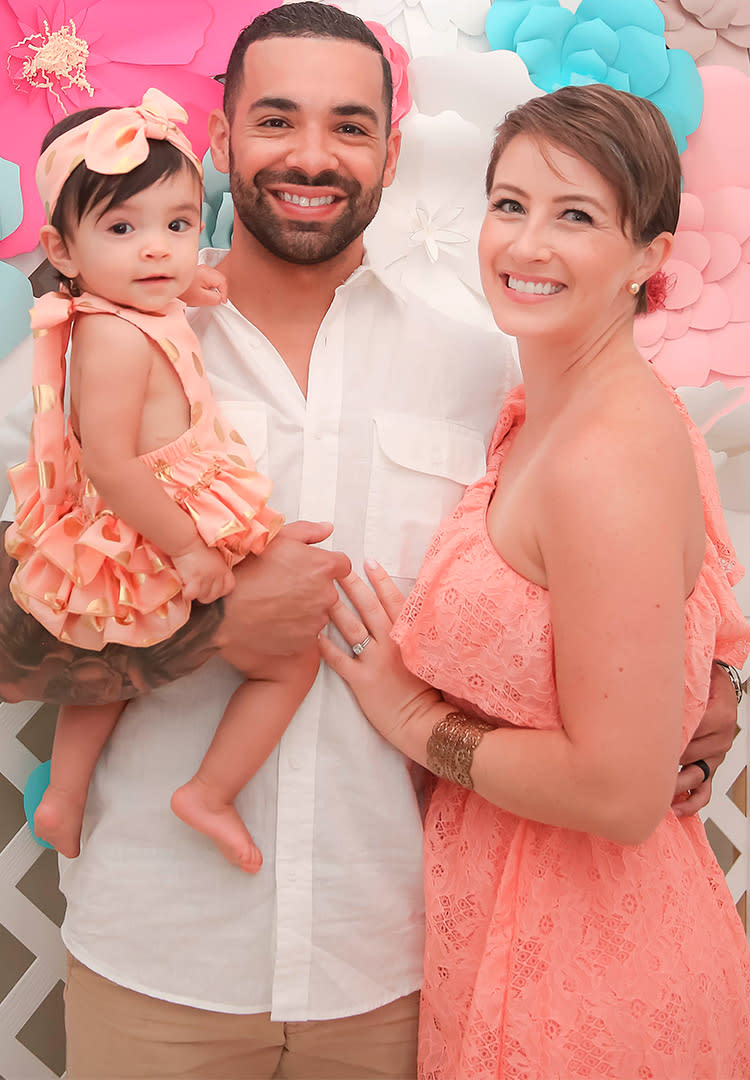 Here’s how I’ve chosen to sum up my story: Everything happens for a reason and in God’s perfect timing. Had my daughter come four and a half years prior to diagnosis—when we started trying to get pregnant—I may not have been diagnosed until it was too late. My daughter came at just the right time to save my life. So I can confidently say this: If you are awaiting your miracle, it’s on its way. It may not be in the manner you thought, but the timing will be perfect.

Julianna Guevara balances her profession as a Licensed Mental Health Counselor three days out of the week and a stay-at-home mom the other four. She lives in South Florida with her husband of 10 years, Allan, and her 1.5-year-old miracle daughter, Alianna Love. For a closer look at her journey through infertility and cancer, visit her vlog at vloggingventure.wordpress.com. 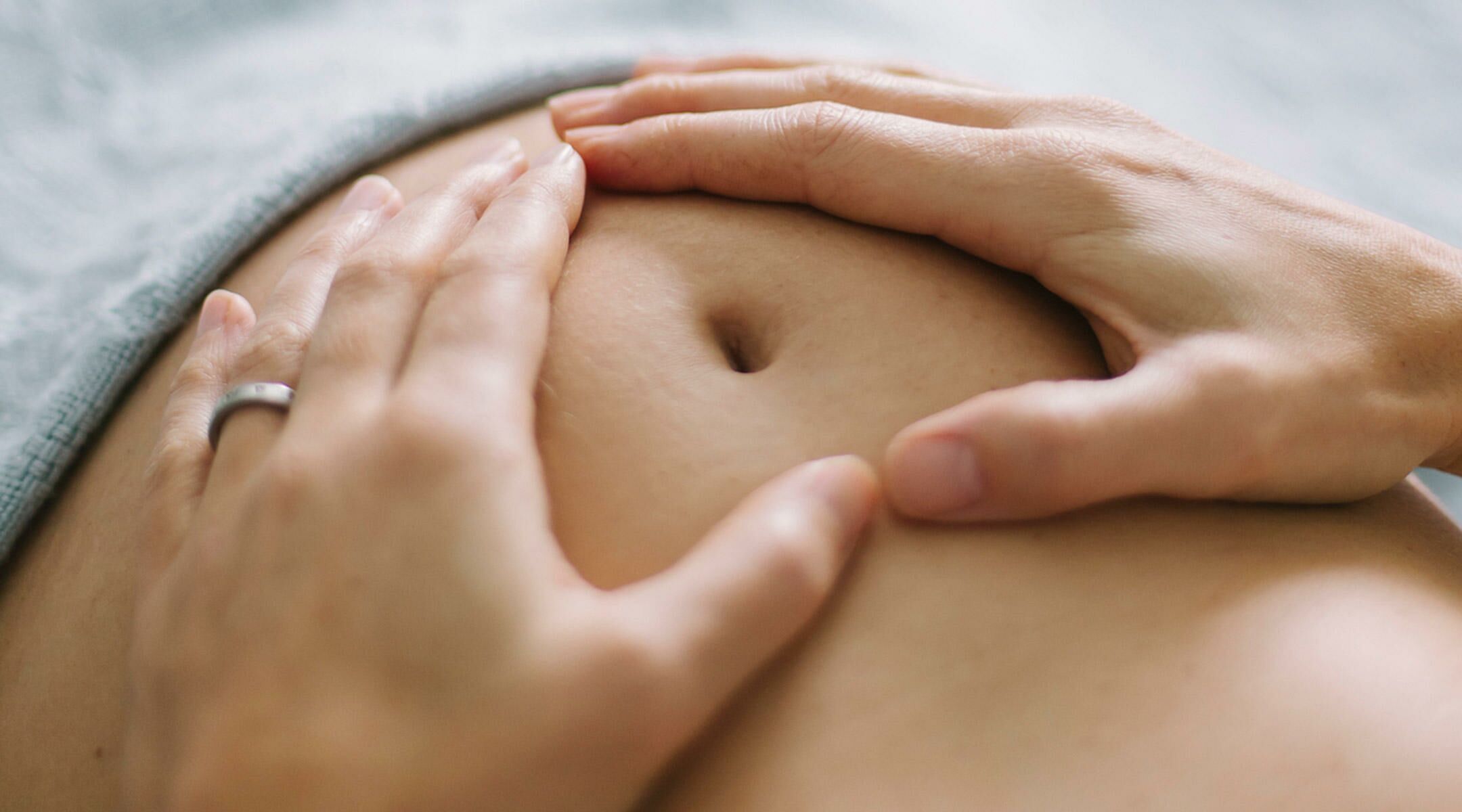