Don't feel like sharing your baby name with the world just yet? Here's how to keep it on the down-low and dodge those pesky questions. 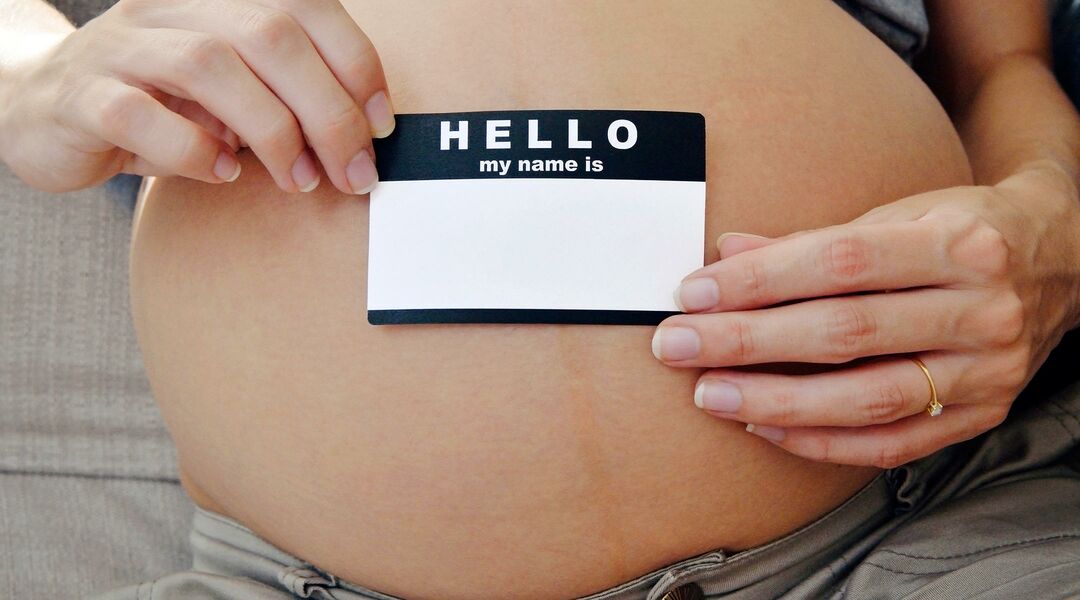 If people keep asking about baby’s name and you’re intent on keeping it a surprise, you could consider using a decoy baby name. Using a decoy baby name means telling everyone you’re planning to name the baby one thing (Angelique)—when all the while, you know it’s going to be something else (Sophia!). This is a trend that’s been picking up speed—we’ve noticed Bumpies on The Bump message boards talking about decoy names more than ever before.

So why do people choose a decoy name? When everything about your baby-to-be is so out in the open (think: your pregnancy announcement, your baby shower and, well, your obvious, growing bump), sometimes it’s nice to have something that just belongs to you, your partner and baby. Plus, who really wants to hear everybody’s opinion on which name is best for baby and why? Not you, that’s who!

A decoy name is one way to dodge those pesky (and overly personal) naming criticisms. If you don’t want anyone pooh-poohing your favorite name, keeping it to yourself is one way to go, but going so far as to create a decoy name will keep curious people from continually asking.

It’s not for everyone, though. We asked moms to weigh in on why they opted for a decoy name. Some were for fun (and they’re pretty hilarious!), some were for privacy purposes and others, well, you’ll have see for yourself:

“My husband and I decided we’re going to keep the names we choose secret. We decided to have some fun with it, and whenever people ask us if we choose names we will tell them fake names: Thaddeus for a boy and Argentina for a girl.” — Lesliejay98*

“I told my husband that we are not telling our families the names we pick until baby is here. I said that I will probably tell people who ask that we’re going with historically significant names. (I’m a huge history buff and have two degrees in American History!), I’ll tell them it’s Pocahontas if it’s a girl and Opechancanough if it’s a boy!” — REL1776

“We’ve decided not to tell anyone the name we’ve picked out. My father-in-law asked this morning because we just found out the gender yesterday, and I told him we weren’t sure yet. But he kept insisting. So I told him we liked Margaret and Ann because it wasn’t a total lie. He literally cringed at both of them.” — mae21376

“When I was pregnant with my daughter, I loved the name Clara Jane. And all my well-meaning mom could talk about was my mean great-aunt Clara and she’d say, ‘Oh my gosh! Why would you name my child after such a mean woman?!’ I never even met the lady, but she ruined the name for me. So I have nothing but awe for people who are able to keep names a secret. I know I learned my lesson. Decoys are the way to go!” — Rachierach5543

“We have used a decoy name for both pregnancies. We’re not telling anyone this baby’s name because I don’t want to know how much they hate the name. And once the baby has arrived, it would be rude of them to tell me they don’t like his name.” — elenarichmond88

“We didn’t want to tell anyone, so we used famous male/female couples. We even gave the names to friends with straight faces and waited for person to realize we were not serious. It was fun!” — LesleyKnopp

“We tried telling people that we hadn’t decided yet, etc. But they still asked what names we were considering. I didn’t want to hear their feedback, so we started to use decoy names. It was our decision, so what did it matter what everyone else thought?” - Galeporter76

“I wish I’d had some decoy names. My mother-in-law asked me once in front of several people what names we were thinking of, and I said that we weren’t telling anyone yet, so she snapped at me, saying to just tell them! I did, but only because I didn’t want to start a fight. I really wish I had had some decoy names now. I’ll probably use them next time — see how much my mother-in-law likes that!” — LilMissVirginia21

“We picked out a nickname and called baby that until born. Actually we still occasionally call her the nickname.”

“My friends knew they were having a boy and would tell people they had a name but didn’t tell them what it was. Well, that pissed a lot of people off, and everyone was constantly hounding them about letting them in on the secret. They used decoy names just to get everyone off their backs! I felt bad for them.” — Rebecka01

“Our decoy name became baby’s nickname! It was the best idea we ever had: it kept noisy people away and it also gave us a chance to pick a name we really loved — and only because we loved it! We weren’t influenced by what anyone else thought. Plus, we got the most perfect nickname for baby!” — KristinG

How to Pick a Baby Name Without Picking a Fight

Top Baby Names of the Decade!