When Do Babies Recognize Their Name?

From the turn of baby’s head to a preschooler’s wobbly scrawl, here’s what you need to know about when kids respond to, say and write their name. 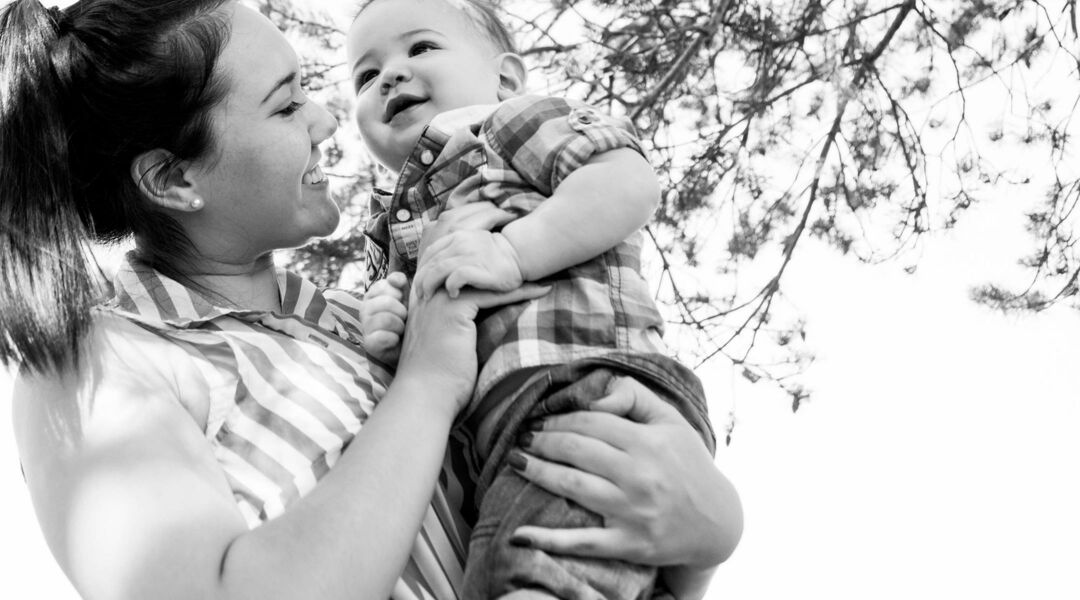 Before baby’s arrival, you probably spent countless hours scouring baby name lists, mulling over the options with your partner and maybe even polling friends and family. You might have Googled your top name pick and practiced writing it, saying it, maybe even yelling it. Now that baby is here, his name is constantly on your lips—so it’s natural to wonder: When do babies recognize their name? From responding to his name to learning to say and spell it, here’s a timeline of what to expect as he moves from the baby stage to preschool.

The Baby Stage: Responding to Their Name

Can’t wait to call baby by name and see her respond? “At the 9-month well visit we expect babies to turn their heads briefly when their name is called,” says Julie Capiola, MD, a pediatrician at Premier Pediatrics in New York City. But Capiola emphasizes that “all development is on a continuum,” and some babies may respond to their name a little earlier or a little later. “What’s important is that their overall social development is progressing, and that they’re doing things like responding to what you say and do, and making their own noises to try and get your attention,” she says.

So what can you do to help baby recognize his name? It’s all about repetition: Calling your child by his name over and over again provides the reinforcement babies need to learn.

The Toddler Stage: Saying Their Name

By 15 months, toddlers should be able to say about three to five words, with that number quickly increasing to 20 words around 18 months. Some babies take a stab at saying their name around this point, but it could also be a few more months before that happens. And that’s okay: As exciting as it is to hear baby babble some version of her name, Capiola says it isn’t actually a baby milestone that doctors look for. "It’s important to remember that the receptive comes before the expressive, so at 15 months we are looking for toddlers to be able to understand simple commands, like, ‘Take this napkin and throw it into the garbage can,’” she says. After 18 months, baby will go through what she calls “a language explosion,” and by 24 months, toddlers will be able to speak up to 100 words, which will usually include their name.

To help encourage speech, it’s important to talk to your child daily. You can reinforce your toddler’s name by weaving it into whatever you say (at breakfast, try, “This is Harper’s cup of milk and this is Mommy’s cup of coffee”). Capiola also prefers what she calls “normal vocabulary” as opposed to baby talk. “I always tell parents, even when you’re pushing the stroller down the street, you can have a one-sided conversation and narrate the day, like ‘Look, Joseph, the plane is flying high in the sky,’ and be sure you’re mixing in lots of adjectives and verbs, because all of this helps enhance language skills,” she says.

The Preschool Stage: Writing Their Name

Children are usually able to write letters around age 5, according to pediatric occupational therapist Lynn Herlihy, MS, OTR/L, who has a private practice in Brooklyn, New York. Two signs that kids are ready to start writing: They can imitate “pre-writing” shapes such as lines, crosses and closed circles, and can hold a writing tool in the tripod grasp (thumb and index finger holding pencil, which should rest on the middle finger, and other fingers tucked). But Herlihy cautions parents not to have children start traditional letter-writing too early. “This could result in a child who’s frustrated because they don’t possess the motor skills necessary, and promotes a negative view of writing as too hard,” she says.

Instead, make the learning experience a fun one. For kids who don’t have enough fine motor control to grasp a pencil, Herlihy recommends practicing writing with multisensory materials, such as finger paints, Play-Doh, shaving cream on the bathtub wall or tracing in salt on a cookie sheet. “You can also build letters and shapes out of any lines you can find, such as Popsicle sticks, pretzel sticks, French fries or Wikki Stix,” she says. Another playful pastime: reading storybooks with your preschooler, which will help reinforce concepts like how symbols relate to sounds and writing from left to right. Once your child is ready to wield a pencil, have him begin with capital letters, which are easier to tackle.
For kids who are struggling with writing their name, Herlihy suggests breaking the process down into manageable chunks, one letter at a time, until they’ve mastered proper top-to-bottom formation. You can also write their name in yellow highlighter and ask them to trace it using a marker of their choice. If your child is having a tough time remembering the sequence of the letters in her name, try writing them on individual index cards and asking her to order them. Another sequencing activity Herlihy suggests: Write her name on a strip of paper, out of order, with the letters spaced out. Have her cut out each letter, then put them in the right order and glue them on a new sheet.

There are tons of fun ways to practice name-writing at home, but if you suspect that your child is having trouble with fine motor dexterity, hand strength, visual perception or other developmental delays, discuss your concerns with your child’s teacher or pediatrician or an occupational therapist.