Believe It or Not: 7 Fun Fertility Superstitions 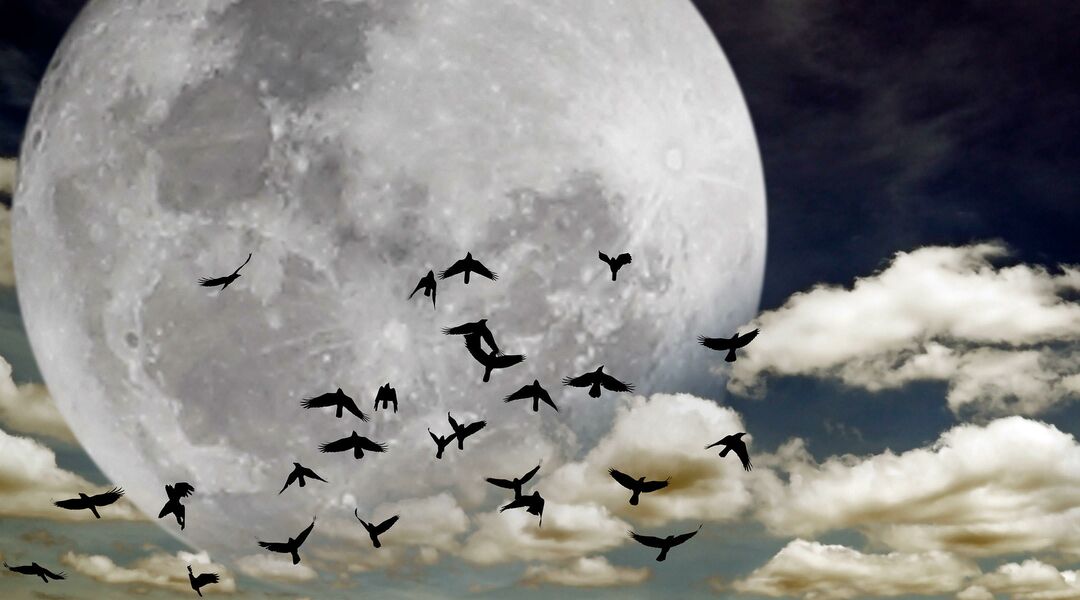 When you’re trying to conceive, there are some things you can control—like how and how often you have sex—but so much is out of your hands, especially if the process is taking longer than you want. So it’s easy to hang your hopes on a crazy-sounding long shot, like superstitions and popular old wives’ tales. “Superstitions give you an illusion of control,” says Jean Twenge, PhD, author of The Impatient Woman’s Guide to Getting Pregnant. But while there may not be much scientific evidence to back some of them up, the illusion is maybe just what you need. “There is the placebo effect, which can cause physiologic changes that may help the body achieve desired results—in this case, a pregnancy,” says Sara Twogood, MD, assistant professor of clinical obstetrics and gynecology at USC Keck School of Medicine in Los Angeles. These are some of the fun fertility practices we’ve heard about, and the truths behind them.

According to legend, 13 employees and friends of employees of the Ripley’s Believe It or Not! museum became pregnant after rubbing two “ fertility statues” carved by a tribe in Africa’s Ivory Coast. Ever since, sightseers who are hoping to conceive visit the statues, which are part of a travelling exhibit, to get their hands on them.

But it’s not just that single statue that’s said to have fertility-boosting powers: In China, as part of the ancient lifestyle practice of feng shui, an elephant statue should do the trick. The belief goes: Turn the elephant with the trunk facing up for good luck and fertility, explains Latham Thomas, a doula, yoga instructor and author of Mama Glow.

Stories about miracle statues like these have been around for centuries and across all cultures. But while it can be fun to believe, there’s no proof they can actually help with fertility. “It’s like when tribes do rain dances and it rains,” Twenge says. “People remember stories they hear where something worked, but they forget about the times they didn’t work because it doesn’t make as good of a story.”

Wait for the Full Moon

The ancient Romans linked the full moon to high libido and fertility, Thomas says—which actually makes sense: Moon phases and women’s menstrual cycles are both approximately 28 days long. Coincidence? Not necessarily. Twenge says moonlight could have affected women’s ovulation cycles in the pre-electricity days, so there might be a slight bit of truth to this one. But we live in a day and age with plenty of artificial light, so chances are your body isn’t ruled by the moon. Still, some women trying to conceive attempt to block out artificial light in the bedroom. (Maybe darkness really is the best mood lighting.)

Wear Rose Quartz or Other Crystals

For hundreds of years, crystals and gemstones have been thought to have healing properties by a variety of cultures, from Native American Indians to Tibetan shaman. Rose quartz “is connected to the Heart Chakra,” Thomas explains. “It’s said to support the female reproductive system.” While nobody can really say if wearing these gems can help, if it makes you feel more positive and hopeful, then why not? “I recently read something about rose quartz helping with fertility,” says Bump user and TTCer Katy P. “I don’t really buy into that new-agey stuff, but here I am, wearing a rose-quartz bracelet!”

They say a spoonful of sugar makes the medicine go down—can a spoonful of honey can help cinch a pregnancy too? Lots of women have heard about honey as a possible aid in conception—and there actually may be something to it. “Honey has antioxidant and anti-inflammatory properties, which have the potential to help optimize fertility, particularly for women with unexplained infertility,” Twogood says. In fact, researchers have looked into this: One 2010 study tracked mating rabbits that were given bee pollen, and found that taking the raw ingredient for honey significantly increased the conception rate, milk yield and size of the litter. An earlier male infertility study in 2008 found that a vaginal application of honey and royal jelly (a honey bee secretion) helped couples conceive by combating low sperm motility.

“Old wives” have always had a knack for creating strange superstitions. “My sister lived in Belgrade, Serbia, and older women would yell at younger women about sitting on a cold stone wall or steps because they said it would make you infertile,” says Bump user Elizabeth W. Clearly this one isn’t true—plenty of people have conceived after sitting uncomfortably. But according to Russian and Eastern European folklore, sitting on a “cold surface”—stairs, snow, concrete—could leave you susceptible to catching diseases that could lead to fertility issues. Legend has it that during the 1986 Goodwill Games in Moscow, media mogul Ted Turner was accused of plotting to wreak havoc on Russian women’s fertility after having the stadium built with concrete seats.

Don’t Sweep Under the Bed

You know sweeping things under the rug is a no-no, but ever hear you shouldn’t clean under your bed? This is another one that may have its origins in feng shui. The ancient philosophy encourages couples who are trying to conceive (or who are already pregnant) to nix any sort of under-the-bed cleaning. It’s believed that the soul of your unborn child circulates around you, especially when you sleep, as it works to become a physical part of your family. “I think this is just an excuse not to vacuum,” Twenge jokes. “It’s like, ‘Let’s forget about cleaning out the dust bunnies and just have lots of sex!’ Sounds like a good plan, doesn’t it?”

“So what’s this craziness about pineapple core helping with implantation? I read that it reduces inflammation, therefore assisting with the implanting,” wrote Bump user teacherlindz. “Did this work for anyone?” Most fellow TTCers said no—but she was right about one thing: “Pineapple does have anti-inflammatory properties and could therefore theoretically help,” Twogood says. But beyond that, she says, there’s no evidence to suggest pineapple is the key to pregnancy.

Will these superstitions work? Probably not—but maybe it’s still worth a shot. “As with any complementary ways of optimizing natural fertility, if it doesn’t pose any harm—only potential benefit—I wouldn’t discourage women from using these methods if they wanted,” Twogood says. Just don’t look to these superstitions as a reliable way to increase your fertility: Twogood stresses the importance of discussing a variety of methods to optimize fertility with your doctor.