Thanks to Frozen, ‘Elsa’ Cracks List of Top 500 Names 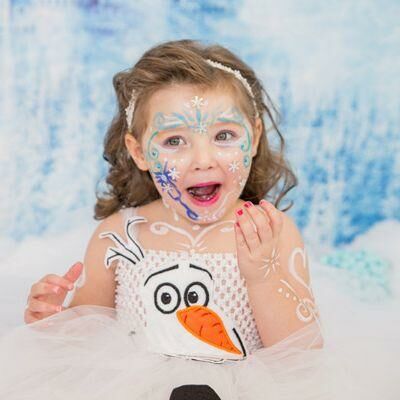 Call it the power of Disney.

According to the most recent Social Security Administration data for 2014, Elsa  snagged a spot on the top 500 baby names in the United States. Think it’s not such a big deal? This is the first time since 1917 (!) that the name has made the cut, reporting in at number 286. Clearly the braid-sporting heroine of 2013’s Frozen has had a serious impact on new parents.

To really prove how dramatic the jump is, check out Elsa’s spot just one year earlier, in 2013: At number 528, it was nearly half as popular. (In case you were wondering,  Anna , the name of Elsa’s sister in the movie, has had a steady spot in the top 50 since 1990. Gotta love sibling rivalries!) 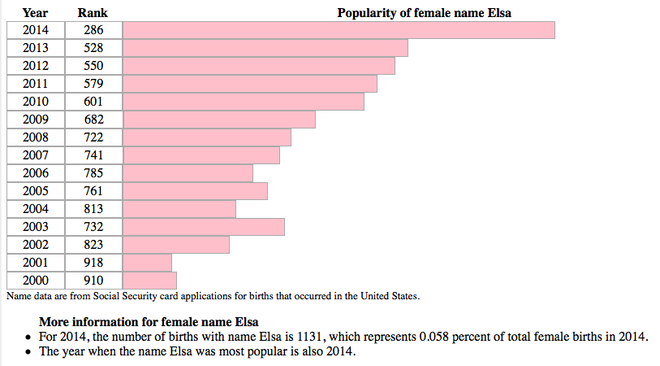 This isn’t the first time a Disney princess has helped boost a name in the ranks. After The Little Mermaid was released in 1989, the name Ariel , which had ranked decently at number 210 in 1988, skyrocketed from all the way to number 66 just two years later. Aladdin gave the name Jasmine  a little extra push after the movie’s 1992 debut, and The Princess and the Frog leading lady Tiana  leapfrogged (sorry) its way from spot 603 to 335 just one year after the movie release.

Real-life princesses pack a punch as well: The name Diana , as in Diana, Princess of Wales, jumped from spot 118 to spot 64 from 1980 to 1982. Not-so-coincidentally, the much-televised wedding between Diana and husband Charles took place in 1981.

Which name will get the royal treatment next?