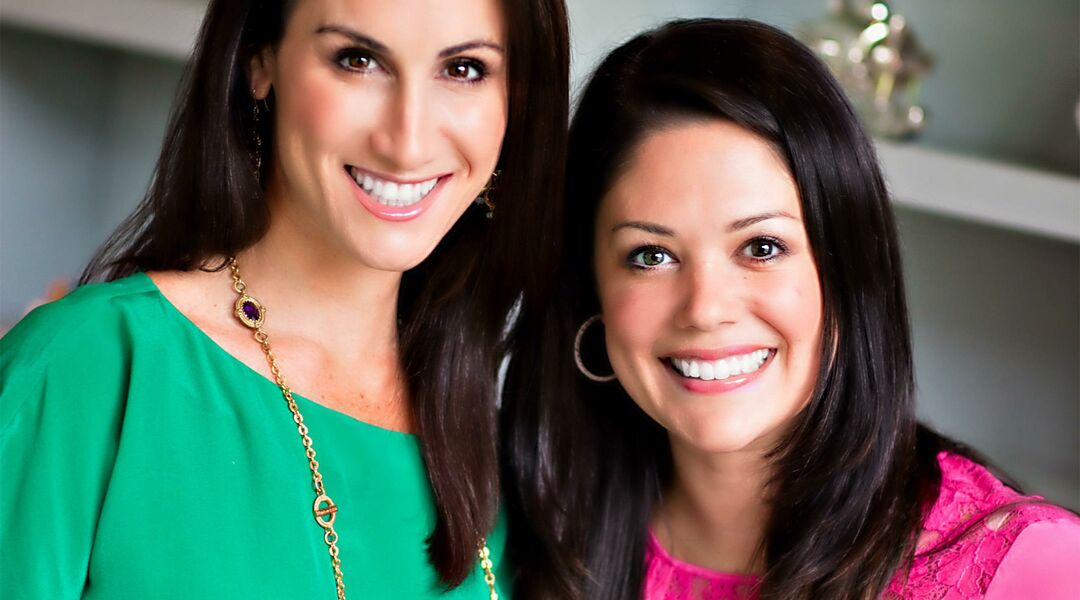 We’re getting up close and personal with mothers who are savvy innovators and businesswomen and finding out their secrets to success. This time, we got the scoop from a dynamic duo: Melisa Fluhr and Pam Ginocchio, Co-Founders of Project Nursery.

The Bump: Tell us all about Project Nursery and what inspired you to start it.

Pam: We are eye candy; we like to say we’re eye candy for the pregnant moms. And dads, too — they get pretty into it. We’re all about inspiring parents to go out there and create their dream nursery. Any style, any budget. We like to say it is their entrée into the design world because many times this nursery is their first design project. It’s such a personal space, and they’re starting without any other influences from other aspects of the house.

Melisa: We started in 2008. My husband and I moved to California, and we had a home that we were renovating but I didn’t have a huge budget. I went onto  HGTV.com and applied to win a home makeover — and won! I had a camera crew at my house within days. The show uploaded my son’s nursery photos and it became the #1 nursery on the site. I was inundated with emails. Pam and I had both just moved to California — she was in San Francisco and I was in LA at the time — and we would talk on the phone and trade emails about design and nurseries. When this happened, I said to her, “Let’s start a blog. Are you in?” She was like, “What’s a blog”? I thought, “This can’t be that difficult. We can do this.” Little did I know what we were entering into.

Pam: From there, the blog really took off, and people started coming to it, and relating, and commenting, and it grew and grew. Almost two years ago, we developed a platform so that our readers could upload photos of their projects themselves. That’s what really took off — people were getting a peek into these nurseries and being able to have a dialogue with other parents. These parents were so proud of what they had created for their children and wanted to be helpful and inspire other parents. We are really, truly about showcasing their amazing work.

TB: What are your biggest pieces of advice for women looking to start their own business?

Melisa : Stay focused. I think it’s very easy to get distracted and go in a lot of different directions and try to be all things. I think the reason why we have been able to be successful is because we have really stayed true to the nursery; that is our main focus. We have a lot of other great aspects of the site, like parties and baby showers and first birthdays. But, at the end of the day, we chose a niche.

Also, be effective at what you are doing. I know when we started, there were a handful of other blogs that were doing what we were doing, so we thought, How can we be even better? That’s why we invested in technology. That’s how we always operate — how can you be continually improved and be better?

Put in a lot of hard work. It’s a lot of late nights, and a lot of long hours. We started this, and it wasn’t like we came out with a big investment and dropped a ton of money and hired a bunch of people to make it happen. It was a true daily grind with late nights and doing the work ourselves, figuring out the business and doing the research.

Pam: If I had to add anything, it’s that you’re sacrificing. Mompreneurs are sacrificing time away from their families and their children. You have to work at this. It could easily and quickly become a real responsibility and a job, so you have to love what you’re doing. My children totally know what I do; I’m going into the second grade classroom next week to talk about it for career day! Sometimes I can’t be at everything for my kids. But at the same time, I think I’m setting a great example for my kids that you can do it all if you’re willing to put in the hard work and make a few sacrifices.

TB: You both had small children when you started, right?

Melisa: Yes, my son Austin was very new. I had planned to go back to my old job after he was born, but we moved so I wanted to do something else. It is always great when you can do something that involves your children. I feel like that’s how most people start in this type of business.

Pam:  My daughter Gigi was two when we started, and my son Gray was five weeks. It was a really nice thing to have, being in a new city. There are a lot of women who try to “pick up” other moms in the park, because they want friends. It’s like going back to grade school — you’re starting over and you really, really need a support system. In a way, Project Nursery really offered that to Melisa and I in our relationship.

TB: How did you juggle starting the business with being new moms?

Pam: Nap time. If you’re going to start a business, do it right after the baby is born because they sleep a lot. When they’re toddlers, you’re in big trouble. Melisa had a great preschool setup where they had this fantastic all-day program, so she had so much more time during the day then me. Then, we’re not kidding when we say late nights. I would grab the laptop and head to the couch. My husband would go to bed, and my second husband was Melisa. We would get online and Skype for hours and blog. Luckily, now we have a team to do a lot of the work. Melisa and I can really be strategic, which is great because we really want to move this business forward.

TB: What has been the most rewarding aspect of starting your own business?

Pam: The most rewarding thing is to say, “Wow, we are over three million page views.” That’s big for us. We don’t have investors behind us, and we’re not out there in that sense. So, to do what we do from the comforts of our home and from cross-country with other working moms, has been really awesome. We don’t have a big advertising budget. We have social media and word of mouth, and that is how we have grown our audience. The fact that The Bump is calling us today, that is crazy.

TB: Are there any misconceptions people have about being an entrepreneur**?**

Pam:   When you’re a stay-at-home mom and work-from-home mom, the perception is often not that you have this thriving business because you are wearing Lululemon all day and you’re maybe having coffee at Starbucks at one in the afternoon. But that doesn’t mean that you don’t have a successful business. Changing the perception with yourself was a big step for me.

TB: Do you think that being a mom has made you a better businesswoman?

Pam: Definitely. Since becoming a mom, I’m able to assert myself more than I ever would have in past work environments. There is something about being more outspoken on behalf of your children; it changes your personality in that sense. Learning to multitask and juggle and prioritize things — being a mom helps that tremendously.

TB: What are you working on now that you’re excited about?

Melisa:  Eventually, our kids grow out of the nursery, so we launched  ProjectJunior.com as a way to address the next age group, which is 3- to 9-year-olds. So, our families are inspiring us to keep going. Who knows what the next one will be — Project Dorm Room or Project Tween, maybe! We’re going to keep going.