Jennifer Keitt sheds light on the physiological and emotional impacts of racism, and what it was like facing discrimination as a child and as a mom.
facebook
twitter
copy link
email
save
ByJennifer Keitt
Human Behavior Consultant
Published June 8, 2020

The lights were turned off and the movie began. I was 13 years old and in 7th grade. I was the only Black person in my history class and that day, for some reason, our teacher was showing a film in which the narrator stated the phrase, “go home, nigger, go home.” I don’t remember the context of the film. I don’t know why the film was being shown. But I remember to this day how I felt when a White classmate said out loud, “that’s right, Jennifer, go home!”

Racism in America is real, and like cancer, it has spread throughout every facet of this country. Racism exists in our policies and practices; it also runs through corporations, schools, churches and throughout our society at large. Institutional racism is the enemy America has been sleeping with for far too long.

When I got married thirty-four years ago and my husband and I started having children, we knew that raising Black kids in America wasn’t going to be easy. I remember the time my youngest daughter slept over at a friend’s house. The next morning the little girl’s mom called me to tell me how “fascinated” her daughter was with my daughter’s “brown skin.” She told me that her daughter rubbed my daughter’s face to see if the brown would come off, because her daughter wanted to be brown too. Hmmmmmm. What was I supposed to say? “Yay! Your kid thinks brown skin can come off?” I got it, her kids had never had Black friends before and she was thrilled that now they did. I understood that she was excited that her daughter showed an interest in race. I could even see how she thought telling me this would somehow excite me too.

I wanted her to educate her children about the fact that there are different colors and ethnicities in this country and that the appropriate way to be friends with Black kids is to BE FRIENDS! Not rub them like pets. Friends care. Friends look out. Friends feel what you feel, see your perspective and speak up on your behalf—like the time my son was in his freshman year at college. He and his friends decided they wanted to go to some parties on campus. As they were making final plans on which party to attend first, one of my son’s White friends said, “no, we shouldn’t go to that frat party, they’re racist.” Wow. I thank God that my son had at least one real White friend who saved him from a potentially ugly situation.

This week I checked in with all four of my kids to see how they were processing and handling their feelings. My oldest daughter is married to a Black man. She told me his White boss called him this week to check on him and see how he was doing. My youngest daughter’s boss also called her to check in. All four of my young adult children (and their spouses) work in various industries—media, public relations, the nonprofit sector, investment banking and consulting—they are productive contributors to our society and I am proud of them. But at the same time, I’m very concerned for them and for Black Americans at large. The toxic stress coursing through our bodies because of racism in this country is taking its toll.

As fate would have it this week, in my doctoral program, we are studying stress and the brain. When a person’s “fight-flight-freeze” stress response system is on overdrive, it wreaks havoc on our brain and bodies. We can’t think straight. We suffer from anxiety. Our emotions are overloaded. We can’t sleep properly. We just feel wound up all the time. It’s not good for us! Racism in America is producing toxic stress at overwhelming levels. My heart aches and I want to support people as we fight for change.

To my brothers and sisters peacefully protesting and the activists on the front lines fighting for a change in the trajectory of this nation, I applaud you! I stand with you, and I care deeply about you. In order to combat the toxic stress of racism, remember these things:

• Process your thoughts and emotions regularly. Be aware of what you’re feeling and why you’re feeling the way you do. This will enable the executive function systems in your brain to do their job and help you respond to the stressors of racism.

• Protect your young children’s minds. I’ve seen our babies out there protesting hard and strong, and I am so proud. Our little ones need adult help in processing what they’re thinking and feeling too. Do not take for granted that they’re okay. Ask them, every day, all the time, what they’re thinking and feeling to help them build emotional intelligence. Protect their minds by helping them in age-appropriate ways to cope with their feelings.

• Pause periodically to breathe and reconnect with those you love. Love is a verb. It is patient, it’s kind, it’s magnanimous and it never fails. Pausing to reconnect with the people who love you and support you is vital for long-term success in this struggle. When we connect with those we love, we release oxytocin into our brains and bodies. This hormone helps mitigate and dampen the cortisol released during times of toxic stress. Physiologically, our bodies need time to heal, so pausing and reconnecting with the people who love you is a needed practice in order to go the distance.

I know that we still have a long way to go. But I sense that this time, things just might be different. Stay strong and healthy. Wear masks and mitigate the effect of toxic stress on your bodies. Keep raising your voices so we can be heard in this country. After all, it’s our home. 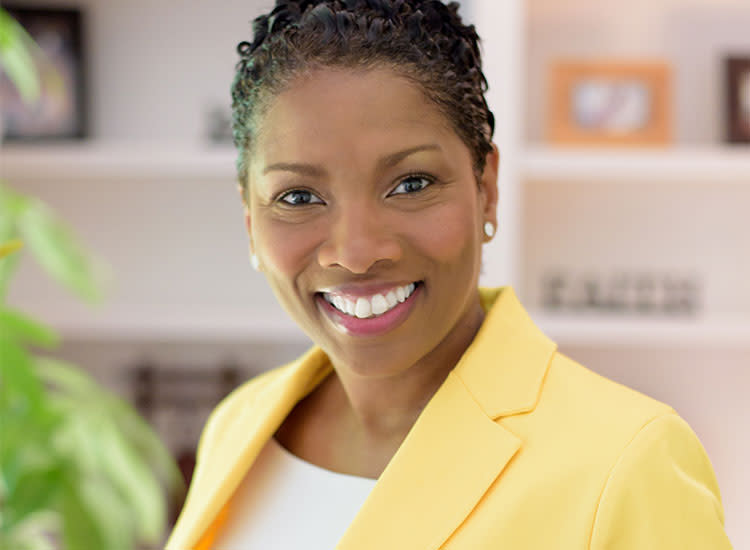 Jennifer Keitt is a certified human behavior consultant and executive life coach, and is currently pursuing a doctorate in education with a concentration in education psychology. She and her daughter just released a new children’s book, * #StrongKids, which teaches kids to use their thoughts and feelings productively and gain control over their emotions so they have more positive, peaceful days. Based in Atlanta, she currently lives happily as an empty nester with her husband Tony. Connect with Keitt on Instagram @JenniferKeitt and @thekeittinstitute, on Facebook @JenniferKeittRadio and Twitter @JenniferKeitt.*