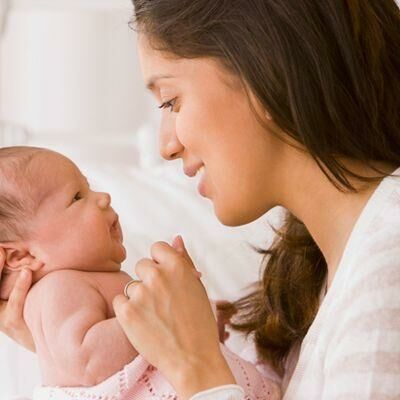 Some people say “never wake a sleeping baby,” but some moms actually do this a lot. And that could be a result of postpartum depression. According to a new study from Penn State University published in Child Development, moms with depression symptoms were worried and anxious about their infants’ sleeping habits at night, and were more likely than moms with fewer or no symptoms to wake their babies and disturb them.

Pediatricians urge parents not to wake their baby if he’s sleeping peacefully, isn’t experiencing distress and doesn’t need a feeding. Experts note that parental depression or excessive worry, disrupts both baby and parents’ sleep and also can lead to problems in the parent-child relationship later on. So why are depressed moms more anxious about baby sleeping at night than other moms? Researchers believe that the mothers’ symptoms of depression are directly related to moms’ lack of confidence in parenting and their emotional state.

The findings were part of a larger analysis, Study of Infants’ Emergent Sleep Trajectories (SIESTA). In the larger study, researchers analyzed data from 45 infants (ranging in age from one to 24 months) and their parents over a week. The mothers kept a sleep diary and also completed two surveys, one about depressive symptoms and the other about moms’ worries about their infants waking up at night. Researchers also set up video cameras where baby slept, at the door to baby’s room and two additional cameras where parents would take their babies at night, to see if the moms’ self-reported behaviors matched up to their survey answers.

If you think you might have postpartum depression, it’s important to seek help immediately. Talk to your doctor asap.

What do you think of these findings? Do you wake your baby up at night? Or worry about baby’s sleeping safety at bedtime?

Is it the Baby Blues or Postpartum Depression?