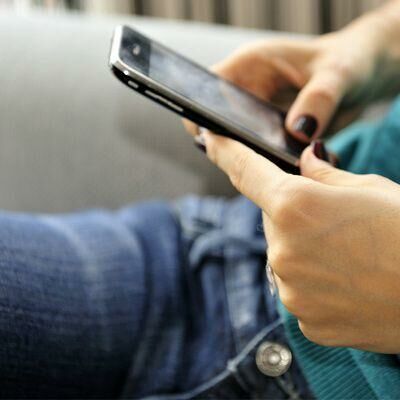 It may be a small start, but a text message could be the simplest way to boost a new mom’s day.

With the help of a grant from the Maternal Child and Family Health Coalition (MCHFC), researchers from Saint Louis University explored how supportive text messages could help low-income, racial minority mothers with postpartum depression. Their study was published in the journal JMIR Mental Health.

While they also had access to traditional counseling services, 54 at-risk moms received four text messages per week for six months. (At-risk women included those who scored above a 10 on the Edinburgh Postnatal Depression scale at an infant well-child visit.) Every woman received the same message, and no texts were repeated. Some texts were informational: “Having a routine is comforting to babies.” Some were motivational. Still others allowed for a yes or no response, asking the mom if she’d like a followup call.

Ultimately, the study aimed to create a support system where there wasn’t one. Most of the women were unmarried and didn’t have much help.

“There is a cultural norm in this community of strength, of absorbing whatever comes at them,” says study author Matthew A. Broom, MD. “We want to break that barrier that equates reaching out for help as weakness.”

The most promising part? This is an easy — and affordable — method of supplementing treatment. “The study shows us that there is another way to make contact with a group that has an extreme need. This is a relatively low-cost way to reach people,” Broom adds.