Talking About Social Anxiety With Your Child 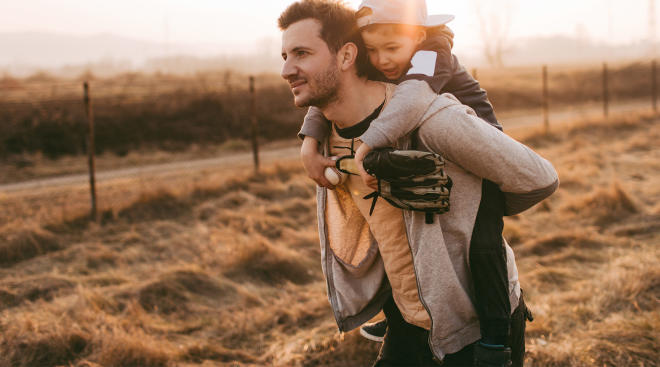 The following story, “ How to Talk About Social Anxiety at Any Age” by Melissa Liebling-Goldberg was originally published on Boomdash.

It’s not just about buying notebooks and new shoes for the approaching school year. Your child may be one of the many who is grappling with social anxiety over school starting. Whether it’s making new friends, knowing how to tackle recess or speaking in front of the class, you can help make the stressful transition easier for your child with these expert tips.

The first step in helping your child is identify if he or she is dealing with shyness, separation anxiety or social anxiety. “When we use the word social anxiety, that’s more about the child’s fears around their peers or what’s going to happen at school,” explains Dr. Dave Anderson, Clinical Psychologist, The Child Mind Institute. “What we might expect [from separation anxiety] is that there will be certain kids that cry or ask for their parents to stay a bit longer in the morning or are particularly distressed if their parent is late in any way in picking them up because it’s just their first time really, moving away from a close attachment figure.”

“Prep, prep, prep,” emphasizes Natalie Mohtashami, MA, LMFT, LPC. “I believe that the more you prep a child and go over the routine and keep it consistent, the better off they’ll be.” Start a few weeks ahead of the school year with activities that can help put them at ease once they’ve started school. Try "scheduling a play date with someone who will be in the class before school starts, walking the halls, visiting the cafeteria, the playground or other areas that are of concern, " suggests Samantha Meltzer, Psy.D, Director of Support Services, School Psychologist at Friends Seminary. “And then I would say, also role-playing some potentially challenging situations, like answering a question in front of the group or introducing yourself or asking a question or asking for help. If you can practice that with your children in advance, they might feel much more confident and prepared for those more common situations that arise at the beginning of the year.”

And think about how your child specifically will handle those types of efforts. “There are some kids that benefit from having some assistance early on just so their brains could map out ahead of time what they could expect,” says Dr. Debra Kissen, Ph.D., M.H.S.A., Clinical Director, Light on Anxiety. “But, then there are a lot of kids that that kind of planning ahead of time can just increase the anxiety, so you kind of have to know your kid also in terms of what will help and what will just feed the anxiety beast.”

Don’t be afraid to reach out to the school in advance. Meltzer suggests “letting someone at school know that your child is a little bit concerned or worried or anxious and having a point-person there to offer support and guidance, whether that’s the teacher or the head of the school or a school psychologist or counselor.” And it’s possible they can help before school starts to take some of the nerves out of confronting a new building or classroom the first day. Dr. Anderson suggests, “You might ask if during prep weeks or setup weeks if there’s any chance the child might see the campus, [if] the child might be able to visit their classroom and just start acclimating to at least some of the new novel stimuli so it’s easier to feel at home there, familiar with it when the actual school year arrives.”

“I also encourage parents to stay calm,” says Mohtashami. “Because a lot of times they get nervous about their children going off to school, and sometimes kids pick up on their stress and their anxiety.” Dr. Kissen echoes that for the first few weeks of school, suggesting “if there’s anything you can do behind the scenes so that life doesn’t feel as frenetic. If you could get up early so you’re not running around, you could create a calmer environment. If you could set yourself up, then you don’t have to mirror the frenzy that they might be feeling or they won’t be mirroring your frenzy.”

The way that you frame the conversation around school and anxiety can help your child. “We want to problem-solve instead of reassure,” says Meltzer. " And some problem-solving might also be in the way parents talk to their children or ask them questions prior to school starting." She suggests avoiding implanting ideas with questions about nerves or excitement regarding the new school year. “‘What are you looking forward to or what are you concerned about’” is a normalizing question because it assumes that there are going to be pros and cons to every situation."

Keep it up once school has started, encourages Dr. Kissen. "I would say maybe limiting the “How’s it going?” conversations and maybe doing something different when you see your child at the end of the day. Instead of, “‘How was your day?’” more, “‘What was one neat thing that you learned today?’” Anderson also suggests, “We want to make sure parents are having conversations with kids where they remind them that’s a new expectation they could have going into future situations, that in fact lots of kids want to play with them.”

Give your child tools to stay calm if they find themselves in a situation they can’t cope with. Meltzer suggests, “Practicing some coping skill-building with your kids can be really helpful, such as self-talk, being your own coach or cheerleader, saying encouraging words in your head when something comes up that makes you nervous like, ‘I can do this. I can get through this. I did this last year, for example, and even though I was nervous, it went okay or it went better than I thought it would.’”

Dr. Anderson also recommends coming up with a coping mantra, which you can reinforce once they are home. “At the end of the school day, what we’re trying to do when a kid comes back is obviously, if they’ve been unsuccessful, we’re trying to lift them and empathize with what’s happened and give them some optimism to try again the next day and if they’ve been successful, it’s really important for us to reinforce that and then keep reminding them of what works.”

If the social anxiety isn’t going away after a few months of school, it might be time to reach out for professional help. Meltzer explains, “6 months is the clinical cut off to meet criteria for a diagnosis of social anxiety, but if school starts in September and the excessive fear/avoidance continues, I would recommend that by or even before Thanksgiving break would be a good time to consult a professional.” And that shouldn’t feel like a stigma to yourself or your child. “Don’t wait until it’s very obviously impacting functioning,” encourages Dr. Kissen. “Sometimes parents fear, ‘Oh, I don’t want to put my kids into therapy because they’re going to feel stigmatized.’ But by checking in with someone and just coming up with a little plan of attack. It could be one or two sessions, could really make a difference also.” She suggests ADAA.org as a resource for parents considering a mental health professional.