Anxious about announcing to the workplace that you’re expecting? Here’s how to deliver the news. 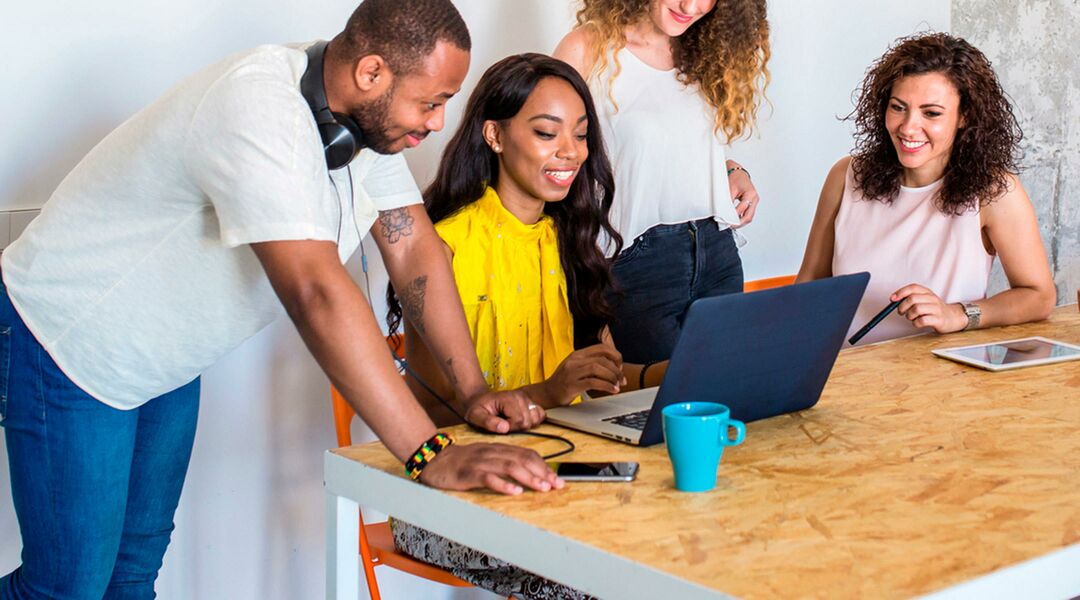 One of the best parts of early pregnancy is sharing the exciting news that you’re expecting. But when it comes to informing the workplace, many women aren’t quite so enthusiastic. Finding just the right time to clue everyone in—boss, colleagues, direct reports—and figuring out the best way to approach the topic can be tough. Here’s what the experts say about how to navigate this tricky process.

What to Know Before Announcing Your Pregnancy at Work

The maternity leave planning process doesn’t pertain to just your time away from your job. It concerns issues that arise from the moment you know you’re pregnant right through to your return to the office. That’s a lot to cover—so it’s essential that you do your homework before telling anyone at work that you’re pregnant.

First, know your rights. Dust off your employee manual and look into company policies regarding pregnancy rights and maternity leave. You’ll also want to read up on your rights under the Pregnancy Discrimination Act and the Family and Medical Leave Act (FMLA). Another thing to know: Under the Pregnancy Discrimination Act, the company should modify your responsibilities and assignments or provide disability leave if you’re temporarily unable to perform your duties.

“Deciding when to start your family can have an obvious impact on your career,” says Georgene Huang, CEO and cofounder of Fairygodboss, a site where women can anonymously share reviews of their employers and company benefits—so all this information can make it easier to create a comprehensive maternity leave plan. It also helps to hear how other women have approached maternity leave, whether it’s from friends or supportive communities found through sites like Huang’s.

How to Tell Your Boss You’re Pregnant

Now that you’ve learned about your rights, as well as what you can ask for from your company and what you might expect, you’re ready to share the news of your pregnancy with your manager. Take a deep breath—it’s not as scary as it seems, especially if you follow these simple steps.

Timing is everything. “Most women tend to tell their employers during the end of their first trimester or early into the second,” Huang says. “Waiting is in large part due to the risk of miscarriage early on in a pregnancy; however, if women are experiencing severe morning sickness or other medical issues early on, waiting may not be possible.” Some women delay as long as they can—before they start showing—to help themselves adjust to the idea of being pregnant. You may also want to hold off until you’re prepared to present a rough plan for your leave. If you’re up for a promotion, you might prefer to hear whether you got the job before deciding to break the news. “In short, timing can be largely subjective, based on personal experience and your specific circumstances at work,” Huang says. Remember, once you tell your boss, you’re also saying that you’re ready for the news to be public at work.

Delivering the news in person is crucial, and a professional one-on-one meeting with your manager is the way to go. “Prepare these discussion points in advance to address your own initial questions, as well as anticipate your manager’s initial questions: your due date, when you expect or prefer to start and end your maternity leave, and who you should speak to in HR regarding your company’s benefits, says Michelle Feiner, founder of Emissaries​, a recruiting agency that specializes in maternity leave fill-ins in the media, tech, entertainment, advertising​ ​and consumer-packaged-goods industries. And if you really want to demonstrate your management skills, present ​a rough draft of a suggested strategic plan for the transition, Feiner says. ​Tell your boss you’ll put together a detailed turnover report for the person(s) covering your role, including your standing meetings, an organization chart, project specifics, relevant external contacts and passwords, overall goals during your leave, your personal contact info and guidelines on when and when not to reach out to you.

Of course, your initial plan doesn’t have to include every detail, since you’ll want to work with your manager to ensure that the plan works for the team. You can also share suggestions on who you’d recommend to cover your role. “By starting an open dialogue with your manager now, you can easily bring up other questions in due time,” Feiner says. “For instance, where you’ll pump or if you can work part-time for your first few weeks after returning from leave.” It’s also important to mention your long-term commitment to the company and team (“When I return, my goals would include…”) and to ask your manager if there’s anything additional you can do to prepare. “This further demonstrates your commitment, work ethic and leadership skills,” says Feiner. “And if your manager is a parent herself, ask for any advice she may have as you prepare for working parenthood.”

Obviously, it’s hard not to want to share your news with your friends, family and coworkers, but you don’t want your boss to be the last to know. “Tell your boss first, because you want to gauge her initial reaction, which can be very telling in how she will respond to you as a working mom,” Huang says. “Also, you don’t want her to hear it through the grapevine and develop preconceived notions about how you personally will deal with maternity leave and the coverage of your responsibilities at work.” This means you’ll also have to keep the sonogram off social media until you have the talk with your manager. However, there is one exception to this rule. “The only time it may be worth considering telling someone at work other than your boss first is if you think your boss will not be particularly supportive or will take the news badly,” Huang says. “In that situation, it may be worth considering speaking with a trusted HR colleague and potentially having her join the meeting.”

How to Tell Your Direct Reports You’re Pregnant

Being a lady boss comes with plenty of responsibilities—and that includes telling your employees or the people you manage that you’re pregnant in a timely and professional manner.

If you directly report to someone, tell her first. “For bosses, a lot of the same guidelines apply as for employees, particularly with timing and communication,” Huang says. That means you’ll most likely be sharing your pregnancy news around the three- to four-month mark.

Set up meetings with your staff so they know what to anticipate now that you’re expecting, and give them an opportunity to raise any questions or concerns. “Have one-on-one conversations that mention a strategic plan, your timing and how this will affect their roles, and end with an open, transparent dialogue,” Feiner says.

Rumors can spread quickly through an office, so before the whispering begins, let your team hear about your pregnancy from you first. “Being open with your news and communicating with your direct reports will help avoid unnecessary gossip,” says Huang. Once that’s established, you should have a full coverage plan in place leading up to your maternity leave and share it well in advance of baby’s arrival so everyone’s bases are covered. “I’ve seen it happen: a manager goes into labor three weeks early and her team finally gets a gameplan two days after she’s delivered the baby,” Feiner says. “Meanwhile, the team missed some important client deadlines. This is stressful for the mother and the team.”

How to Tell Your Coworkers You’re Pregnant

Sharing the news that you’re pregnant with colleagues is usually less stressful than telling your boss or direct reports, but it still comes with a few professional guidelines.

Your work besties might feel like family, but think twice before telling them you’re about to become a mom. Again, “you should tell your coworkers you’re pregnant after you’ve told your boss,” Huang says. It’s also best to hold off until after you and your manager are both in agreement on who will cover your work while you’re on leave. If you have direct reports, let them know as well. This means the big reveal to your colleagues would typically end up coming around or just after the three- to four-month mark.

This really depends on your company culture and the dynamics of your team. “Delivering the news one-on-one could work for some; announcing the news with the assistance of your manager could work for others,” Feiner says. “Think about it from their point of view: How would you want to hear this news if the tables were turned?” While in-person is always best, sometimes that’s just not possible. “If you work on a large team with people in multiple offices, announcing it during a video conference or sending an email may be your best option,” Huang says.

Everyone has their work friends, but it’s important to still keep things business-appropriate. “Unless your colleagues are your close friends outside of work, keep your conversations professional,” says Feiner. “And during conversations about the future, be sure to subtly and gracefully remind your colleagues that you will be returning to work.” 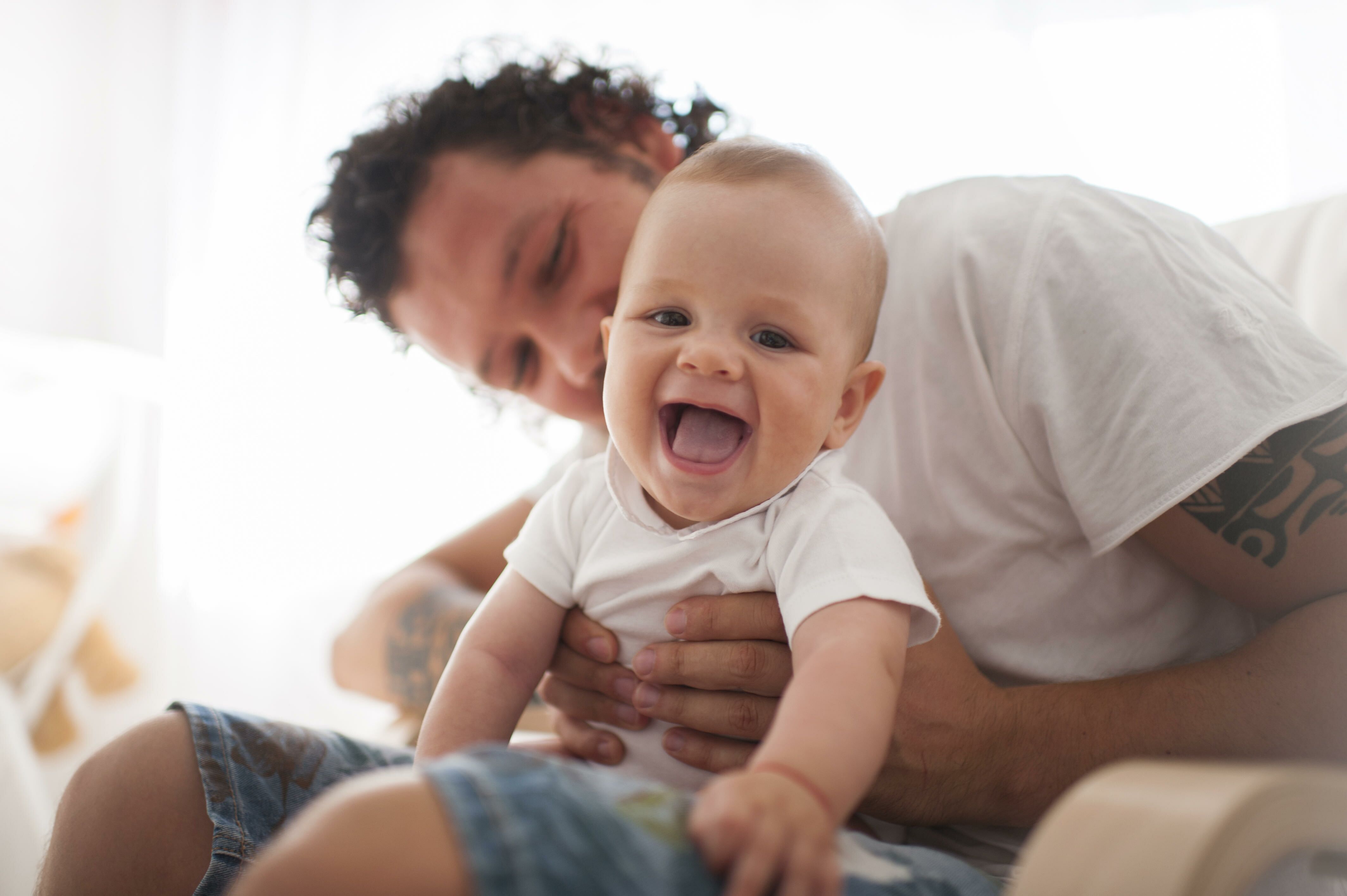